Candidates for Director A

Candidates for Director B

PDF of the statements and biographies 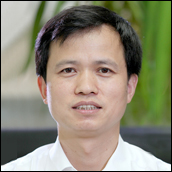 Shi-Min Hu
Candidate for Director A

Challenging problems in graphics continue to be driven by related applications such as robotics, synthetic materials, digital twinning, smart cities, gaming, 3D printing, stereoscopic display, social media, health, biology, etc. ACM SIGGRAPH must adapt its technical paper program along with other chapters, to promote truly innovative ideas and explore new areas, ensuring that ACM SIGGRAPH remains the most successful conference in computer graphics. Our organization must establish strategies to simultaneously maintain our leadership while embracing emerging interdisciplinary topics. As Director A, I will encourage and help to build better bridges with those communities.

The field of computer graphics is growing significantly in China and the rest of Asia, South America, Australia, etc. ACM SIGGRAPH needs to increase its international participation in both SIGGRAPH and SIGGRAPH Asia conferences, and to get the younger generation excited about this field by taking innovative approaches to the way conferences are organized and presented, taking full advantages of progress in telepresence and virtual reality.

In addition, and particularly important given the impact of deep learning technology, we should improve the review process to encourage papers with open-source code and data, to attract more submissions to SIGGRAPH conferences.

Shi-Min Hu is a Professor in the Department of Computer Science and Technology at Tsinghua University, China. He received his P.h.D in Mathematics from Zhejiang University in 1996 and was a post-doctoral research associate at Tsinghua University until 1998. His areas of interest span a wide variety of topics in the fields of computer graphics, image and video processing, and computer vision. Most of his recent work involves deep neural networks and their applications to graphics and vision. He has authored over 200 papers, with over half in top conferences and journals such as ACM SIGGRAPH, IEEE CVPR, ICCV, ACM TOG, IEEE TVCG, T-PAMI, and TIP.

He has served as a paper committee member for ACM SIGGRAPH ASIA in 2011 and 2014-2016, and the vice conference chair in 2016. He is now the chairman of ASIAGRAPHICS, a professional organization for the Asian computer graphics and interactive technology research community. 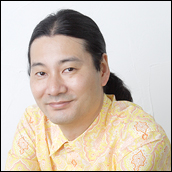 Masa Inakage
Candidate for Director A

Computer graphics and interactive techniques were once the drivers of innovation. Today, they have become commoditized. How might we put SIGGRAPH back at the core of innovation? How can we redefine SIGGRAPH to lead and shape a post-pandemic society? To tackle these challenges, futuristic thinking is required to imagine a desirable future and strategize towards that future.

In my past service as a Director-at-Large, I was involved in the expansion of the SIGGRAPH with SIGGRAPH Asia, to connect Pacific Asia to SIGGRAPH community, as well as the Digital Arts Committee, working to connect artists all over the world. I am interested in envisioning the desirable future for the SIGGRAPH community. To achieve this, further efforts to diversify our community are needed, by inviting more thought and vision leaders, policymakers, experience designers and storytellers to participate in SIGGRAPH’s mission. The diversity of community allows us to exchange ideas and translate those ideas into actions to spark innovation by connecting the dots. I would like to design strategies to make SIGGRAPH a premier conference and creative community on digital transformation and creative innovation in the cyber-physical society. 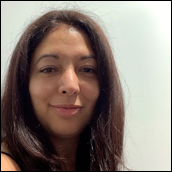 Mashhuda Glencross
Candidate for Director B

Having served as an elected Director-at-Large for the past three years, I have actively participated in ACM SIGGRAPH’s vision and strategy. Moving forward, there is much still we can do to better serve our diverse international community.

My focus on the Executive Committee has been on the ACM SIGGRAPH Frontiers strategy to grow the diversity of research areas and participation within the scope of the organisation, SIGGRAPH Chapters, and the SIGGRAPH and SIGGRAPH Asia conferences. We are now at a critical juncture, with major changes ahead, in how we will share innovative research, art, practice, and support our community.

If elected to a second term, I would like to grow our strategy for fostering diversity of content, connecting our breadth of communities globally and facilitating stronger engagement between industry and academia. Key to this goal will be a need to ensure that we are able to provide equitable access to content, development opportunities, and professional networking opportunities to all our global community members.

Dr. Glencross is deputy discipline leader of the Human Centred Computing Discipline in ITEE at The University of Queensland and leads the Graphics and Visualisation theme in the Centre for Energy Data Innovation, where she directs research into tools and technologies to support decision making in the Energy sector. With a background in industrially focussed research, her work in computer graphics has had commercial impacts across cultural heritage, collaborative VR, computer games, VR interior design and display and image-based capture technologies. She serves the computer graphics community as SIGGRAPH’s Director-at-Large and as a member of the SIGGRAPH Asia Conference Advisory Group. She is also a member of the steering committee of the ACM PACM journals, associate editor of the Computers & Graphics journal and a Senior Member of the ACM. 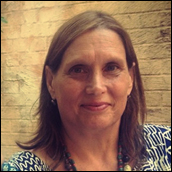 Barbara Mones
Candidate for Director B

It is an honor to be on the ballot for this important role. ACM SIGGRAPH’s professional diversity, blue sky attitude and openness to change in addition to its welcoming atmos-phere toward all that congregate to share common and overlapping interests is a secret to its success. Lessons learned from our remote conferences and gatherings this past year can be added to this recipe and applied to future hybrid interactions that will fur-ther enhance our culture. A mix of remote and in person opportunities can provide a more inclusive and accessible experience for worldwide event attendees. Hybrid gath-erings for educators, artists, students, and industry leaders can provide interdisciplinary community outreach year-round.

Since 1983, I have contributed to ACM SIGGRAPH as a member of the Education Committee, Art Committee, Panels Chair, Animation Sketches Chair, Electronic Theater Committee, and Nominations Committee. My professional development and participa-tion has inspired me to seek intellectual collaborations I could never have expected or imagined. My intention is to use the skills and experience I have acquired to give back to the community that helped me unlock this potential. I would like to support similar life changing experiences so others can enhance their quality of life.

Barbara Mones has been working to develop innovative applications in the areas of computer graphics, animation and narrative, immersive technologies in academia, and industry for over thirty years. She has worked at the University of Washington in Seat-tle Allen School of Computer Science & Engineering since 1999, where she is a Teaching Professor, Creative Director of the Animation Research Labs ( ARL) and Di-rector of the Reality Lab Studio. She has also served on the faculty of the Center for Digital and Experimental Arts (DXARTS) at UW.,

Working in the animation industry, she designed and implemented training programs in the areas of digital modeling, animation, technical direction and 3D paint systems at PDI/DreamWorks and Industrial Light & Magic. She received an Erskine Fellowship from Canterbury University in New Zealand to work at the Human Interface Technolo-gy Lab (HITLab) on immersive technologies for storytelling.

At UW, she leads interdisciplinary research and production teams in the areas of facial expressions and the design of XR curriculum along with the production of VR narrative experiences. The UW Facial Expressions Research Group (FERG) has published pa-pers in peer reviewed academic journals. For ten years, she was a tenured Associate Professor and the Founding Director of the Visual Information Technologies MA/MFA Program, a course of study in multimedia, computer graphics and animation at George Mason University in Fairfax, Virginia. Barbara worked for the White House and Nation-al Aeronautics and Space Administration on Al Gore's GLOBE (Global Learning and Observations to Benefit the Environment) Program, a project whose mission is to con-nect children from over the world through the internet to study satellite imagery and learn about the ecological impact of soil and water use. For this she was presented with a NASA Group Achievement award. She holds a BFA from the University of Mich-igan in Ann Arbor, an MFA from Rhode Island School of Design and a post-graduate certificate in animation from Sheridan College. She continues to be a practic-ing sculptor. 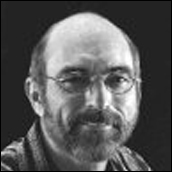 I am extremely honored to be selected as a candidate for ACM SIGGRAPH EC Director.

During my last three years as the ACM SIGGRAPH Treasurer, I have been able to accomplish many of my goals. I have worked closely with ACM to implement direct deposit reimbursements for our volunteers, improved the expense report procedure to clearly define and simplify the many codes that make up our budget, corrected numerous miscoded invoices, reduced the number of subcategories that were obsolete within the budget and assisted the Committee Chairs in achieving their goals while still staying within our allocated budget.

If re-elected, my goals include but are not limited to: creating an online expense report that will reduce the labor hours and latency it takes to reimburse our volunteers and suppliers, provide financial support to the Specialized Conferences to help them prosper and grow, and find ways to increase our member benefits to give back to our communities and help our committees achieve their goals.

Brad A. Lawrence is the Imagery Engineering Lead at the Kennedy Space Center in Florida. He began his career with the U.S. Navy in the field of Cryptology. From there he went on to various engineering duties for ITT and Texas Instruments before joining the Space Shuttle team in 1985. At the end of the Space Shuttle program, Brad managed the Image Analysis Facility, Motion Capture Studio and Advanced Visualization Studio.

Brad attended his first SIGGRAPH Conference in 1994 and joined the organization two years later. He began his SIGGRAPH volunteer experience with the SIG TV program in 1997 and held the SIG TV Chair position supporting the 2001 Conference. He then went on to Chair the Orlando Chapter for four years and later performed the Chapter’s Treasurer duties for another seven years. He has been a member of the Professional Chapters committee as the Chapters’ Treasurer since 2007. In 2013, he accepted the position as the EC Media Chair. He has served on the ACM SIGGRAPH Advisory Board and currently serves as the ACM SIGGRAPH Treasurer.