By the ACM History Committee

ACM, the Association for Computing Machinery, is the world's largest educational and scientific society, uniting  computing educators, researchers and professionals to inspire dialogue, share resources and address the field's challenges. ACM strengthens the profession's collective voice through strong leadership, promotion of the highest standards, and recognition of technical excellence. ACM supports the professional growth of its members by providing opportunities for life-long learning, career development, and professional networking.

The Association for Computing Machinery was founded as the Eastern Association for Computing Machinery at a meeting at Columbia University in New York on September 15, 1947. Its creation was the logical outgrowth of increasing interest in computers as evidenced by several events, including a January 1947 symposium at Harvard University on large-scale digital calculating machinery; the six-meeting series in 1946-47 on digital and analog computing machinery conducted by the New York Chapter of the American Institute of Electrical Engineers; and the six-meeting series in March and April 1947, on electronic computing machinery conducted by the Department of Electrical Engineering at Massachusetts Institute of Technology. In January 1948, the word "Eastern" was dropped from the name of the Association. In September 1949, a constitution was instituted by membership approval.

The original notice for the September 15, 1947, organization meeting stated in part:

"The purpose of this organization would be to advance the science, development, construction, and application of the new machinery for computing, reasoning, and other handling of information."

The first and subsequent constitutions for the Association have elaborated on this statement, although the essential content remains. The present constitution states:

"The Association is an international scientific and educational organization dedicated to advancing the art, science, engineering, and application of information technology, serving both professional and public interests by fostering the open interchange of information and by promoting the highest professional and ethical standards."

ACM membership is drawn from all sectors of the computing sciences and their applications, from the design and construction of computers to the development of appropriate programming theory and languages and the utilization of computers in scientific investigation, industrial control, management data processing, and the humanities.

Presently, professional and student membership totals over 100,000 worldwide. Institutional memberships for companies and universities were introduced in 1960.

In 2006, Advanced Member Grades were introduced.

ACM is governed by a Council consisting of 16 members and is the highest governing authority in ACM. Council is composed of the president, vice president, secretary/treasurer, the immediate past president, the Special Interest Group Governing Board (SGB) chair, three SGB council representatives, the publications board chair, and seven members-at-large. The president, vice president, and secretary/treasurer are elected to two-year terms by the members; the chair of the Publications Board is elected to a three-year term by the Council; and members-at-large are elected to two-year terms by members. The Council meets two times per year and the Executive Committee meets as necessary.

The headquarters office houses a staff of approximately 75 persons under the supervision of the chief executive officer (CEO). The staff performs necessary organization functions (membership, accounting, subscription fulfillment, etc.); coordinates and supports the activities of ACM chapters and committees; provides membership services (online books and courses); acts as a liaison for meetings sponsored by the Association; and produces ACM periodicals. It serves as an information center for members, news media, and the general public on a diversity of subjects in the general area of computers and their applications.

Five boards, comprising numerous volunteer committees and subgroups, work together with the headquarters staff to manage ACM's products and services. These boards are: the Publications Board, Special Interest Group (SIG) Governing Board, Education Board, Practitioners Board, and Digital Library Board.

ACM and the ACM Special Interest Groups (SIGs) sponsor, co-sponsor and cooperate with more than 170 technical meetings annually. Because ACM provides an objective arena for the discussion of novel and often competing ideas, many of these conferences have become premier world events.

ACM's Special Interest Groups (SIGs) in more than 30 distinct areas of information technology address varied interests: programming languages, graphics, computer-human interaction, and mobile communications, to name a few. Each SIG organizes itself around those specific activities that best serve both its practitioner- and research-based constituencies. Many SIGs sponsor conferences and workshops and offer members reduced rates for registration and proceedings. SIGs also produce newsletters and other publications or support lively e-mail forums for information exchange.

ACM publishes, distributes and archives original research and firsthand perspectives from the world's leading thinkers in computing and information technologies that help computing professionals negotiate the strategic challenges and operating problems of the day. ACM publishes journals, plus newsletters and annual conference proceedings. ACM is also recognized worldwide for its published curricula recommendations, both for colleges and universities and for secondary schools that are increasingly concerned with preparing students for advanced education in the information sciences and technologies.

Communications of the ACM, keeps information technology professionals up-to-date with articles spanning the full spectrum of information technologies in all fields of interest. Communications also carries case studies, practitioner-oriented articles, and regular columns and blogs. The monthly magazine is distributed to all ACM members. ACM Queue is a monthly magazine created by computing professionals for computing professionals that sets out to define future problems with the sort of detail and intelligence that readers in turn can use to sharpen their own thinking. Visit the ACM Digital Library for a complete list of ACM publications.

ACM also provides the ACM Digital Library, the definitive online resource for computing professionals. The DL provides access to ACM's collection of publications and bibliographic citations from the universe of published IT literature. With its personalized online services and extensive search capabilities, the Digital Library represents ACM's vision of an all-electronic publishing program.

The Digital Library contains the citations and full text of articles, representing all of ACM's journals, newsletters, and proceedings. Each citation contains links to other works by the same author; clickable references to their original sources; links to similar articles and critical reviews, if available; and digital object identifiers (DOIs) to easily manage electronic linkages to vendors.

In addition, the DL consists of a bibliographic database of more than a million citations from a broad range of information technology publications and publishers. Many of these citations contain abstracts and/or reference sections as well.

Student Chapter members and others may take advantage of the activities and services provided by the Association such as the Distinguished Speakers Program (DSP), the International Collegiate Programming Contest (ICPC), the Student Research Competition (SRC), and the Publications Program. Student chapters provide a natural setting to develop and demonstrate leadership capabilities -- an important factor both to students in their career development and professional growth, as well as to the future of the Association.

ACM-W is the ACM's Committee on Women in Computing, and several Regional Councils serve ACM members in Europe, India and China. In addition, many of ACM's professional and public service activities are conducted by standing committees, including Nominating, Elections, and Professional Ethics.
ACM is committed to bringing potentially significant technical and public policy issues to the attention of the ACM membership and community. It sponsors several committees to address these issues, including the RISKS Forum and the Education Policy Committee. ACM has two committees on Public Policy: the ACM US Technology Policy Committee, and the ACM Europe Technology Policy Committee. The ACM Office of Public Policy works with these Committees to assist policymakers and the public in understanding information technology issues, and to advance a policy framework that supports innovations in computing and related disciplines.

As the first society in computing, ACM (the Association for Computing Machinery) continues to provide quality content and information, community building, reliability and global vision to its members. With its unique role in advancing the art, science, education and application of computing, ACM is a leading resource for advancing the skills of information technology professionals and for interpreting the impact of information technology on society.

Freiberger, Paul and Swaine, Michael
Fire in the Valley: The Making of the Personal Computer
New York: McGraw-Hill, 2000.

Shurkin, Joel
Engines of the Mind: A History of the Computer
W. W. Norton, 1984

Communities of Computing: Computer Science and Society in the ACM is the first book-length history of the Association for Computing Machinery, profiling ACM's notable Special Interest Groups, active chapters, and individual members, and setting ACM's and the field's development into a rich social and political context. The author, Thomas Misa, is former director of the Charles Babbage Institute at the University of Minnesota. 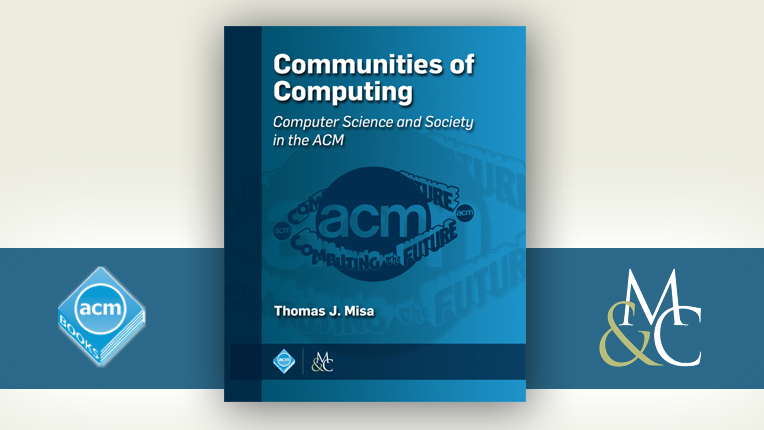