An ACM Emerging Interest Group (EIG) can be viewed as a starting point for creating an ACM Special Interest Group (SIG), a conference, or other new technical activity for ACM.

Starting an EIG doesn’t require the same level of administration that SIGs do. EIGs are meant to have a lightweight structure to allow new groups to form quickly and easily.

For more information for starting an ACM EIG, contact the Director of SIG Services at cappo@acm.org.

EIG on Smart Connected Communities
The Emerging Interest Group on Smart Connected Communities will provide a forum for those interested in the technological evolution of cities, towns and rural communities to interact and network. These communities are entering a new era of transformational change with their citizens increasingly connected to their infrastructure, built environment and resources by smart technologies. This transformation leads to new opportunities for innovation in computing, improved services, and enhanced quality of life. The EIG will bring members together through ACM workshops, conferences and publications.
JOIN!

EIG on Reproducibility and Independent Verification
The Emerging Interest Group on Reproducibility and Independent Verification (RIV) provides a distinct community of researchers focused on the reproducibility, sustainability, independent verification, model testing, benchmark data, guidelines and standard; while simultaneously promoting best practice across the ACM by working with interested parties to include their requirements into the tools, technologies, methodologies and techniques developed as best practice within the EIG. The EIG is not only an extension of the work already underway via the ACM SGB and the ACM Pubs Board, but supports developers of future tools, technologies, methodologies and techniques; outreaches into communities which may not feel/be included; disseminates best practice and training resources interested parties; and, supports and advises in the practical implementation of our work at conferences, journals, and other venues. Further, by gathering and disseminating the collective knowledge obtained by the different SIGs in their reproducibility efforts we can capitalize on the work already invested in ACM’s Reproducibility and Independent Verification community and ensure the legacy of the effort, within the ACM and externally to other organizations.
JOIN! 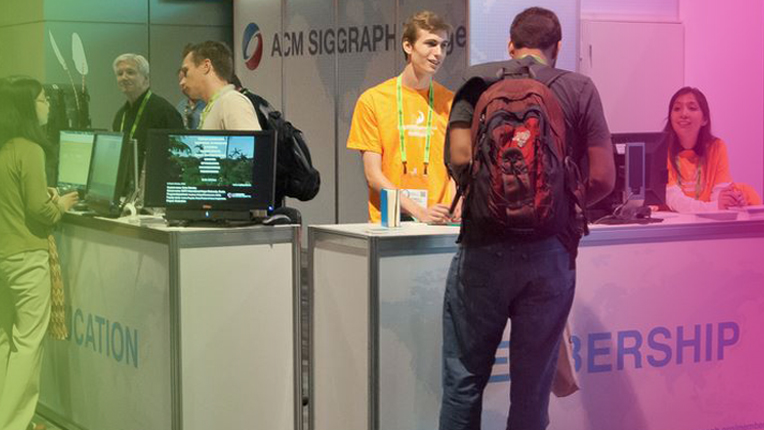