In the ACM India Council meeting and Annual General Meeting held on June 30, 2020, members elected Prof. Jayant Haritsa as President, Prof. Hemangee Kapoor as Vice President and Prof. Venkatesh Raman as Secretary/Treasurer. Appointment is for the term July 1, 2020 to June 30, 2022.

Jayant Haritsa has been on the faculty of the Department of Computational and Data Sciences and the Department of Computer Science and Automation at the Indian Institute of Science, Bangalore, since 1993. He received his undergraduate degree from IIT-Madras, and PhD from the University of Wisconsin-Madison. He is a Fellow of ACM and IEEE for his contributions to the design and implementation of database engines. He has been on the ACM India Council since 2018 and chaired the Steering Committee of the annual IRISS symposium run by ACM India. He is also on the Steering Committee of the recently instituted ACM India suite of awards, and a member of the Travel Grants committee.

Hemangee K. Kapoor received her BE from the College of Engineering Pune; MTech from IIT Bombay; and PhD from London South Bank University, UK. Since 2007 she has been on the faculty of the Department of Computer Science and Engineering at IIT Guwahati. She is a Senior Member of ACM and IEEE. She has been on the ACM India Council since 2014. She co-manages the process for the ACM India Doctoral Dissertation Award and serves as a member of the conference approval and Eminent Speaker Program committees. Her research interests are in the effective use of nonvolatile memories in caches and main memory, and in developing near-memory accelerators for machine learning.

Venkatesh Raman received his PhD in Computer Science from the University of Waterloo, Canada, and since 1991 he has been a faculty at the Institute of Mathematical Sciences, Chennai where he is currently a professor. He has been on ACM India Council since 2016 and served as Vice President from July 1, 2018 to June 30, 2020. He is on the steering committee of Summer/Winter Schools, Compute conference and Eminent Speaker Program. His primary research interests are in data structures and algorithms, and he has published a number of research papers and supervised several PhD students in this area. He has also organized or participated in a number of faculty development programs in the area of algorithms in colleges all over the country. 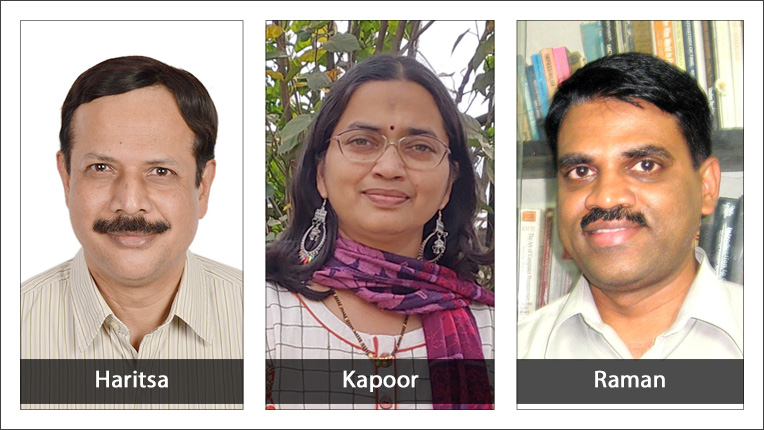