For the next ACM India Industry Webinar, we bring you another eminent technology leader from Indian industry who will speak about a technology phenomenon which forms the core of a connected world: Internet of Things (IoT).

Register now for the next session of the ACM India Industry Webinar series, "IoT: Connectivity to Cognition", to be presented on Saturday 1 February 2020 at 11am IST by Aloknath De, Corporate Vice President of Samsung Electronics and CTO of Samsung R&D India. All students, faculty and industry professionals are welcome to attend the webinar. Feel free to forward this communication to those who would be interested.

Abstract: IoT is essentially the ultimate “Integration of Technologies,” and it will unleash the possibilities of a truly “Connected World”. As IoT has unfolded and will continue to do so in near future, AI and Big Data will make IoT connections and automations lively. This webinar will describe how cognition will take centre stage in the evolution of IoT.

Aloknath is an influential thought leader and an accomplished technologist in the Internet of Things (IoT) space. He is a recipient of the Alexander Graham Bell Prize in Canada. He has also received IETE Memorial Awards for distinguished contributions in Electronics and Communications, IDC Insights Award for Innovation in Telecom, and the Zinnov Intrapreneur of the Year award. Apart from being a member of ACM, he is a Senior Member of IEEE and a Fellow of IE, IETE, and Indian National Academy of Engineering (INAE). In addition to more than 30 years of industrial and research experience, including BEL, Nortel (Montreal), Hughes and with ST-Ericsson where he was country director, he served as a visiting professor with IIT-Roorkee and IIT-Delhi from 2005 to 2011. He holds a BTech from IIT Kharagpur, ME from IISc Bangalore, and PhD from McGill University, Montreal, Canada. 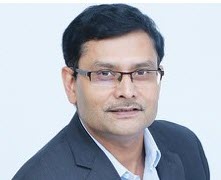