Register now for for the next session of the ACM India Industry Webinar series, "End to End Testing of AI Systems: Putting Quality Assurance Centre Stage to Avoid AI Accidents", to be presented on Saturday 18 July 2020 at 11 am IST by Srinivas Padmanabhuni, Co-founder of CityMandi.com and former president of ACM India. The host for this session will be Hemant Pande, Executive Director of ACM India.

All students, faculty and industry professionals are welcome to attend the webinar. Feel free to forward this communication to those who would be interested.

Abstract: Today artificial intelligence (AI) is at the centre stage for enterprises embracing digital transformation. AI systems are predicated upon generation of insights and patterns from large input data. However there has been a set of unfortunate accidents involving deployed AI systems, ranging from misbehaving chatbots, unfair recruitment systems, and accidents involving autonomous driving systems leading to loss of human lives. Compounding this is the fact that most successful AI systems today are black box systems leading to lack of full confidence in AI models in areas requiring strict compliance and involving human lives.

We performed a deep-dive root cause analysis of such AI systems, and discovered the lack of focus on testing and quality assurance of AI systems as the core reason. This stems from our deep expertise in delivering end to end AI systems in areas ranging from agritech to med tech. Our endeavour therefore is to develop systems, algorithms, techniques and frameworks for end to end testing of AI systems. Testing and quality assurance of AI systems is complex due to the lack of test oracles and non-deterministic nature of relationships. We present a bird's-eye view of testing challenges of AI systems. We also describe popular techniques for testing AI systems. Key among them include metamorphic testing and interpretability testing, testing for adversarial robustness and an extended notion of coverage called neuron coverage. Finally we present a path for research and practice in the emerging area of AI testing.

Presenter:
Dr. Srinivas Padmanabhuni is co-founder of CityMandi.com, a next-generation AI-enabled smart B2B startup in AgriTech focused on farm to fork. He has been involved with multiple startups in areas using AI. He is the chief mentor for Tarah Technologies, an AI consulting and training company. He is the Chief Intellect Officer for testAIng.com, an upcoming AI testing venture.

He is a guest faculty in CS at IIT Tirupati. He has been a president of ACM India. He was a Principal Research Scientist and Associate Vice President at Infosys, where he oversaw the university innovation ecosystem, alongside the research and innovation group at Infosys Labs. Srini was awarded the title of "Eminent Engineer" by the Institution of Engineers. He has won several other awards including Excellence Award for Innovation at Infosys, Research Excellence Award at University of Alberta, and Merit Award at IIT Kanpur.

He has eight granted patents with additional patents in process, one published book by Wiley, 100+ refereed international publications, 400+ invited talks across eight countries, and 15,000+ students lectured on AI and related topics.

Srini obtained his PhD from University of Alberta (Canada), specializing in AI. He secured his MTech in Computer Science from IIT Bombay and BTech from IIT Kanpur. 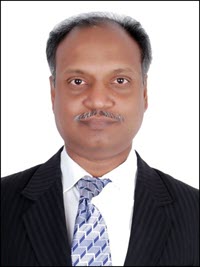