Register for ACM India Student Webinar on 28 April with Deepak Phatak: "Challenges of the Digital Century"

During these trying times, home education has taken a completely new meaning. The focus has shifted from physical to online classrooms and to the use of nonconventional learning resources. Aligned with this trend, ACM India would like to initiate a webinar series where eminent educators will share their thoughts and messages for the benefit of the student community.

We expect to run this miniseries for about a couple of months, with regular sessions on Tuesday mornings, until the resumption of regular academic schedule for students.

Register now for the inaugural session of our ACM India Student Webinar series, "Challenges of the Digital Century", to be presented on Tuesday 28 April 2020 at 11 am IST by none other than one of India’s most beloved teachers in computing, Deepak Phatak, from IIT Bombay. The host for this session will be Hemant Pande, Executive Director of ACM India Council.

Registrations are limited, so please register early and secure your spot. Although this is a student-oriented initiative, all students, faculty and industry professionals are welcome to attend the webinar. Feel free to forward this communication to those who would be interested.

Abstract: Continuing digital revolution is causing disruptive changes in the very manner our society functions. Neither conventional academics nor online education alone is likely to help us prepare for the challenges of the digital century. Perpetual skill-upgrade and quick adaptation are the key requirements. CS and IT professionals will additionally be required to further fuel the very disruption which they themselves need to face. The talk suggests how to rediscover the true essence of education, how to dovetail the digital means in our quest to prepare for the future, and how to rediscover and mold ourselves to do so confidently, meaningfully, and happily. The talk attempts to formulate a path which may help us prepare to successfully face these challenges in a better manner by treating these as opportunities, even during the trying times such as now.

Presenter:
Prof. Deepak Phatak obtained his Bachelor’s degree in Electrical Engineering from SGSITS Indore and his MTech and PhD from IIT Bombay. He served with IIT Bombay from 1971 until he retired in 2018. He headed the CSE department from 1991 to 1994, was the Dean of Resources from 1995 to 1998, the founding head of Kanwal Rekhi School of IT from 1998 to 2002, and headed the SJ Mehta School of Management from 2004 to 2005. He held the Subrao M Nilekani Chair Professorship from 2000 to 2013. Currently, he is a Professor Emeritus of IIT Bombay.

Prof. Phatak is recipient of the Excellence in Teaching award and the Industrial Impact Research Award from IIT Bombay. He was conferred Life Time Achievement Awards by Skoch foundation in 2003, by Data Quest in 2008, by Dewang Mehta Business School Awards in 2010, by Interop in 2014, by IIT Bombay in 2014 and by CSI in 2018. He was listed among the 50 most influential Indians by Business Week in 2009. The President of India honoured him with Padma Shri in 2013.

Prof. Phatak believes that teaching cannot be just a profession, but has to be one’s Dharma. His dream is to see a resurgent India, catching up with the world using IT as a springboard. 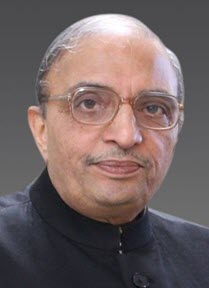