The ACM India ECR Award recognizes individuals in early stages of their careers who have made fundamental, innovative, and impactful contributions to the computing field while primarily working in India. The winner of the ECR award receives a prize of ₹15 lakhs. Financial support for the award is provided by Persistent Foundation. Additional information at https://awards.acm.org/acm-india-ecr.

Prateek is recognized for "his fundamental research contributions to the area of rigorous machine learning including non-convex optimization, stochastic methods, and robust learning."

Prateek Jain is one of the leading machine learning (ML) researchers in the country. He is well known internationally for his foundational contributions to non-convex methods for ML and resource-efficient ML. He has published more than 100 papers in top conferences and journals with over 13,000 citations.

Prateek received his Bachelor's Degree from IIT Kanpur and Doctorate from the University of Texas at Austin. During his PhD, he received the best paper awards at ICML 2007 and CVPR 2008. He returned to India in 2010, starting his research career at Microsoft Research India, and rapidly rose through the ranks to the highly reputed position of Senior Principal Researcher. In January 2021, Prateek joined Google Research India as a Senior Staff Research Scientist, and is the leader and co-founder of the Machine Learning and Optimization team. Over the course of the past few years, Prateek has conducted research in two diverse but foundational areas of ML: Provable Non-convex Optimization and ML Inference for Tiny Devices. He has been a pioneer in both these areas and has published several key results. His work on alternating minimization was recognized as the 2020 Best Paper award by the IEEE Signal Processing Society

In addition to his research accomplishments, Prateek has been instrumental in strengthening the Indian ML ecosystem and continues to create a strong impact on the Indian computing community. He has mentored more than 40 students, many of whom have gone on to become faculty members as well as PhD students in top universities in India and globally, including IIT Kanpur, Carnegie Mellon University, and Princeton University. Due to his contributions to ML research and Indian ecosystem, Prateek was also awarded the Young Alumnus Award 2021 by IIT Kanpur. 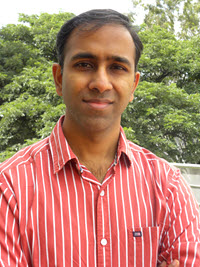