In the ACM India Council meeting and Annual General Meeting held on June 25, 2022, members elected Prof. Venkatesh Raman as President, Prof. Supratik Chakraborty as Vice President, and Prof. Meenakshi D'Souza as Secretary/Treasurer. Appointments are for the period of July 1, 2022 to June 30, 2024.

On a related note, Prof. Meenakshi D'Souza has been nominated as an ACM India Council member for a two-year term (July 1, 2022 to June 30, 2024) to replace Dr. Gargi Dasgupta who has resigned from the Council due to her relocation to the US. 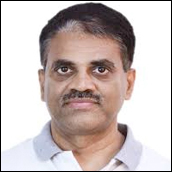 Venkatesh Raman obtained his PhD from the University of Waterloo, Canada, and since 1991 has been at the Institute of Mathematical Sciences, Chennai, where he is currently a Professor. His primary research interests are in the area of data structures and algorithms, in particular in succinct data structures and parameterized and exact algorithms. He has co-edited four volumes of Springer Lecture Notes in Computer Science, and he is on the editorial board of the Indian Journal of Discrete Mathematics. He has organized or participated in several faculty development programs (FDPs) on algorithms in institutions all over the country.

He has been on the ACM-India council since 2016, where he served as Vice-President from 2018–2020 and Secretary/Treasurer from 2020–2022. He played key roles in the initiation of ACM-India programs like summer/winter schools, conferences on Computational Thinking in Schools (CTiS) and in the revamped versions of the COMPUTE conference and ARCS symposium for PhD students. 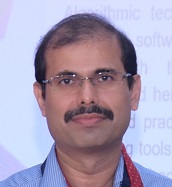 Supratik Chakraborty is Bajaj Group Chair Professor in the Department of Computer Science and Engineering at IIT Bombay. He received a BTech from IIT Kharagpur (India), an MS and a PhD from Stanford University (USA), and was a Member of Research Staff at Fujitsu Laboratories of America before joining IIT Bombay.

Supratik's research interests lie in the broad area of formal methods and their applications. He is particularly interested in scalable algorithmic techniques with strong guarantees for reasoning about different computational models. He has served on the ACM India Council for over seven years, and on the Council of Indian Association for Research in Computing Science for over 10 years. He is a Fellow of the Indian National Academy of Engineering and is a Distinguished Member of ACM. 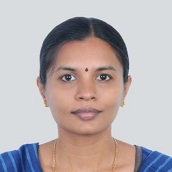 Meenakshi is a Professor at IIIT Bangalore. She has been an ACM India Council member since June 2018 and has been on the Steering Committee of ARCS Symposium, the Research Facilitation Committee, and the Committee for PhD Survey. Meenakshi has also co-organized the ACM India Grad Cohort and an ACM India summer school on IoT and Embedded Systems, both events being exclusive to female students.

Her research interests are in formal fethods, model based development for embedded software, software testing, and automata theory. She is also interested in gender diversity and accessibility issues in IT. Meenakshi teaches courses on software testing, automata theory and computability, discrete mathematics, graph theory and design, and analysis of algorithms in IIIT Bangalore. Meenakshi's course on software testing is also offered on the NPTEL and the Swayam platform. Since 2017, more than 39,000 students have enrolled in this course. 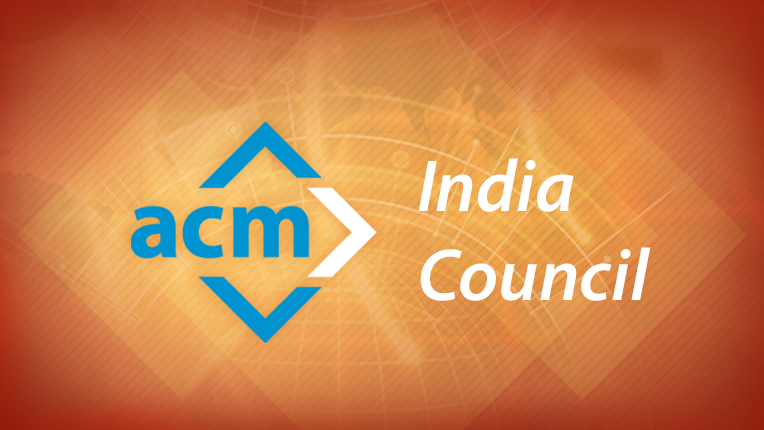