ACM has named Shafi Goldwasser of the Massachusetts Institute of Technology (MIT) and the Weizmann Institute of Science and Silvio Micali of MIT as the recipients of the 2012 ACM A.M. Turing Award. Working together, they pioneered the field of provable security, which laid the mathematical foundations that made modern cryptography possible. By formalizing the concept that cryptographic security had to be computational rather than absolute, they created mathematical structures that turned cryptography from an art into a science. Their work addresses important practical problems such as the protection of data from being viewed or modified, providing a secure means of communications and transactions over the Internet. Their advances led to the notion of interactive and probabalistic proofs and had a profound impact on computational complexity, an area that focuses on classifying computational problems according to their inherent difficulty.

The ACM A.M. Turing Award, widely considered the "Nobel Prize in Computing," carries a $250,000 prize, with financial support provided by Intel Corporation and Google Inc. It is named for Alan M. Turing, the British mathematician who articulated the mathematical foundation and limits of computing, and who was a key contributor to the Allied cryptanalysis of the German Enigma cipher and the German "Tunny" encoding machine in World War II.

ACM will present the 2012 A.M. Turing Award at its annual Awards Banquet on June 15 in San Francisco, California. 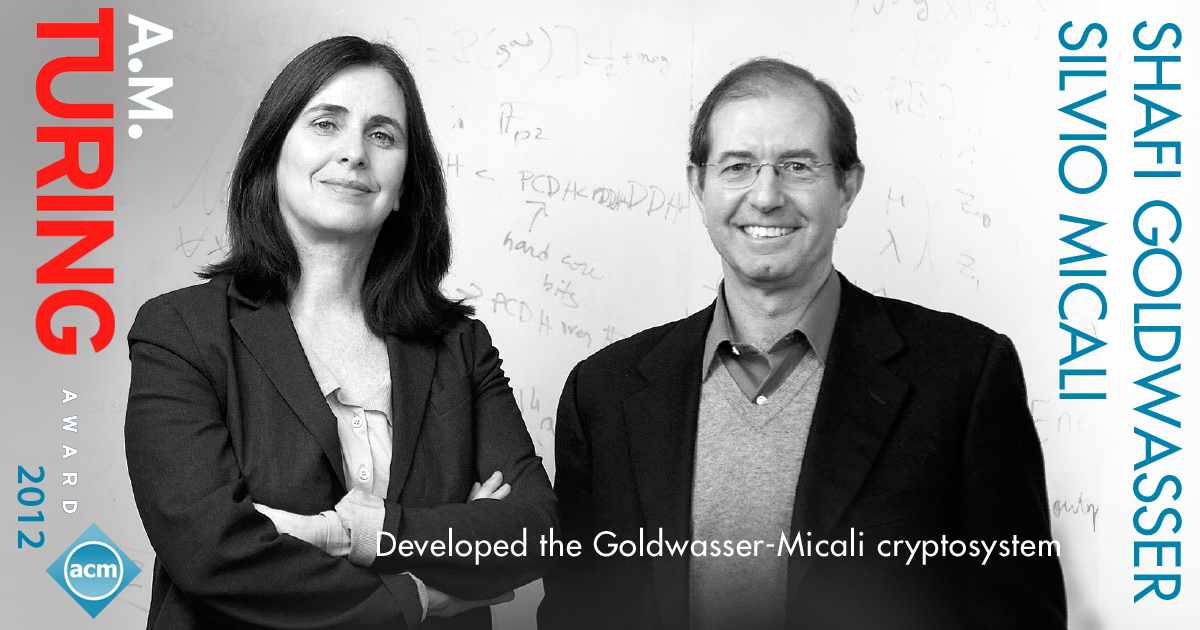