ACM has named Bobby Schnabel executive director and CEO effective November 1, 2015. Schnabel joins ACM after eight years as professor and dean of the School of Informatics and Computing at Indiana University. As CEO, he will work with ACM's volunteer community to provide strategic vision and to develop sustainable business models to ensure ACM's continued worldwide membership, publications and revenue growth.

"I am extremely excited to have Bobby take up the CEO role at ACM," said ACM President Alexander L. Wolf. "Bobby has a special passion and bright new ideas that will help continue the great tradition of leadership, innovation, openness and growth that has marked the history of ACM."

Schnabel has a long history of service to the computing community, and has served in several capacities, including chair, of ACM SIGNUM. When Schnabel assumes his role as CEO, he will step down as founding chair of the ACM Education Policy Committee.

Dedicated to improving diversity in computing, Schnabel is a co-founder and executive team member of the National Center for Women & Information Technology (NCWIT). He also serves as chair of the Computing Alliance for Hispanic-Serving Institutions Advisory Board. 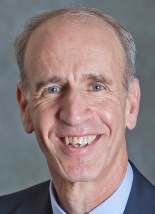