ACM has elected Vicki Hanson as President for a two-year term beginning July 1. Hanson, who is Distinguished Professor of Computing at Rochester Institute of Technology, Rochester, New York, and Professor and Chair of Inclusive Technologies at University of Dundee, UK, said her vision as President is to reach out to practitioners, young professionals and the global computing community, as well as underserved communities. 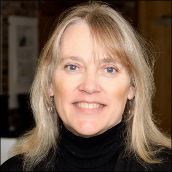