Highlights from ACM’s Celebration of 50 Years of the A.M. Turing Award

ACM celebrated 50 years of the A.M. Turing Award with a two-day conference June 23 - 24 at the Westin St. Francis in San Francisco. This milestone event was designed to highlight the significant impact of the contributions of the Turing Laureates on computing and society, to look ahead to the future of technology and innovation, and to help inspire the next generation of computer scientists to invent and dream.

Panel discussions covered a wide range of topics of current interest to both those in the profession and to society at large, including deep neural networks, privacy, preservation of electronic artifacts, computing in a post-Moore’s Law world, ethics in computing, quantum computing and augmented reality.

The conference was livestreamed on ACM’s website and on Facebook. Watch on-demand videos of the talks and panels.

Watch a series of short videos shown at the conference of Turing Laureates reflecting on their work and accomplishments. 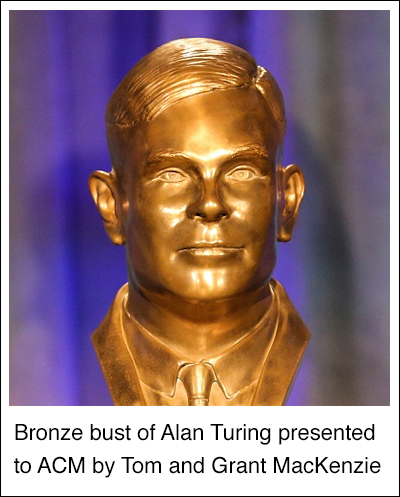