Three students from St. Petersburg University of IT, Mechanics and Optics (ITMO) earned the title of 2017 World Champions in the ACM International Collegiate Programming Contest (ICPC). Teams from University of Warsaw, Seoul National University and St. Petersburg State University finished the competition in second, third and fourth places and were recognized with gold medals in the prestigious competition, which ended today in Rapid City, South Dakota.

ACM-ICPC is the premier global programming competition conducted by and for the world’s universities. It is conceived, operated and shepherded by ACM, sponsored by IBM, and headquartered at Baylor University. For more than four decades, the competition has raised the aspirations and performance of generations of the world’s problem solvers in computing sciences and engineering.

At ICPC, teams of three students tackle eight or more complex, real-world problems. The students are given a problem statement, and must create a solution within a looming five-hour time limit. The team that solves the most problems in the fewest attempts in the least cumulative time is declared the winner, with the top 12 teams receiving medals.

ICPC Regional participation included 46,381 students and faculty in computing disciplines from 2,948 universities in 103 countries on six continents. A record 50,145 students and 5,073 coaches competed in ICPC and ICPC-assisted competitions this year.

"As computing increasingly becomes part of the daily routines of a growing percentage of the global population, the solution to many of tomorrow’s challenges will be written with computing code,” said ACM President Vicki L. Hanson. “The ICPC serves as a unique forum for tomorrow’s computing professionals to showcase their skills, learn new proficiencies and to work together to solve many real-world problems. This international event fosters the innovative spirit that continues to transform our world."

Full results of the competition are available here. 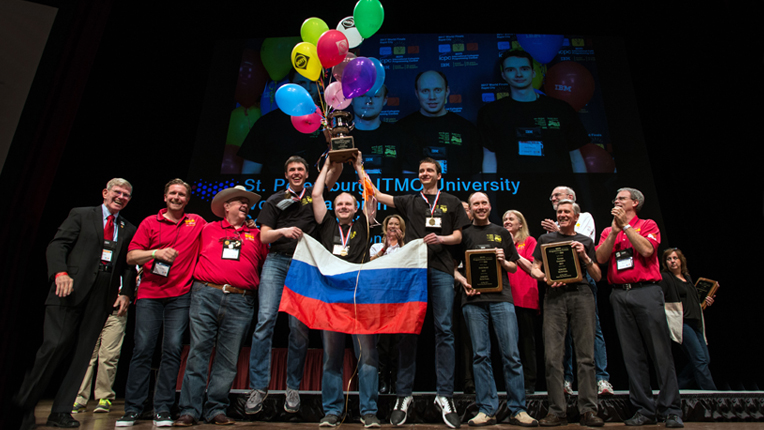