ACM has named John L. Hennessy, former President of Stanford University, and David A. Patterson, retired Professor of the University of California, Berkeley, recipients of the 2017 ACM A.M. Turing Award for pioneering a systematic, quantitative approach to the design and evaluation of computer architectures with enduring impact on the microprocessor industry.

Hennessy and Patterson codified their insights in a very influential book, Computer Architecture: A Quantitative Approach, now in its sixth edition, reaching generations of engineers and scientists who have adopted and further developed their ideas. Their work underpins our ability to model and analyze the architectures of new processors, greatly accelerating advances in microprocessor design.

The ACM A.M. Turing Award, often referred to as the “Nobel Prize of Computing,” carries a $1 million prize, with financial support provided by Google, Inc. It is named for Alan M. Turing, the British mathematician who articulated the mathematical foundation and limits of computing. Hennessy and Patterson will formally receive the 2017 ACM A.M. Turing Award at the ACM’s annual awards banquet on June 23 in San Francisco, California. They will deliver their Turing Lecture at the ISCA 2018 conference on June 4 in Los Angeles.

“ACM initiated the Turing Award in 1966 to recognize contributions of lasting and major technical importance to the computing field,” said ACM President Vicki L. Hanson. “The work of Hennessy and Patterson certainly exemplifies this standard. Their contributions to energy-efficient RISC-based processors have helped make possible the mobile and IoT revolutions. At the same time, their seminal textbook has advanced the pace of innovation across the industry over the past 25 years by influencing generations of engineers and computer designers.” 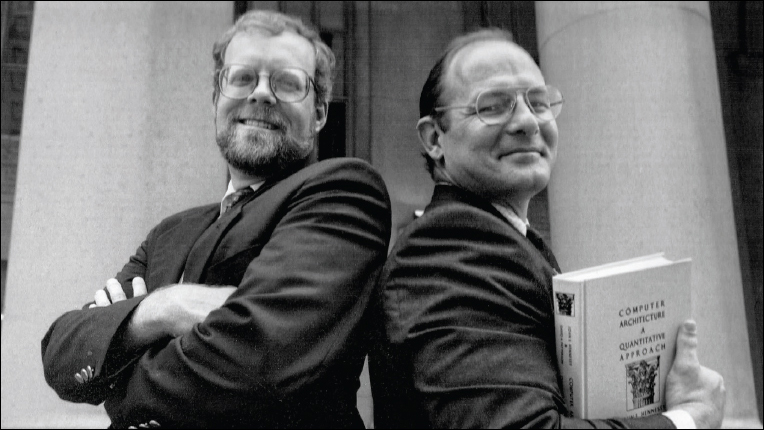