The ACM Charles P. "Chuck" Thacker Breakthrough in Computing Award celebrates the late pioneer's contributions in computing and his long-term inspirational mentorship of generations of computer scientists, by recognizing individuals with the same out-of-the-box thinking and “can-do” approach to solving the unsolved that Thacker (who received multiple awards from ACM, including the A.M. Turing Award) exhibited.

The award will be presented biennially at ACM’s annual Awards Banquet. Recipients of the award will deliver an “ACM Breakthrough Lecture” at a major ACM conference of their choice during the year following the announcement.

“Chuck Thacker designed and introduced the Xerox Alto—which we now recognize as the first personal computer—Ethernet and the Tablet PC, among other seminal inventions,” said ACM President Cherri M. Pancake. “The purpose of this new ACM award will be to call attention to those who are changing the world by fundamentally reimagining what is possible in technology.”

Financial support for the $100,000 prize is provided by Microsoft. Nominations are now open and will be accepted through January 15, 2019. 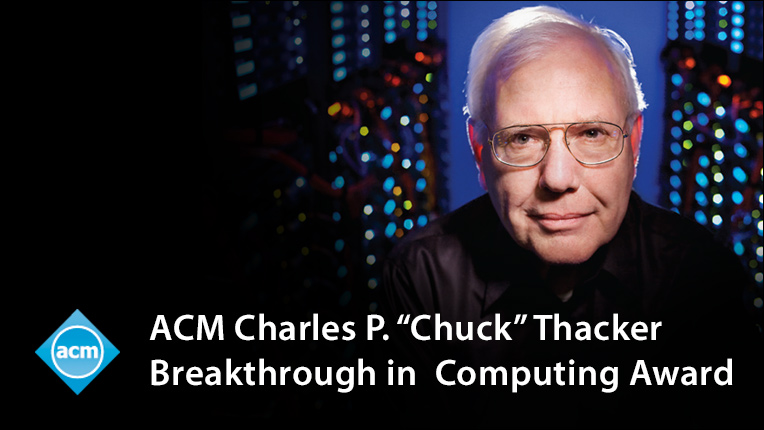