The sixth Heidelberg Laureate Forum (HLF 2018), September 23-28, will provide an informal venue for 200 selected young researchers to exchange ideas with renowned laureates in mathematics and computer science. The week will see participation by 19 ACM A.M. Turing Award Laureates, as well as ACM Prize in Computing recipients Sanjeev Arora and Jeffrey Dean. Be sure to visit the HLF site to watch live streaming of lectures and more events.

Ten out of these 200 talented young scientists will discuss their work, goals and hopes on the HLF-Blog.

Blockchain Examined
Complementing the laureate lectures, workshops and discussion groups, the Hot Topic is a fundamental component of HLF’s scientific program. This year’s theme revolves around the technology behind blockchain. Many organizations are examining the new technology with growing interest due to promises of reliability, transparency and security. On September 25, a panel of experts will illuminate how distributed ledgers work, discuss their potential and try to answer whether or not these promises are valid.

Women in Mathematics and Computer Science
Women are still massively underrepresented in STEM. During the Scientific Interaction session on September 28, women who overcame roadblocks and have successful scientific careers will address why that is the case and discuss how best to navigate the scientific and academic environments.

Two Nobel Laureates Attending
William D. Phillips who received the 1997 Nobel Prize in Physics will give this year’s Lindau Lecture, "Time, Einstein and the Coolest Stuff in the Universe," on September 25. As a guest speaker for the final evening, 1996 Nobel Peace Prize recipient José Ramos-Horta will take the stage. 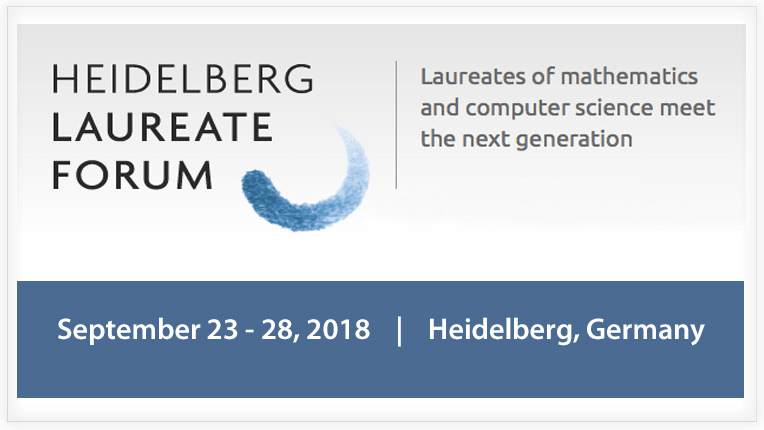