ACM Honors Computing Innovators Who Are Changing the World

ACM has announced the recipients of four prestigious technical awards. These leaders were selected by their peers for making contributions that extend the boundaries of research, advance industry, and lay the foundation for technologies that transform society. The 2018 recipients will be formally honored at the ACM Awards Banquet on June 15, 2019 in San Francisco.

Gerald C. Combs is the recipient of the ACM Software System Award for creating the Wireshark network protocol analyzer, an essential tool for nearly anyone who designs, deploys, analyzes and troubleshoots the wide range of network protocols that tie the internet together, and for continued leadership of the international Wireshark developer community.

Constantinos Daskalakis and Michael J. Freedman are recipients of the ACM Grace Murray Hopper Award. Daskalakis is recognized for his seminal contributions to the theory of computation and economics, particularly the complexity of Nash Equilibrium. Feedman is cited for the design and deployment of self-organizing geo-distributed systems.

Pavel Pevzner is the recipient of the ACM Paris Kanellakis Theory and Practice Award for pioneering contributions to the theory, design and implementation of algorithms for string reconstruction and to their applications in the assembly of genomes.

Henry Kautz is the recipient of the ACM - AAAI Allen Newell Award for contributions to artificial intelligence and computational social science, including fundamental results on the complexity of inference, planning and media analytics for public health. 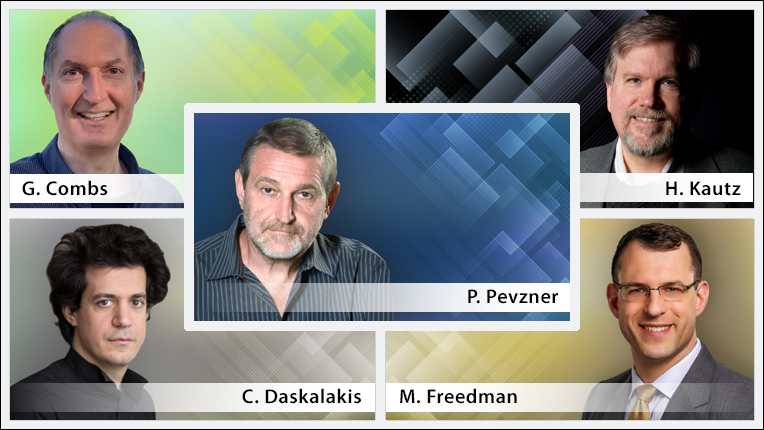