The ACM Europe Council has named Panagiota Fatourou as its new Chair. Fatourou, who will serve a two-year term through 30 June 2021, is an Associate Professor of Computer Science at the University of Crete and at the Foundation of Research and Technology-Hellas (FORTH ICS), Greece. She has worked as a visiting Professor at Ecole Polytechnique Fédérale de Lausanne (EPFL) in Switzerland, as a full-time faculty member at the University of Ioannina in Greece, and as a postdoc researcher at Max-Planck Institut für Informatik in Germany and at the University of Toronto in Canada. She is an elected member of the ACM Europe Council and she has been an ACM Distinguished Speaker.

Fatourou has served as the editor of the Distributed Computing Column of the Bulletin of EATCS; as the General Chair and the Program Committee Chair of well-known conferences in her field; and as a member of the steering committees of the ACM Symposium on Principles of Distributed Computing (PODC) and the International Conference on Principles of Distributed Systems (OPODIS). She has served on the Program Committees of more than 35 conferences. She has been the coordinator of a Marie-Curie Initial Training Network and has participated in many additional research and development projects, most funded by the European Commission. Her research interests focus on the theory of parallel and distributed computing. Her research work appears in the most prestigious conferences and journals in her field.

Crick also serves as Vice President of BCS, The Chartered Institute for IT. In 2017, he was appointed MBE in the Queen’s Birthday Honours for “services to computer science and the promotion of computer science education.”

Issarny also serves as Associate Editor of IEEE Transactions on Software Engineering, IEEE Transactions on Service Computing, and ACM Transactions on Internet of Things. In 2013, she received one of the “12 Etoiles de l’Europe,” awarded by the French Ministry of Research, and in 2014, she was made a Knight of France's Legion d’honneur for her contribution to Higher Education and Research. 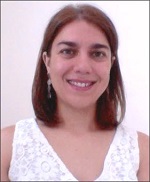