ACM's global Technology Policy Council (ACM TPC) has released "ACM TechBrief: Smart Cities." The TechBrief highlights the challenges involved in deploying information and communication technology to create "Smart Cities" and calls for policy leaders planning such projects to do so without compromising security, privacy, fairness, and sustainability. The TechBrief includes a primer on smart cities, key statistics about the growth and use of these technologies, and a short list of important policy implications.

This TechBrief is the third in a series of short technical bulletins by ACM TPC that present scientifically grounded perspectives on the impact of specific developments or applications of technology. Designed to complement ACM's activities in the policy arena, TechBriefs aim to inform policymakers, the public, and others about the nature and implications of information technologies. The first ACM TechBrief focused on climate change, while the second addressed facial recognition. Topics under consideration for future issues include quantum computing, election security, and encryption. 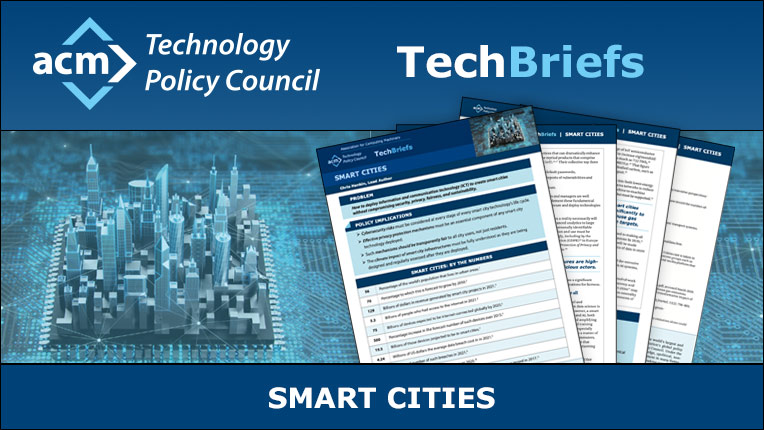