The ACM Awards Banquet is an annual event recognizing technical excellence and outstanding service to the computing field. This year's banquet honoring the 2017 award recipients and newly inducted ACM Fellows was held at the Westin St. Francis in San Francisco on June 23.

The ACM A.M. Turing Award was presented to John L. Hennessy and David A. Patterson for pioneering a systematic, quantitative approach to the design and evaluation of computer architectures with enduring impact on the microprocessor industry. 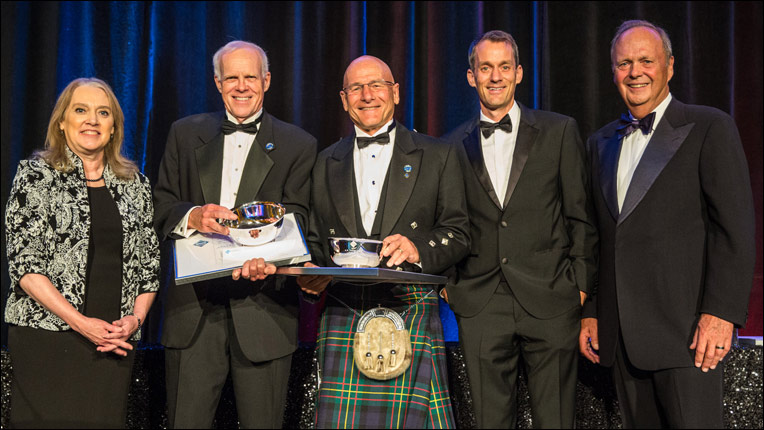 The ACM Prize in Computing was presented to Dina Katabi for creative contributions to wireless networking.

The ACM Prize in Computing (formerly the ACM - Infosys Foundation Award in the Computing Sciences) recognizes an early- to mid-career fundamental innovative contribution in computing that, through its depth, impact and broad implications, exemplifies the greatest achievements in the discipline. The award carries a prize of $250,000. Financial support is provided by Infosys. 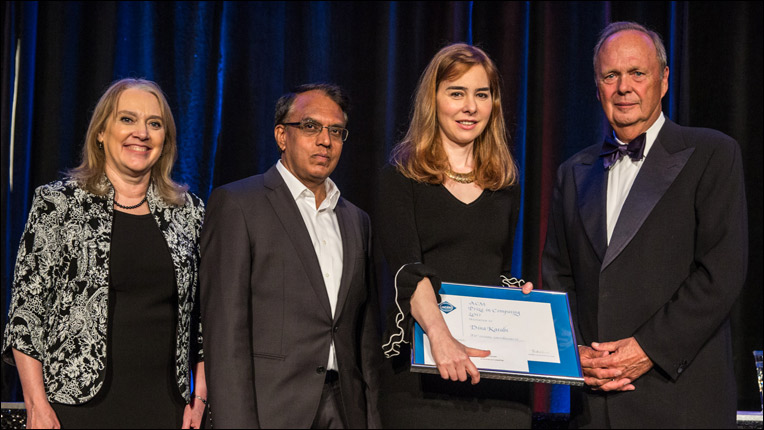 The ACM - AAAI Allen Newell Award was presented to Margaret A. Boden for contributions to the philosophy and historiography of cognitive science and artificial intelligence, particularly in the study of human creativity. 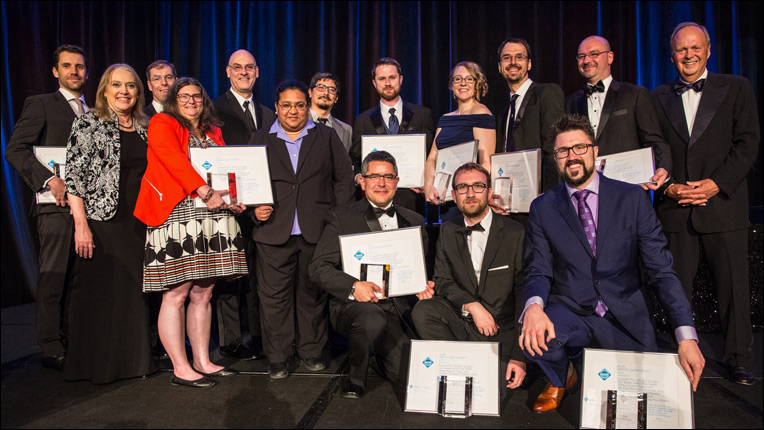 The Grace Murray Hopper Award was presented to Amanda Randles for developing HARVEY, a massively parallel circulatory simulation code capable of modeling the full human arterial system at subcellular resolution and fostering discoveries that will serve as a basis for improving the diagnosis, prevention, and treatment of human diseases. 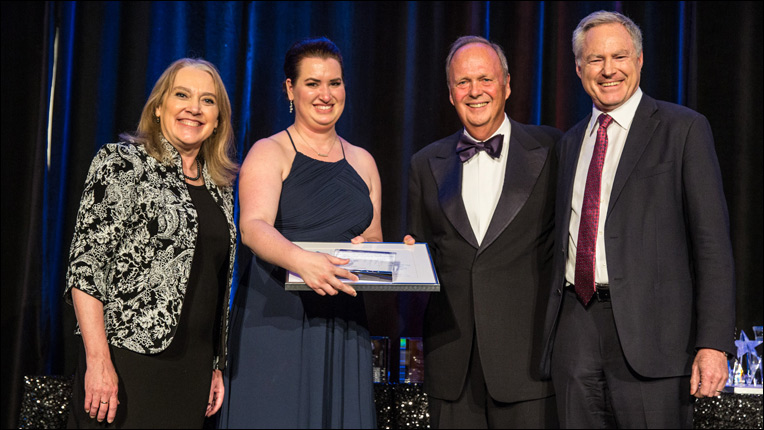 The Paris Kanellakis Theory and Practice Award was presented to Scott Shenker (who did not attend) for pioneering contributions to fair queueing in packet-switching networks, which had a major impact on modern practice in computer communication. 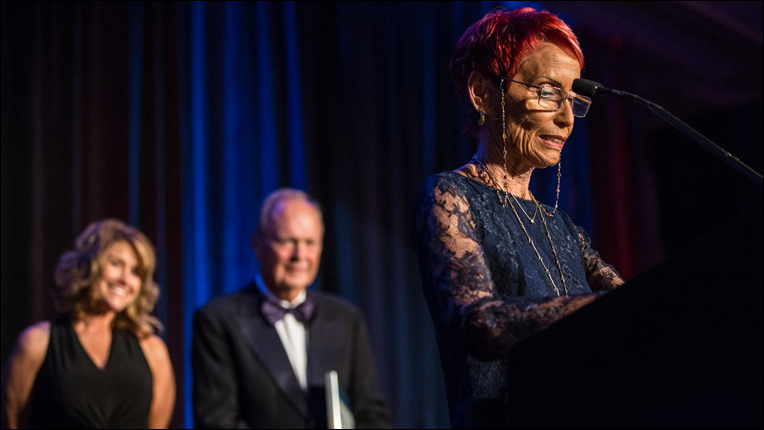 The ACM Policy Award was presented to William Wulf (who was unable to attend) for broad contributions bringing computing into the national agenda, leading computer scientists into public policy where his inspirational leadership promoted key national priorities including diversity and ethics.

The ACM Policy Award recognizes an individual or small group that had a significant positive impact on the formation or execution of public policy affecting computing or the computing community. This can be for education, service, or leadership in a technology postition; for establishing an innovative program in policy education or advice; for building the community or comunity resources in technology policy; or other notable policy activity. The biennial award is accompanied by a $10,000 prize.

The Distinguished Service Award was presented to Jan Cuny for the establishment and tireless promotion of projects and resulting organizations that have nationally transformed CS education by increasing and diversifying access to high-quality CS education. 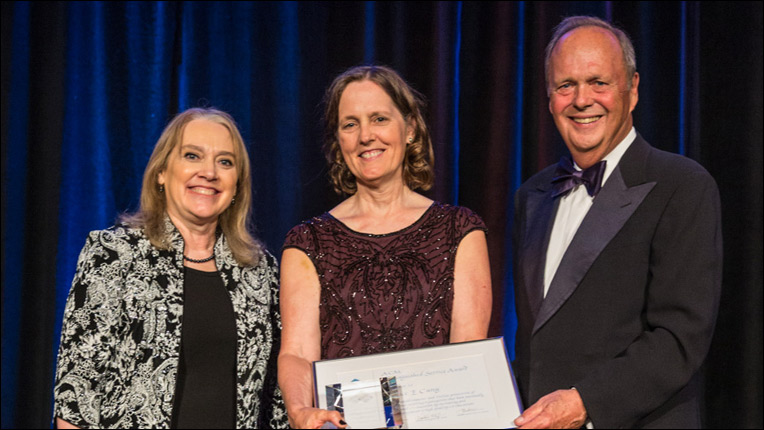 The Outstanding Contribution to ACM Award was presented to Steve Bourne for significant contributions to ACM, particularly for reaching out to practitioners through the development of the Practitioners Board and ACM Queue, and for his support of students worldwide through his engagement with, and support of, the ACM International Collegiate Programming Contest (ICPC). 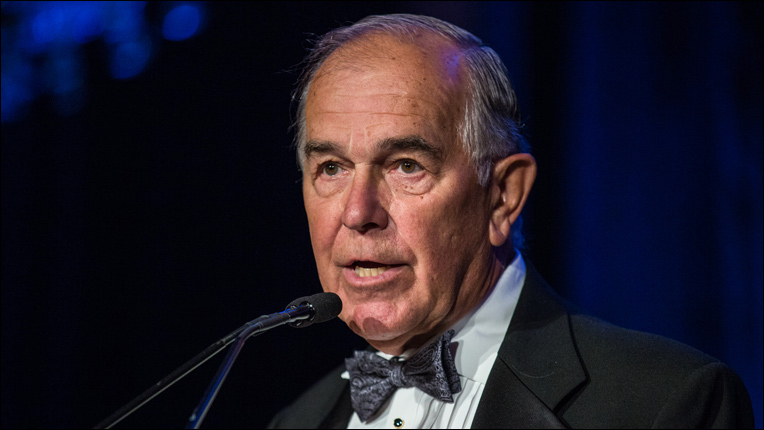 The ACM Athena Lecturer Award was presented to Andrea Goldsmith for contributions to the theory and practice of adaptive wireless communications and sustained transition of theoretical results into commercial technologies and industry standards.

The ACM Athena Lecturer Award recognition celebrates women researchers who have made fundamental contributions to computer science. The award includes a $25,000 honorarium provided by Google. The recipient gives an invited talk at a major ACM conference of her choice. From 2006 to 2016 this award was known as the ACM-W Athena Lecturer Award. 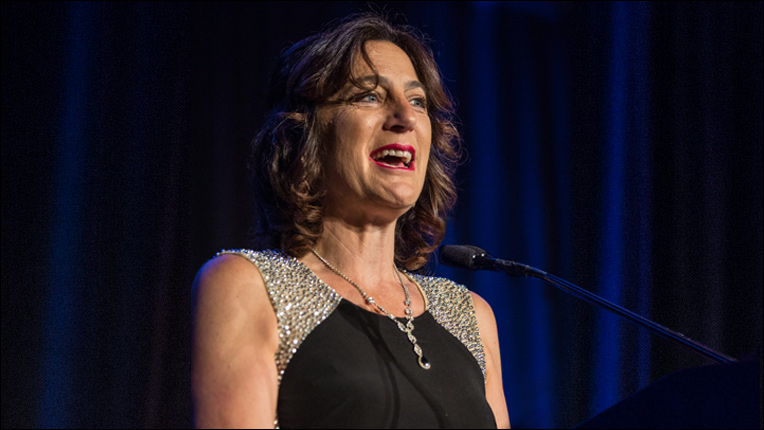 The ACM Presidential Award was presented to Donald Gotterbarn, Andrew McGettrick and Fabrizio Gagliardi for their time and talents in service to ACM. 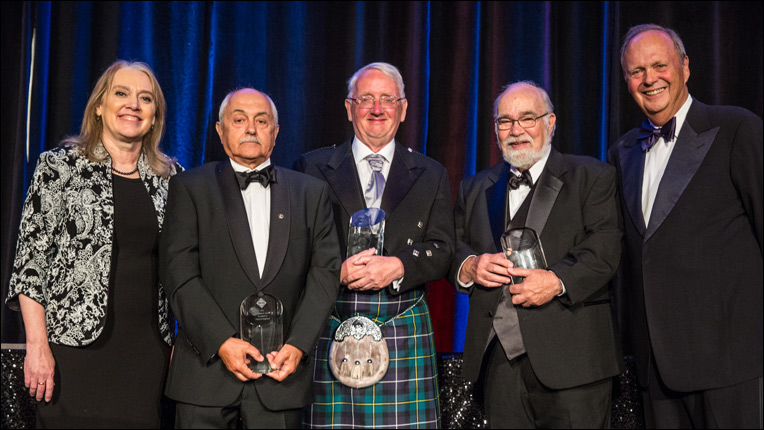 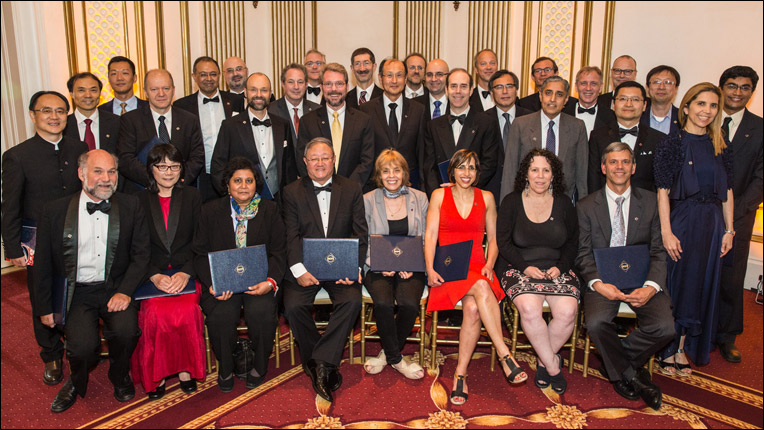 The Doctoral Dissertation Award was presented to Aviad Rubinstein of Stanford University for his dissertation, Hardness of Approximation Between P and NP.

Honorable Mentions were presented to Mohsen Ghaffari of ETH Zurich for his dissertation, Improved Distributed Algorithms for Fundamental Graph Problems, and to Stefanie Mueller of Massachusetts Institute of Technology for her dissertation, Interacting with Personal Fabrication Devices.

The Doctoral Dissertation Award is presented annually to the author(s) of the best doctoral dissertation(s) in computer science and engineering. The award is accompanied by a prize of $20,000 and the honorable mention is accompanied by a prize totaling $10,000. Financial sponsorship is provided by Google, Inc. Winning dissertations will be published in the ACM Digital Library as part of the ACM Books Series. 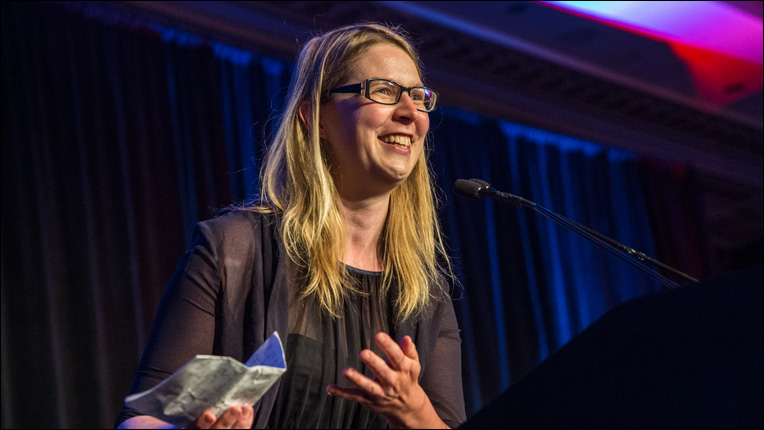 The ACM Student Research Competition (SRC) represents a unique forum for ACM undergraduate and graduate student members to present their original research. Student winners from the SIGACCESS, SIGARCH, SIGCHI, SIGCOMM, SIGCSE, SIGDA, SIGDOC, SIGGRAPH, SIGHPC, SIGMOBILE, SIGMOD, SIGPLAN, SIGSAC, SIGSOFT and SIGSPATIAL Student Research Competitions held at these conferences advanced to compete in the Grand Finals where their research contributions were evaluated, via the web, by the ACM SRC committee. Financial sponsorship of $120,000 is provided by Microsoft per competition year. The finalists honored represent the best student research of the past year. 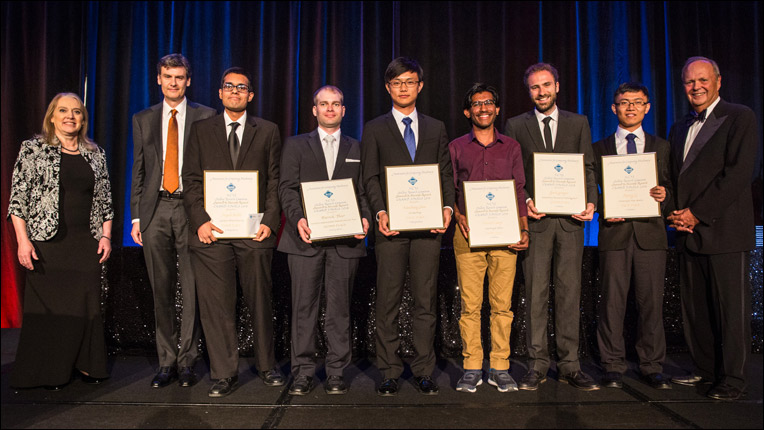 ACM has created a new major award to honor the late Charles P. “Chuck” Thacker, recipient of the 2009 ACM A.M. Turing Award. The award honors Thacker’s pioneering contributions to computing, considered by the community to have propelled the world in the early 1970s from a visionary idea to the reality of modern personal computing, providing people with an early glimpse of how computing would deeply influence us all. The award also celebrates Thacker’s long-term inspirational mentorship of generations of computer scientists. In addition to Turing, Thacker received several ACM awards, most recently the 2017 ACM-IEEE CS Eckert-Mauchly Award.

The award features a prize of $100,000, with financial support provided by Microsoft. Recipients of the Chuck Thacker Breakthrough in Computing Award will be invited to deliver an address, the ACM Breakthrough Lecture, to highlight the program at a major ACM conference of the recipient’s choice.

The award will be open to candidates who have made a surprising or disruptive leapfrog advance in computing ideas or technologies. Anyone may nominate and endorse a candidate, and nominations will be solicited from the computing community in general. Details forthcoming in future issues of MemberNet.

Each year, ACM recognizes technical and professional achievements within the computing and information technology community through its celebrated Awards Program. ACM welcomes nominations for candidates whose work exemplifies the best and most influential contributions to our community, and society at large. ACM's award committees evaluate the contributions of candidates for various awards that span a spectrum of professional and technological accomplishments. For awards presented at the annual June banquet, the deadline for award nominations is January 15, 2019, with the exception of the deadline for the Doctoral Dissertation Award nominations which is October 31, 2018.