After working and teaching in 3D and CAD/CAM for so many years, I’ve recently become interested in applying 3D reconstruction techniques to archaeological artifacts. I am presently responsible for a coordinated research project funded by the Spanish government.

My interest in this research began when I met a couple of archaeologists who were specialists in ancient Roman mural paintings. The archaeologists were involved in the arduous and manual task of trying to reconstruct murals from small irregular fragments that were recovered from excavations. From this encounter, an initial research project was founded by the Valencian government, focused on the classification and documentation of the fragments.

Augmented and virtual reality techniques, together with AI methods, are emerging as solutions and effective means to deal with 3D reconstruction and visualization problems. This is a new trend that archaeologists can use to transform their way of working. Digital advances are benefiting many areas of research, including archaeology.

Can you tell us a little about the ACM Student Chapter at UPV? (How many members? What are your most important activities?)

The ACM-UPV student chapter was born as an initiative of the School of Informatics at UPV to involve students in ACM activities, and to motivate students to participate in other activities that can complement and enhance academic degrees.

Since it was established, the ACM-UPV Student Chapter has grown to more than 150 members. The students organize themselves and propose activities in coordination with the Dean’s team and also the Student Union of the school. Most of these activities are focused on invited talks and small courses, but they also support the participation of some students in the ACM International Collegiate Programming Contest (ICPC), as well as in hackathon events.

Why do you think participation in an ACM chapter has been helpful for your career?

Being a faculty advisor for the ACM Student Chapter has been very gratifying. Staying close to the students and helping them to organize and support their ideas is one of the things that gives purpose to my mission as a teacher. I think that today’s learning cannot just be concentrated exclusively in classrooms or labs, but should encourage collaborations where students can feel active and motivated. Being part of the ACM-UPV Student Chapter is a perfect environment for this. 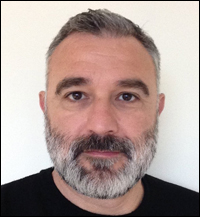 Vendrell serves as President of the European Quality Assurance Network for Informatics Education (EQANIE), Past President of the Spanish Council of Deans of Informatics Engineering, and faculty advisor for the ACM Student Chapter at UPV. He is currently Vice-rector for Studies, Quality and Accreditation at UPV.