I have worked from the early 90s almost exclusively on the commercial side of real-time graphics, building a number of graphics tech companies (most notably Hybrid Graphics, which was acquired by NVIDIA and now known as NVIDIA Finland). In the early days I focused on middleware solutions starting from software rasterizers for games and gaming middleware (Umbra). When mobile phones began to have 3D graphics, we built the very first implementations of standards like OpenGL ES, OpenVG, and JSR-184. My main area of interest has been occlusion culling and visibility optimization. In the past four or five years I’ve begun drifting more and more to computer vision, and now am working primarily in augmented/mixed reality, especially foveated rendering.

Augmented/mixed reality is a fun field where real-time graphics and computer vision meet. Both theoretical advances in tracking algorithms, as well as practical commercial implementations by handset/headset vendors will be changing the field radically. I have high hopes for SLAM methods, allowing rapid and accurate capture of real-life environments by nontechnical users.

Can you tell us a little about the ACM SIGGRAPH Finland Chapter?

The Finnish chapter has existed from the early 2000s. We have a core of 250 members, but our events are attended by many more. We have an annual seminar every November; this year we’re expecting 700 participants. Members are students, researchers, artists and programmers. Finland has a very strong gaming industry—in a country of 5.5M inhabitants, we have 300 gaming studios and around 3,000 people in the industry, with some notable heavy hitters like Supercell, Rovio and Remedy. The connection between the games industry and graphics scene has always been very strong. Graphics research in Finland is very much industry-driven. Most of the chapter’s activities involve visits to different companies.

Why is participating in an ACM Chapter beneficial for computing professionals?

In Finland, one of the key reasons is employment/recruitment: the local ACM SIGGRAPH chapter acts as the place for companies and professionals (as well as those wanting to enter the industry) to meet. The culture is very open and accepting, and information flows freely throughout the industry. As they say, Finland is not a country—it’s a country club! So it’s very easy to join the family and get to know all the people who’ve been in the scene for 20 or 30 years. 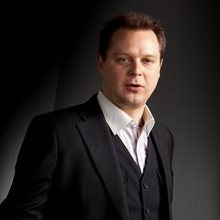 Ville Miettinen is a serial entrepreneur and angel investor. His core interests include crowdsourcing, cloud labor and disruptive technologies that are transforming the way people work all over the world. Presently, he is the CEO and Co-founder of the crowdsourcing technology company Microtask. The company’s primary product, Microtask Platform, is a software platform for global distribution of short duration tasks to online workers. Earlier in his career, he founded Hybrid Graphics Ltd. Hybrid’s middleware was used in popular online role- playing games including Star Wars Galaxies and Everquest II. Miettinen is Chairman of the ACM SIGGRAPH Helsinki, Finland Chapter.