I became very interested in this area while working as a corporate consultant during my Masters’ degree coursework. At the time, I became interested in why people adopt or do not adopt IT. I also wanted to explore the question: “If people have adopted IT technologies, how has IT impacted their work performance?”

Later, during my PhD work and as a professor, I developed e-learning systems and MOOCs success models. I found that, at the student level, information systems’ success is dependent on several aspects related to the users. I also conducted parallel studies on enterprise resource plans and knowledge management systems and found similar results.

Recent advances in IT, and the ways people/organizations/society use information systems, have created opportunities for more in-depth research. As a result, my colleagues and I have found that IT success is very dependent on each user’s specific characteristics. For example, we have found that the way people interact with IT is more related to non-cognitive characteristics, such as cultural specificities. Recent advances indicate that how system interaction is designed can influence people’s IT usage and can also have an influence on their performance. As an example, we found that gamification—the use of game elements in the non-game environment—has a determinant role in IS adoption and users’ performance. In the years ahead, we expect new avenues of research to open up as people are exposed to increasingly advanced systems design.

Will you tell us a little about the European ACM SIGDOC Chapter?

The chapter was started in 2010 in Lisbon by Carlos J. Costa (Chair) and Aristos Protopsaltis (Vice Chair). Since the beginning, we had the support of the SIGDOC Chair Brad Mehlenbacher and Vice Chair Rob Pierce. The aim of EuroSIGDOC, like SIGDOC, is to pursue the mission of the design of communication as it is taught, practiced, researched, and conceptualized in various fields, including technical communication, software engineering, information architecture, and usability. At the moment, EuroSIGDOC has 68 members from 12 European countries (Denmark, France, Germany, Ireland, Italy, Netherlands, Norway, Portugal, Serbia, Spain, Sweden, and United Kingdom).

We have promoted four international conferences on information systems and design of communication (ISDOC), since 2012, and have organized five workshops on open source and design of communication (OSDOC), since 2010. We have also promoted several formal and informal meetings with the Lisbon technical writer community (TWL), since 2013. In 2017, we held our first data management seminar (DM2017).

How is being a member of EuroSIGDOC beneficial for members?

EuroSIGDOC holds formal and informal meetings for its members and shares best practices. We also promote international scientific conferences with ACM Digital Library indexed proceedings, for example, ISDOC. During the academic year, EuroSIGDOC, with the support of some universities, also holds classes and seminars that are open to the academic and practitioner communities. 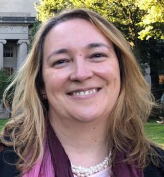 Manuela Aparicio is an integrated researcher and assistant professor at the Information Sciences, Technologies and Architecture Research Center (ISTAR-IUL), University Insitute of Lisbon, Portugal (ISCTE-IUL) and associate researcher at MagIC, a Portugal-based research center focusing on harnessing information to improve organizations and society. She is also an assistant professor at Universidade Nova de Lisboa.

Her research interests include the evaluation of information systems’ effectiveness, especially with respect to the implementation and use of information technology in education. Aparicio is also interested in e-learning systems success research. She conducted a bibliometric study on e-learning evolution concepts and proposed two different business models for massive online open courses (MOOCs). Her work has appeared in the Journal of Educational Technology & Society, Internet and Higher Education, Computers in Human Behavior, Information and Management, and others. Aparicio is chair of the European ACM SIGDOC Chapter (EuroSIGDOC).