As an undergraduate student I always found some new technique or technology to learn and it sometimes seemed overwhelming. However, after attending my first conference, I found that there were many people who were willing to impart their knowledge to encourage others. It is important to remember that when we struggle with new areas there is always someone willing to help. Now, when I read of some new technology, I think about how that topic can be used to improve enterprise-scale development and I work with others to decipher the best way to apply this new knowledge.

I am working now as a lecturer and researcher. My current work focuses on DevOps which looks at improving the development cycle by including testing, security and performance from earlier stages in the cycle. This is particularly interesting as it encourages all stakeholders in the development life cycle to communicate early and often to ensure the successful completion of the product under development. The second area of interest is somewhat more personal in that I work to support women in computing. At most conferences I attend, less than 15% of attendees are women. The number of women in computing, and particularly in technical fields within computing, is very low. I like to work to encourage women to try technical fields as it provides interesting avenues for promotion. This has brought about my volunteer work for ACM-W Europe.

What is the most notable way your field has changed in the past 5-10 years?

Industry requires learners to be competent in evolving topics over time, which makes the job fun. What has changed the most, however, is the way in which the content is delivered. Traditional classes have given way to e-learning of just-in-time topics through micro-learning. These bite-sized micro-learning nuggets can then be built up into an e-portfolio attesting to knowledge and skills obtained by the learner. Micro-learning through e-learning media enables greater access to learning by those both in and out of employment at any given time.

Will you tell us a little about the ACM-W Chapter at Letterkenny?

In Letterkenny IT we are lucky enough to have two ACM chapters: ACM-W chapter and an ACM chapter. Each has different goals. Both were set up in 2014 and continue to run. In 2014 the ACM chapter began with 17 student members of which four were ACM members. In 2015 this grew to 20 members and in 2016 we had 12 members. The ACM-W chapter began in 2014 with 17 members which we retained in 2015 and increased to 22 in 2016. This year we have 21 members. It is nice to see that we have a steady group of women in computing encouraging the next group each year.

One of the most popular events that the ACM-W chapter organizes is the Hour of Code, where 400 students ages 8 to 12 come to our college to spend an hour learning to code. This volunteer work enables chapter members to provide encouragement that they may not have had themselves. Another popular event that runs every year is pizza coding nights, a very informal meeting where students work on code together while relaxing over a meal. This allows members who are struggling with coding to work together to problem-solve.

Why do you think participating in the ACM-W Chapter at the Letterkenny Institute of Technology has been beneficial for students?

Members of the ACM-W chapter in LYIT have begun mini-networks amongst themselves to provide a way of supporting each other and encouraging each other to apply for jobs that they might not otherwise have considered. Now chapter members call for workshops on topics that they feel might be of interest or might enhance their careers when applying for jobs. This year the ACM-W chapter ran a Celebration of Women in Computing: Celebrating Careers in Computing. Speakers were mostly women who had previously attended LYIT or employers who had hired women from LYIT. The event was a great success. 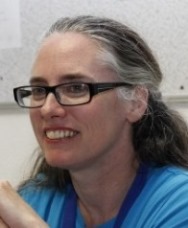 Ruth Lennon is an enterprise application developer, researcher and lecturer at the Letterkenny Institute of Technology (LYIT) in Letterkenny, Ireland. Her research interests include DevOps, web services, the cloud, Big Data and eLearning.

In addition to her role as the Faculty Advisor for the ACM-W Chapter at LYIT, Lennon is active with ACM-W Europe. She served as the Participation Scholarships Chair at the 2017 ACM Europe Celebration of Women in Computing (womENcourage).