How did you initially become interested in computer science education?

When I started teaching computing! That doesn’t make me unique—but that is what is empowering about computing education. There are people who dedicate their lives to it, which is great. I enjoyed my early years immensely, but I noticed that my students regularly had trouble with aspects of learning specific to computing. One of these aspects was dealing with programming error messages. I felt I could make a difference by teaching specifically how to deal with them and later developed a system to help students with this. That ended up becoming one of my main research areas.

In general, I am interested in aspects of computing education that are most likely unique to computing, and specifically how novices learn to program. It is a strange process when you look at it closely. Students learn an artificial language to write programs that need to be interpreted by machines but understood by humans. Often these languages are only written, not spoken. And the errors are “explained” via feedback that is instantaneous, provided by a system (not a human) and written in a strange mix of normal English and this programming language that students are learning.

I am also very interested in how non-native English speakers learn to program, given that most languages, tools, documentation and supporting information are based on, or written in, English.

What are some of the trends regarding computer science education in Ireland?

Ireland is piloting a nationwide but non-compulsory computer science curriculum in the final two years of secondary school—our “senior cycle”. The pilot ends in September 2020 and the full rollout will begin then. Therefore, there is a lot of interest in primary and second-level (K-12) computing education here. This interest goes back some years, however. In fact, Ireland is where Coder Dojo started.

There is also a growing computing education research community at the university level. For such a small population (about 4.5 million), Ireland has a fantastic track record and is heavily involved in SIGCSE.

Will you tell us a little about the Ireland ACM SIGCSE Chapter?

The chapter was chartered in August 2019 and currently has over 100 members. This includes third-level faculty, secondary school teachers, and primary school teachers. We are really excited that there is such interest at pre-university levels. I think that Ireland as a country has embraced the idea that computing impacts many aspects of everyone’s lives and that an understanding of computing can benefit society as a whole.

We are just getting off the ground as a chapter, so other than a chapter launch party with some Distinguished Speakers, we haven’t done much! One of our first priorities will be doing all we can to make sure that the new secondary school curriculum goes well. The leadership here is very grateful to the SIGCSE board, the UK ACM SIGCSE Chapter, and the Local Activities staff at ACM HQ for their support.

What advice would you offer a younger colleague just starting out in the computing field?

First and foremost, I would advise anyone interested in computing to find a niche that they are passionate about. It could be a technical aspect, or a societal one such as broadening participation. Then, the key for me was to get involved! Research work in the area and talk to the people who are active. Meet them. Go to conferences and events. I am very public about the fact that without SIGCSE my career wouldn’t be what it has become, and I love my career!

But, SIGCSE didn’t find me—I found them. In fact, at one of the first conferences I attended I sat next to someone who became a colleague and friend, but at the time I didn’t know her. But I said, “how can I get involved”? That was one of the most important questions I ever asked. 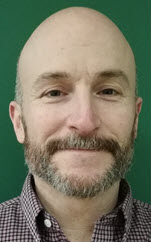 Brett Becker is an Assistant Professor in the School of Computer Science at University College Dublin. He earned PhD in High Performance Heterogeneous Computing and has been researching and lecturing in computer science for 14 years. Becker has been especially active with the ACM Special Interest Group on Computer Science Education (SIGCSE). He is an Associate Program Chair of the 2020 SIGCSE Technical Symposium on Computer Science Education and will serve as its International Liaison. Becker is also an Associate Editor of ACM Transactions on Computing Education (TOCE) and is Chair of the Steering Committee for SIGCSE’s new conference, CompEd.