How did you initially become interested in digital signal processing?

As a Master’s student in the Department of Automation and Computer Systems of Tomsk Polytechnic University, I realized that hardly any control system is functional without filtering, interpolating or preprocessing of input data. With this in mind, as a postgraduate student, I had chosen my research topic in the field of signal processing applications in nondestructive testing. While working on this project I was engaged both in software development and hardware implementation, and it was a great experience. But the most exciting thing for me about that project was the fact that I made a bulky and crude (but functional) leak noise correlator.

Recent advances in robotics, cloud computing and internet of things applications are impacting digital signal processing as well as many other aspects of information technology. Modern distributed systems, such as smart grids or urban policing systems, are able to generate and stream a tremendous volume of data, which can then be processed. The processing of such large amounts of data is challenging and requires new algorithms for distributed machine learning, where each node has its own set of training data and goal.

At the same time, modern computers are not really well suited for the implementation of an artificial neural network, so the development of frameworks tailored to neuromorphic computing could be handy. On the other hand, the progress in embedded systems keeps more classic tasks (such as signal processing, real-time processing and energy-efficient computations) relevant.

What prompted you and your colleagues to start an ACM Chapter in Tomsk? What activities would you like to see the chapter organize in the future?

Our initial interest in ACM and its activities started with discussions within our small group of the past recipients of the ACM A.M. Turing Award. I was amazed by the groundbreaking achievements of the contributors and by the selection process itself. So I started tracking activities of the Association, and in a short while, joined it as a professional member.

In my chapter, my colleagues and I have ambitions to make our home city in Western Siberia more recognizable and attractive to international academics and professionals. In particular, we have plans to internationally advertise local IT conferences via ACM channels. Also, we want to catalyse English learning in our community and facilitate cooperation between local researchers and their counterparts abroad. And last but not the least, we have the intention to open an academic discussion on social and cultural applications of recent advances in information and communication technologies—a topic that is overlooked in Russian academic discourse.

Are there certain areas of computing that are especially popular with students at Tomsk State University and the Tomsk Polytechnic Institute? What is the job/hiring climate like for recent graduates in Tomsk?

The most in-demand computing courses right now are programming in Python, front-end/back-end web design, and digital graphics. The key reason behind this is the hiring preferences of international software companies established in Tomsk, namely Rubius, SibEdGe and UniENGINE. However, I can also indicate a significant increase in students’ interest in the hardware-related topics such as embedded control systems, FPGA programming, wireless security and internet of things.

To tell the truth, computing and telecommunications professionals are in high demand in Russia, so our graduates don’t have much of a problem with job placement. You can easily find graduates from Tomsk universities in every Russian technological giant, such as Yandex, Mail.ru Group, and Rostec. 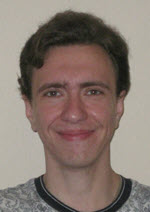 Vladimir Faerman is a lecturer at Tomsk State University of Control Systems and Radioelectronics, as well as a visiting researcher at Tomsk Polytechnic University in Tomsk, Russia. His main research interests include digital signal processing, digital communications, and networks. Faerman is the Chair of the recently-formed Tomsk ACM Professional Chapter.