Among the many advances that have occurred in machine learning and artificial intelligence over the past 10 years, what has surprised you the most?

There are four core advances that I find inspiring and surprising: First, we have made remarkable progress in autonomous agents, including the increasingly intelligent and functional teams of soccer robots; the service robots, such as our CoBot robots, that can successfully “co-exist” with humans and can ask for help when needed; and increasingly competent autonomous cars. I view autonomy in robots as the ability to process information from their sensors, plan for actions to achieve objectives based on models of the world, and effectively evaluate their actions. Second, I find Deep Reinforcement Learning (RL) as applied for the Atari games followed by the spectacular AlphaGo) to be a phenomenal accomplishment.

The ability of the AI DeepRL to learn a policy through extensive exploration, combined with the enormous amounts of data, is a true revolutionary technique that will continue to play an important role in AI. Third, the IBM Watson accomplishment in the Jeopardy! game is of great significance, as Watson could handle gigantic amounts of data in real time, while also being accurate. Now Watson is being applied to a variety of domains, including health. Last, but not least, I admire all the efforts in processing sensory information of all modalities to improve human life in cities. We have a long way to go to capture and process data about cities and people in them to have an impact on the universal quality of life.

In popular culture and science fiction, we often imagine an individual robot that is pre-programmed to overcome whatever challenge comes its way. By contrast, your RoboCup and CoBots projects are modeled on teamwork among groups of machines, or between machines, people and other agents . Why do you believe that collaborative models in machine learning will be more widespread in the coming years?

A single AI system, including a robot, inevitably has specificity, such as locality, capabilities and limitations. Complex problems need to be addressed by a combination of skills, at different places. In our robot soccer teams, robots position themselves to cover the playing space and enable passing in the presence of uncertainty of the opponent team. Each CoBot robot is also located in some part of the building—by having the multiple CoBots share information and coordinate, multiple tasks can be scheduled and better executed. In general, AI systems, like the weather system, the traffic system, and your personal assistant, will coordinate to share their knowledge by solving problems that require multiple types of information.

With the CoBots, all of the robots’ interactions with humans are saved for future use. Can you tell us a how you taught these machines to “learn” from experience?

The CoBot robots have limitations, at the perceptual, cognitive, and actuation levels. As they clearly do not understand all that they sense, they do not understand all requests from users, and they cannot manipulate objects to carry. We introduced symbiotic autonomy to enable the robots to ask for help in specific situations when they cannot proceed with their tasks. For example, as the CoBot robots do not have arms to pick up objects, or press elevator buttons, or open doors, the robots are set to ask for help for the part of their task when they need to pick up an object for delivery or take the elevator. They then ask for help so someone can put the objects in their baskets, or someone may call the elevator so that they can enter it and leave at their destination floor. In this case, however, there is nothing to ”learn” from the help they get, as they have a hard hardware limitation, i.e., no arms. However, if someone asks them something like “go to Manuela’s office,” they may not know its location in their map, and ask for help for this knowledge limitation. The CoBot says that it does not know the location and asks the user to specify it in terms of a location in its map (which it can show on the screen or the person can just mention an office number). When the person replies to CoBot that Manuela’s office is GHC 7002, CoBot can now learn this fact and saves it in its knowledge base. In these knowledge-based interactions, the robot accumulates knowledge and next time the user refers to “Manuela’s office,” it will find it in its knowledge base and offer GHC 7002 as a possible grounding for the language reference.

Similarly, CoBot can also query the web for knowledge related to the location of objects. When a user asks CoBot to bring them an object, such as tea, CoBot queries the web (or queries the user directly) to find what is the most likely location in the building for that specific object. It then learns the mappings between specific objects and locations in its map of the building. For example, it learns that tea is in a kitchen, a stapler in an office, etc. So CoBot learns from the requests that it gets from users. At the time, effective users are mainly the people in my group of students and collaborators. So the learning is a function of the experience from our requests.

Machine Learning (ML) is a fascinating field of artificial intelligence (AI) research and practice where we investigate how computer agents can improve their perception, cognition, and action with experience. Machine Learning is about machines improving from data, knowledge, experience, and interaction.

AI agents with their core ML aim at interacting with humans in a variety of ways, including providing estimates on phenomena, making recommendations for decisions, and being instructed and corrected.

Machine Learning can impact many applications relying on all sorts of data, basically any data that is recorded in computers, such as health data, scientific data, financial data, location data, weather data, energy data, etc. As our society increasingly relies on digital data, machine learning is crucial for most of our current and future applications. 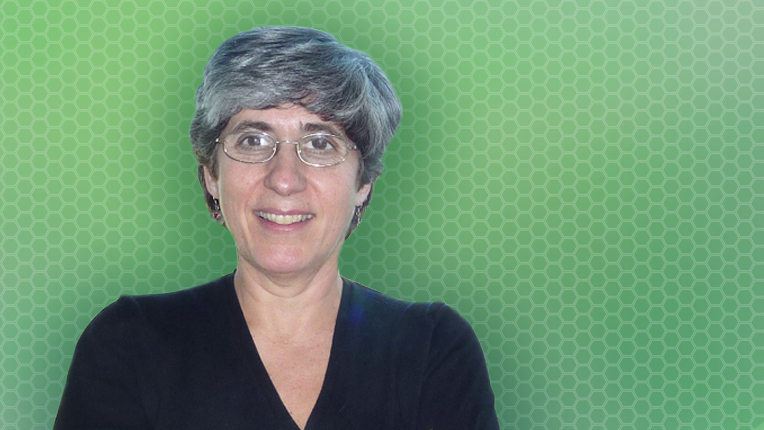 Manuela M. Veloso is the Herbert A. Simon University Professor in the School of Computer Science at Carnegie Mellon University. She is the Head of the Machine Learning Department, with joint and courtesy appointments in the Computer Science Department, the Robotics Institute, and the Electrical and Computer Engineering Department. Veloso is widely recognized as an expert in artificial intelligence and robotics. Her research interests include the effective construction of autonomous agents, where cognition, perception and action are combined to address planning, execution and learning tasks.

Veloso and her students have researched and developed a variety of autonomous robots, including teams of soccer robots, and mobile service robots. Her robot soccer teams have been RoboCup world champions several times, and the CoBot mobile robots have autonomously navigated for more than 1,000 km in university buildings. Veloso is a Fellow of IEEE, AAAS, and AAAI, and was recently named an ACM Fellow for contributions to the field of artificial intelligence, in particular in autonomous robots, planning, learning, and multi-agent systems. She is the Past President of the Association for the Advancement of Artificial Intelligence, and is the co-founder, Trustee, and Past President of RoboCup. She is the recipient of multiple awards, including several best paper awards, the Einstein Chair of the Chinese Academy of Science, the ACM/SIGART Autonomous Agents Research Award, an NSF Career Award, and the Allen Newell Medal for Excellence in Research. Veloso co-authored more than 300 journal and conference publications.