Your recent keynote address at FSE 2016 is titled “‘Womenomics’ and Gender-Inclusive Software: What Software Engineers Need to Know.” What do they need to know?

Some might worry that trying to address this problem would requiring tiptoeing through a political minefield, but there are straightforward, non-political methods software engineers can follow to achieve this. My colleagues and I have been working on one such method, a software inspection process called GenderMag. You can try it for yourself. The process is freely available, and major technology companies are looking at the possibility of adopting it.

You and several colleagues have also introduced the area of end-user software engineering, to improve dependability of end users’ programs. Why is this area important, and what do you think needs to come next in enabling the paradigm to take hold in the coming years?

End-user software engineering (EUSE) is important not only because of the number of people it impacts—end-user developers outnumber professional developers by an order of magnitude—but also because it can bring useful ideas back to traditional software engineering. EUSE is about technologies that collaborate with end users engaging in aspects of software development to improve the quality of the software they shape, using programming devices like spreadsheet formulas, macros by demonstration, setting configurations, and adding customizations. Thus, EUSE approaches do not attempt to impose work practices on end-user developers; rather, they attempt to blend in seamlessly with their existing work practices.

Looking toward the future, EUSE research is at a crossroads. Aligning its work too closely to the classic software engineering lifecycle raises a risk of over-siloing the area, restricting future EUSE researchers’ vision of what can be achieved. By a silo, I mean a system, process, department, etc. that operates in isolation from others. Silos raise the risk that an area can become overly narrow, and in doing so, become disconnected from the way users really work. One strategy that can help researchers guard against such siloing is to focus on intents of end-user developers (e.g., “update my spreadsheet to meet my company’s standards”) instead of lifecycle stages (e.g., a requirements engineering tool for spreadsheets). Guarding against overly siloed thinking by incorporating more user-intent thinking can open the door to big gains that are cross-cutting and impactful, for both EUSE and for software engineering in general.

Your research seems to have strong ties to theories about people. For example, in recent papers, you and others have used “information foraging theory” to compare the approach programmers use to identify software bugs to how animals in the wild use scent to find their prey. Why is information foraging theory a useful framework for better understanding the process of finding software defects?

Yes, I’m a huge proponent of harnessing theories of how people problem-solve to inform the systems that try to support those people. The essence of theories is abstraction—mapping instances of successful approaches to crosscutting principles. In the realm of human behavior, these abstractions can then produce explanations of why some software efficiently and effectively supports people’s work and other software does not.

Information foraging theory (IFT) is a case in point. IFT was devised by Peter Pirolli and colleagues to explain and predict how people seek information. The basic building blocks are that “predators” (people seeking information) look for “prey” (information relevant to their goals) through “patches” of information (such as different files) that contains “cues” (such as clickable links) about where to find the information they want.

Such a simple set of concepts can be remarkably powerful when applied to software engineering problems. For example, together with my students and collaborators, I have used IFT to reveal commonalities among different sub-branches of software engineering research that could be leveraged toward faster progress. We have also used IFT to reveal a kind of “lower bound” in software tool usage that determines programmers’ minimum costs in using a software tool. Further, IFT-based research has revealed cross-cutting open research problems that provide opportunities to reduce that lower bound.

In short, as others such as Mary Shaw and Jim Herbsleb have also pointed out, scientific theory lets technological development pass limits previously imposed by relying on intuition and experience. I firmly believe in the importance of using theories from every applicable source we can in software engineering research. Through theories that “connect the dots” of seemingly dissimilar research projects, we can accelerate our ability to take the kinds of leaps forward in software engineering that today’s software demands.

What lessons would you pass on to aspiring young researchers in computing?

I’ve learned so many lessons along the way, but here are my best three: 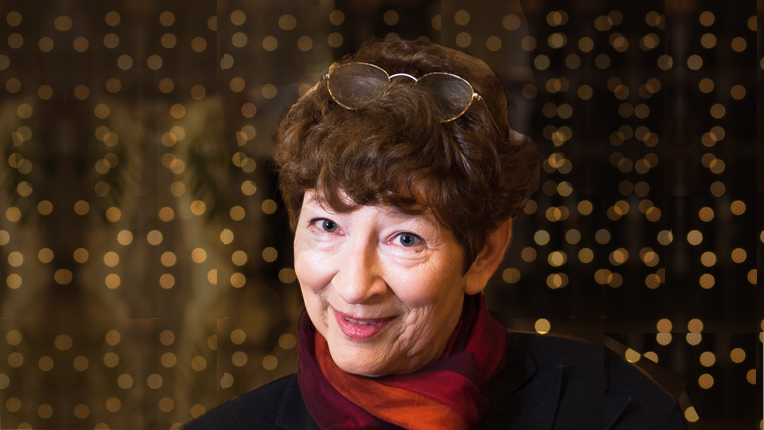 Margaret Burnett is a Distinguished Professor in the School of Electrical Engineering and Computer Science at Oregon State University. She began her career in industry, where she was the first woman software developer hired at Procter & Gamble Ivorydale. A few degrees and start-ups later, she joined academia, with a research focus on people who are engaged in some form of software development. She co-founded the area of end-user software engineering, which aims to improve software created by users who are not trained in programming. She also pioneered the use of information foraging theory to solve software engineering problems, and leads the team that created GenderMag, a software inspection process that uncovers gender inclusiveness issues in software from spreadsheets to programming environments.

An ACM Distinguished Scientist and Distinguished Speaker and a member of the ACM CHI Academy, Burnett gave a keynote address at FSE 2016: ACM SIGSOFT International Symposium on the Foundations of Software Engineering.