How did you become interested in the area of human-computer interaction, and 3D printing in particular?

What drew me into 3D printing and fabrication is that it struck me that this field will inevitably lead to a massive disruptive change—to interactive computing and to the world as a whole.

Here is the reasoning. 3D printing is driven by the mass availability of hardware that allows turning a virtual object into a physical object. One might say that this hardware operates as some sort of "digital-to-analog converter." Together with 3D scanners, which perform the inverse operation of digitizing physical objects, we obtain systems that allow users to digitize objects, solve whatever needs solving in the digital domain, and then make the result physical again.

It turns out that this "AD/DA" pattern is the standard pattern in interactive computing, and if we look back in the history of interactive computing, this pattern led to massive, disruptive change every time we saw it. Music production used to be an analog business; so was video production; so was print production before the desktop publishing revolution. All of these follow the same pattern: some sort of scanner, a clever digital solution that embodies a lot of domain knowledge, thus allowing inexperienced users to do the job in the digital domain, and some sort of printer to convert the results back. And all of these changed interactive computing and the respective industry.

Arguably, even the introduction of keyboards and text printers that made computing interactive in the first place was just another instance of this pattern.

Given this perspective, I find it hard to work on anything else right now.

A stated interest of the Hasso-Plattner Institute's Human Computer Interaction Lab is the unification of computer science and mechanical engineering. The Lab's position is that the next phase of computing will be to "merge into matter itself, where the physical matter of objects will also perform the computation." To some, this may sound like science fiction. Can you explain this and give an example of how a physical object may perform computation?

I think historically, we think of 3D printers as machines that take care of the structural and mechanical aspects of an object. Then we add microcontrollers and wiring, and mount a few electrical sensors and actuators. Right now, we see researchers create circuitry and simple electronic components directly using 3D printers in a single integrated process. My students and I are currently exploring which of these designs we can implement without electronics altogether. Instead, we embed large numbers of very small mechanisms into the body of the object—I guess one might consider this a revival of the mechanical computer.

Either way, all different approaches to integrating computation into objects have the really interesting aspect that once the fabrication process is automated, the marginal cost of additional components goes towards zero. What would we design if we could have thousands of sensors or thousands of small solenoids and motors in our devices at virtually no extra cost?

Your upcoming ACM presentation at the SXSW Interactive conference is titled "What if We Could 3D Print in One Second?" Can you discuss the potential benefits of faster, as well as more interactive, 3D printing?

I think speed is a key ingredient when it comes to creativity. If you think of the beginnings of "interactive" computing, I am sure people were reasonably happy placing their punch cards into the reader and waiting for their output to arrive the following day. This is pretty much where 3D printing stands today. But in computing, key visionaries, such as Ivan Sutherland and Doug Engelbart, showed in the 1960s what interactive systems and direct manipulation can do for users. I have always been a tremendous fan of Engelbart's notion of computers as tools for human augmentation-essentially as tools to help humans think.

I think the evolution of personal fabrication is going to follow a similar path. In part, it will be the exponential evolution towards faster hardware that we can already observe today; it almost seems to remind of Moore's Law. But the same way that faster computing machines were certainly immensely useful, ultimately it was paradigm shifts in the interaction, such as direct manipulation, that enabled users to truly use computers for intellectual augmentation. One of the key objectives of my lab, consequently, is to develop such interaction models for personal fabrication machines.

You have also done research on natural user interfaces, interactive devices and interactive rooms. Based on recent research, what is another area of Human Computer Interaction that you believe may significantly impact society in the coming years?

A lot is happening right now—an exciting time to be a researcher in human computer interaction. Let me pick just one: virtual and augmented reality are "happening" right now in that major companies are about to release consumer products. Good-size fields of view and almost no perceptible lag—very exciting tech. I think these will have substantial impact on society. During my first years at Microsoft Research I used to work on large displays. We were thinking of multiple monitors and display walls, but now a pair of lenses in front of my mobile phone creates any size display I want (or the "perfect" display, to use Sutherland's words), and I can carry this display with me on the train.

I am excited to see how far this can go. The virtual worlds already start to look and sound pretty realistic… how can we make them feel realistic too? Can we create worlds in which we feel virtual walls, and can sit on virtual chairs? But you already see how much I am truly obsessing with fabrication—creating worlds that look, sound, and feel indistinguishable from reality. That would also be the goal we are trying to achieve with fabrication. 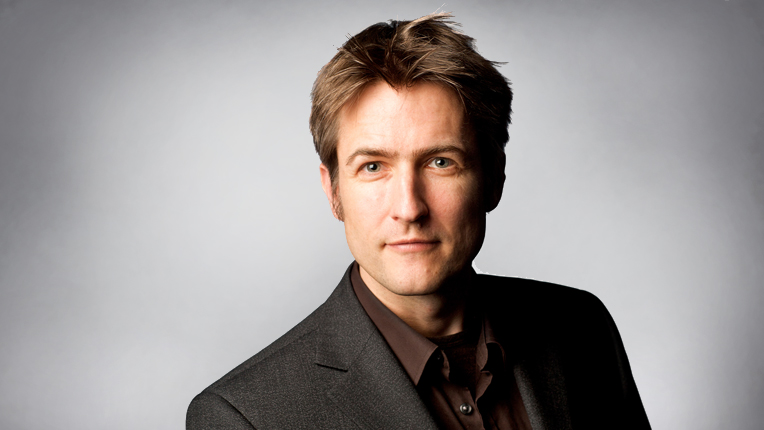 Patrick Baudisch will present one of three exciting ACM sessions at this year's South by Southwest (SXSW) Interactive Conference. Baudisch is a professor of Computer Science at the Hasso-Plattner Institute and Chair of the Human Computer Interaction Lab at Potsdam University. Previously, he worked as a research scientist in the Adaptive Systems and Interactive Research Group at Microsoft Research and at Xerox Palo Alto Research Center. He was inducted into the CHI Academy in 2013 and has been an ACM Distinguished Scientist since 2014.

During his SXSW presentation, "What if We Could 3D Print in One Second?", he will demonstrate research prototypes that speed up the 3D printing process. Baudisch will also explore the implications of allowing users to interact with their work during fabrication, as well as the potential challenges 3D printing poses to intellectual property and sustainability.