In your 1958 paper, you described IBM's Design Mechanization System for developing new computers. What were the main innovations at that time that allowed IBM to start using computers to perform repetitive tasks that had previously been done manually? How was IBM's approach new in the field?

A major challenge for designers of early computers was the difficulty of maintaining accuracy of the myriad details of design as it evolved. Dozens of engineers could be designing unique portions of a machine. Discrete components were used, meaning that tens of thousands of connections were involved. Evolving interfaces between sections had to be coordinated. We decided to employ early generations of computers to assist in the design of next generations. The process chosen was to digitize the design at an early stage, when it consisted of interconnected logic functions.

These designs were printed automatically and engineers would update them with changes as the design evolved. The updates were cycled into the database. As the design progressed, it acquired details—for example, the physical position of each circuit. While the process of accurately recording and documenting the evolving design was itself a valuable innovation, it served as the database for programs that checked for conformance with established parameters, and as input to programs that produced physical wiring and cabling documents and automatic calculation of instructions to control automatic wiring machines. This latter was a revolutionary change to the relationship between engineering and manufacturing.

Moore's Law holds that the number of transistors in a dense integrated circuit doubles every two years. The Intel 4004 microprocessor, introduced in 1971, contained 2,250 transistors, while today's multicore processors contain more than 1 billion. What role did electronic Design Automation play in this growth? Do you agree with some who contend that this growth cannot continue at the same rate and thus Moore's Law will no longer be valid?

While this concept of design assistance, called "Design Automation," began before the existence of integrated circuits, it has only grown more indispensable, as the consequences of Moore's Law have continued to demand ever more complex and accurate designs. Many times in my lifetime I have encountered predictions of the demise of Moore's Law, but it survives. Clearly it cannot go on forever, but its end will not be caused by the inability of Design Automation to support designers.

As a Director of Design Automation for IBM, you needed to manage large teams of professionals from varied disciplines. How did you get professionals who think in different terms to work together to transform complex computational models into tangible design plans?

My relationships with professions in this assignment were with electrical engineers and computer scientists. My goal was that IBM have a common, effective, shared Design Automation system available at six worldwide laboratories, with its components developed at various sites. This required convincing individuals at each location to buy in to the value of having a common system that was "greater than the sum of its parts."

It required appreciation of the unique capabilities of each group involved, who, left to their own devices, would have created unique, incompatible and individually adequate systems. The executive desire for a common system was a result of an earlier problem when a computer design had been transferred from one laboratory to another with much difficulty due to incompatible Design Automation systems at each location. Probably the greatest value that came from this episode of my career was that lots of important technical knowledge was shared among experts across locations.

Your new patent for Case Secure Computer Architecture emphasizes a hardware-based approach to protecting information systems. Can you briefly discuss the gap you saw in existing cybersecurity approaches and how your new architecture will address it?

My motivation for working on a new architecture stems from observing that, for more than a decade, the value of computers to society has been compromised by cybersecurity problems. It is a major failure of our technology and has had the attention of our most capable software experts who, while fending off intrusions as they evolve, have not been able to close the door to hackers. I decided that software designers needed better hardware support.

I began with a very straightforward concept: separating the application software from the operating system (OS) software by giving them separate cores to execute in. These cores are interconnected in a unique way (they form a single circuit) that makes the application core completely subservient to the OS core. Hardware also separates applications from each other within the application core. The result is an encapsulated application environment that can be not only initiated and terminated by the OS, it can be real-time monitored and controlled as well.

I think many advantages in addition to cybersecurity ones will become apparent when this design is adopted in practice. I expect a step-function improvement of the robustness of both application and OS programs: the former because of the capability to predefine real-time restraints on applications, the latter because OS programmers will no longer be forced to make their designs so frustratingly complex in an attempt to avoid cybersecurity vulnerabilities. 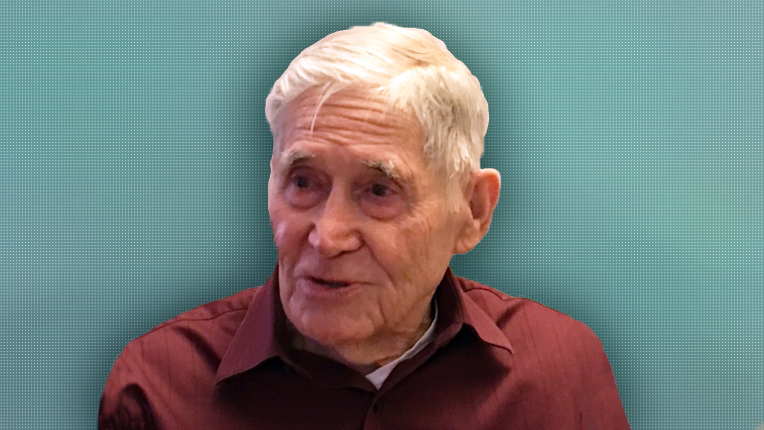 Paul W. Case, Sr. began his career at IBM in 1949, shortly after graduating from Cornell University on the GI Bill, and remained with the company for 42 years. Case worked on IBM’s first stored programmable computer in 1951, as well as on the development of the next four generations of IBM computers.

At the ACM Eastern Meeting in 1958, he presented a paper titled The Recording, Checking and Printing of Logic Diagrams, which has come to be considered a foundational work in the field of Design Automation. Case continued to be recognized as a leader in Design Automation and served as Director of Design Automation for Worldwide IBM Laboratories from 1970 to 1973.

Now in his 90s, Case continues to invent, and recently received a US patent for a new hardware-based design to enhance cybersecurity.