What exciting developments in wireless networks and cyber-physical systems in recent years caused you to make this one of your primary research interests?

About two decades ago, the vision of “ad hoc” wireless networks that could be formed spontaneously anywhere anytime was very appealing. The development of protocols that would make the networks fully adaptive to the presence and locations of other nodes was exciting. Their analysis seemed very challenging. The field appeared rife with research problems and was very attractive as an area of research. It still does in 2016 as we try to meet the goal of providing stringent quality of service. Recently the FCC opened up 10.85 GHz of spectrum in the millimeter wave band of which 7GHz is unlicensed. This is a difficult physical channel to tame, but if we do, then we could be on our way to the age of ubiquitous information.

Cyber-physical systems represent the re-convergence of communication, control and computing. While these three fields had been born in the same cauldron in the middle of the 20th century, they had since evolved somewhat separately as there was a lot of deep research needed to lay the foundations for each of the individual fields. However, by around 2000, there had been advances in technology that allowed the building of systems combining all three in a more integrated way. The research agenda looked and looks very rich and exciting. It involves a holistic look at the interface between the cyber and physical worlds, driven by the need to meet societal needs in energy, transportation, and water in the 21st century.

Yes, that is absolutely true. Cyber-physical systems are often safety-critical. An attack can cause physical harm. So it is important to secure the overall system that comprises sensors, actuators, and a communication network that is composed of routers and computational nodes. It is critical to design systems that are “provably safe” within a reasonable model of the overall system and its capabilities. Of course, this does not mean that they are unconditionally safe, since technological capabilities can change over time, rendering the model inaccurate. However, such an approach is preferable to one where one simply defends against a specific attack rather than against the capabilities of an adversary. We have developed a theoretical framework for ad hoc wireless networks, and are developing it for cyber-physical systems. One approach we are investigating is “dynamic watermarking” where actuators imprint random perturbations on impressed signals and check whether sensors are returning appropriate transformed versions of those perturbations in their reported measurements.

Where do you think we might make gains in ensuring a tight integration between a computer network and a car’s mechanical functions?

When automation is mentioned, people usually think of fully automated cars. However, there are six levels of automation ranging from no automation, driver assistance, etc., through to full automation. Progress on several levels of partial automation can be expected. In some of these the information provided over a communication network can be useful in enhancing safety or reducing travel time. However, there are seemingly small but difficult problems: How can a vehicle address a packet to the specific car that is behind it?

On the other hand, full automation may be more easily reached in an unmanned air transportation system of drones in the Class G airspace alluded to above. There the communication network is critical to avoiding collisions between light vehicles (about 50 lbs.) that may be blown off course.

The statistics on the growth of mobile communications, and especially mobile data traffic, in the past 10 years are staggering. There are now more mobile devices (including gadgets that speak to each other) than there are people on the planet. And the growth shows no signs of slowing. Looking at the big picture, what do you see as the biggest challenge and the biggest opportunity in mobile networking?

Vehicular networks are just being deployed in the new model of cars this year. So the era of vehicle-to-vehicle (V2V) is just commencing.

On a separate front, the FCC has just released 10.85GHz of spectrum in the mm wave band for the next generation of 5G communications, of which 7GHz is unlicensed. The date rate attainable, though over short distances, can be of the order of 1 Gbps. The channel is a difficult one, coherence time is of the order of 100 microseconds, Doppler has a great effect, the radio waves are easily absorbed, communication may need to be directional, etc. However, if this channel can be handled agilely, and efficient higher-level protocols can be designed, then it may usher in an era of ubiquitous wireless information. In the future, 11GHz more may also be released. So we may be on the threshold of an exciting wireless era. 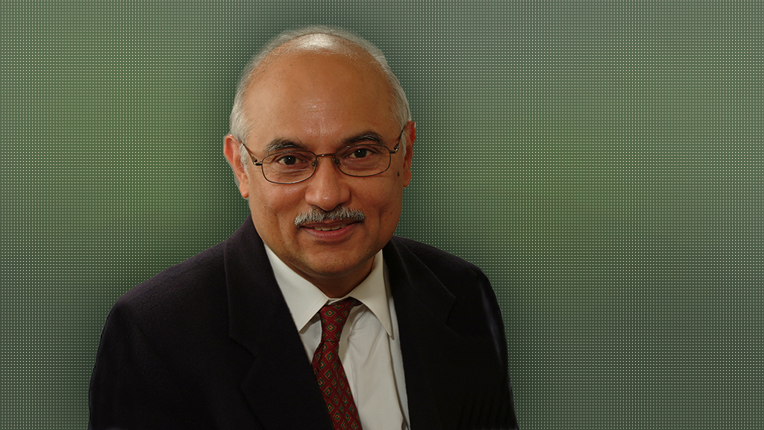 Among the research projects at Texas A&M’s Cyber-Physical Systems Lab, Kumar and his students are working on an unmanned air transportation system to safely and efficiently operate drones between 200 and 500 feet above ground level. Unmanned but otherwise resembling a “Jetsons”-type scenario, it is expected that drones will be used for package delivery, newsgathering, and bridge surveillance; a person visiting his lab even suggested pizza delivery as a killer app. At Mobicom 2016, Kumar is one of the recipients of the ACM SIGMOBILE Test-of-Time Awards. He serves as the Chair of the Steering Committee of ACM MobiHoc. He is also serving as a General Co-Chair and Steering Committee Co-Chair of CarSys, the first ACM International Workshop on Connected and Automated Vehicle Mobility.

Kumar’s many honors include being named a Fellow of ACM, IEEE and the World Academy of Sciences. He is also a member of the National Academy of Engineering (USA).