How did you become interested in new memory technologies and what do you find exciting about this field?

Upon my return to Korea in the mid-1990s, a colleague of mine and I had started working on storage issues, which was, of course, all focused on hard disk drives at the time. In the late 1990s, Samsung Electronics, which was a relatively unknown company at the time, approached us and asked for our assistance on something called "flash memory," which was generally an unknown device at the time. We started to look at the firmware involved in getting flash memory working and developed an algorithm, today typically known as the BAST algorithm, for managing flash memory. This got us going on flash memory. Then, around 2004, we started looking into devices that were even more unknown, that is, what is today called persistent memory. At the time, FeRAM was in the market in very small volume and terms such as PRAM and MRAM were being tossed around. I thought that these were very interesting devices with characteristics that computers could leverage, if the devices could be delivered. It has taken some time, much longer than I had thought, but they do seem to be on the horizon now for commercialization.

This is an exciting field, as these new memory technologies really have the potential to change the landscape of computers. We will not just see computers with growing speed and capacity--I think it will change the very notion of what a computer looks like. Consequently, the software working in sync with these new hardware installed computers will have to change. We will have to see how fast such changes will be adopted, or in fact, if such changes are valid. These are all new research issues that need to be looked into. Personally, I think we're going to see some big changes in the not-too-far future.

How is the continuous demand for more and more storage capacity, on one hand, and the explosion of mobility/Internet of Everything, on the other hand, shaping innovation in this field? What are promising approaches/technologies that can store huge amounts of data while ensuring fast performance for pervasive computing scenarios?

The amount of data being generated today is truly mindboggling. Just getting to store the mass amount of data being generated itself is a challenge, and yet our field is being asked to analyze such quantities of data in an effective and meaningful way. Today, there really doesn't seem to be a clear answer for these challenges. But as there seems to be no end in sight to this problem, people will have to come up with some innovative ideas. I wish I knew what these are, but for now, I think people are looking at both the old and the new. That is, newer types of the old hard disk drives such as SMR HDDs are being developed, while newer technologies with flash memory and persistent memory such as 3D XPoint are also being looked at. Because of cost issues, I think a hybrid of these approaches will prevail for some time into the future in order to satisfy the capacity and performance requirements of end users.

The use of flash drives has been growing exponentially, and they are expected to be dominant in the near future. At the same time, shingled magnetic recording drives (SMRs) allow more data to be written onto the same space, while helium drives use less energy. Harvard scientists were also able to encode DNA molecules with data. Which of these forward-looking technologies has the most potential?

I do not think one technology is going to prevail. Flash-based solid-state drives (SSDs) have recently made some remarkable strides, and they are really pushing the hard disk drive community to come up with even more innovation, which they have remarkably been able to keep up for so many years. Now with 3D Xpoint-type persistent memory technology popping up, the competition is going to get even more fierce. I think this is really healthy. Competition pushes for innovation, and so, technologies in all fronts will continue to advance. And with the massive amount of data being produced, the market will keep growing, which means everyone involved can turn out to be winners.

Some analysts have noted that recent developments in storage technologies brought about by flash memory, cloud computing, and other innovations have shaken up what had been a relatively stable field. They add that these disruptions might threaten the traditional roles of database storage managers and professionals. How will innovations in the field impact employment, and how should storage professionals navigate their careers?

I think the most disruptive technology impacting storage professionals is not the storage technology itself, such as devices using flash memory, but rather computing paradigms such as cloud computing, where data is no longer individually managed but centrally managed by a third person. This may affect individual employment in the traditional sense, as companies may need less manpower to "handle" their data. However, as companies realize that data is gold, the demand for people dealing with data management and analytics is expected to grow at a much faster rate, as evidenced by all these data science institutes popping up at every other university. And with the expected growth of the market, the number of technicians and experts needed in this field is only going to grow for some time. Thus, the impact of disruptions in this field can only be positive in terms of employment. 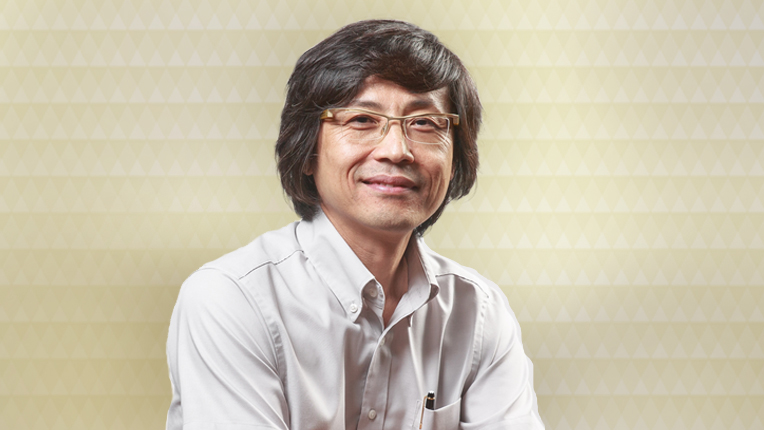 Sam H. (Hyuk) Noh was recently named the Editor-in-Chief of ACM Transactions on Storage (TOS). He is a Professor and Head of the School of Electrical & Computer Engineering at Ulsan National Institute of Science & Technology (UNIST) in Ulsan, Korea. His current research interests include operating systems issues pertaining to embedded computer systems with a focus on the use of new memory technologies such as flash memory and persistent memory.

Noh has been active with several ACM conferences, including serving as the general chair and on the steering committee for the ACM SIGPLAN/SIGBED Conference on Languages, Compilers, Tools and Theory for Embedded Systems (LCTES) in 2015 and 2016, respectively; as a program committee member of the ACM International Conference on Architectural Support for Programming Languages and Operating Systems (ASPLOS 2016); and as a program committee member for the upcoming ACM International Systems and Storage Conference (SYSTOR 2017). He had also been serving as Associate Editor of ToS for the past two years.