How has the boom in the use of mobile phones impacted design considerations of flash memory chips?

Flash memory is widely known for its usages in memory cards and solid-state drives. However, it is not so well known to people that tablet PCs and smartphones are the two applications that have the largest consumption of flash memory in the market. Smartphones are reshaping the flash memory market with the preference to have a module design, e.g., embedded Multi-Media Controller (eMMC). This also has impacts on their specifications, namely considerations of the access behaviors of smartphones.

Recognizing that there is a physical limit to the metal oxide semiconductor (MOS) components that are now being used to store data, some scientists have explored the possibility of storing data in individual molecules. Do you believe molecular data storage is a feasible approach and, if so, what hurdles would need to be overcome to make it a reality?

Even though I am not an expert in molecular data storage, there should be a good possibility to have excellent storage technology in that direction. However, experience tells us that an emerging technology seldom directly replaces another technology that already excels in one application (in this case, the storage of mobile devices). The success of an emerging technology often depends on finding the right application. For example, the success of flash memory should thank the emergence of digital cameras, which depend on memory cards. After that, we saw flash memory used successfully in solid-state drives. Therefore, the question could be, ”What is the best application for molecular data storage?“ Of course, this is an open question.

What other areas of flash memory storage, database system architecture, or related applications do you think will make great advances in coming years and why?

Flash memory will surely have impacts on its storage usages for servers and even database designs in the very near future. File systems are already under refinement or redesign for flash memory storage. Good advances are on the way. On the other hand, the success of flash memory storage has also shown us how other kinds of non-volatile memory might have huge impacts on computer sciences. There are several kinds of non-volatile memory under development, such as Phase Change Memory (PCM) and Resistive Random Access Memory (RRAM). They could have huge impacts on the designs of computers and computer architectures if proper applications (and later more) are identified to replace Dynamic Random Access Memory (DRAM) with non-volatile memory. Then we might have wearables with much longer battery life or data servers with much less energy consumption (of course, equipped with non-volatile memory for main memory usage). We could have in-memory computing over computers and might not have computing restricted by slow storage anymore. These are potentially great advances!

What advice would you give to younger colleagues just starting out in applied computing?

Don’t keep switching among research topics. Have a good sense of the technology development. It is important to invest yourself in emerging topics for the long run. 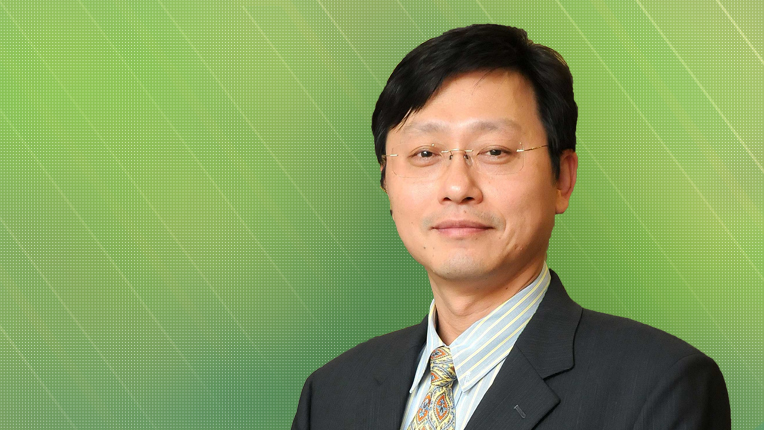 Tei-Wei Kuo is a Distinguished Professor in the Department of Computer Science and Information Engineering at National Taiwan University in Taipei, where he was recently named Executive Vice President. He is Vice Chair of the ACM Special Interest Group on Applied Computing (SIGAPP). His research interests include embedded systems, real-time systems, non-volatile memory, and storage systems. He has published more than 200 technical papers and received more than 20 patents in the US and Taiwan for flash memory storage systems and embedded systems designs.

Kuo served as Director of the Research Center for Information Technology Innovation at Academia Sinica, Taiwan, between January 2015 and July 2016. Prior to that, he was a Program Director of the Computer Science Division of the Ministry of Science and Technology/National Science Council of Taiwan (2013-2015), and served as an independent board director of Genesys Logics and MStar Semiconductor.

In addition to being named a Distinguished Research Fellow of Academia Sinica in 2014, Kuo was named an ACM Fellow in 2015 for contributions to performance and reliability enhancement of flash memory storage systems. He serves as the Editor-in-Chief of ACM Transactions on Cyber-Physical Systems (TCPS).