Of the various disciplines within computing, why did you decide to pursue a career in computer networks and systems?

I am always fascinated by the ways we can apply theory to real world system problems or find new ways to bridge the two worlds of theory and systems. I studied the theory of distributed computing for my PhD - a fascinating discipline of problem solving using a dynamic set of physically dispersed computers running asynchronously but connected via networks. Many of the abstractions that have been applied to traditional (sequential)or parallel computing (with one or multiple computers running in synchrony) need rethinking. As computers and networks may fail or be compromised without much warning, the problems of fault tolerance, availability, consistency, trust and security become more pronounced and need to be factored in for solving every real-world problem.

This work naturally coincided with the boom of the Internet and cloud systems. I had so much fun in applying many theoretical findings and approaches in distributed computing to real world distributed systems and network problems in order to find practical solutions for them. Much of my work in computer networks and systems falls into this category.

Yes. I believe it will be a matter of time. We are already seeing this trend in some countries like Sweden, India and Korea. Cash is inconvenient: bulky to carry, time consuming to pay, difficult to pay online, prone to loss, theft and fraud, and hard to verify transactions through third parties (needed for reimbursement and tax). On the other hand, mobile payments require habitual changes. The perception that there are security problems on smartphones is still pretty high among consumers. These are the two main reasons why its adoption is slower than we would like.

As smartphones become more secure with hardware features like trust zones and embedded secure elements (where keys can be stored, encryption can take place, and the payment schemes support fully tokenized transactions) ,the level of security is higher than use of plastic cards. The challenge of making this habitual will gradually be fixed as people enjoy the convenience and speed of mobile payments.

I believe that Bitcoin has a lot of potential because it solves many of problems associated with cash and cards. It is also convenient, secure and verifiable without need of infrastructures like payment networks. Once it passes some of regulatory and stability or volatility problems, I believe it can be one of the main means of payments in the future.

In a recent Samsung blog introducing the Bixby virtual assistant, you noted that people use less than 5 % of the 10,000 functions that are available in the latest smartphones. Why do you believe innovations with voice agents are the key to enhancing the smartphone experience? Will voice overtake touch as the primary user interface in the coming years?

Touch has an inherent problem: touch screen size is more or less fixed while the number of functions in mobile phones is increasing at a record speed. Because of this, touch has to be extremely hierarchical with menu trees. So user interface and experience (UI/UX) designers face the ever-challenging tradeoff decisions of where to place functions. As functions are placed closer to the top level view they can be more easily discovered. But placing more functions at a screen hurts usability. People also need to constantly learn how to find and use new functions.

Natural language interface has the benefit of flattening the hierarchical user interface because users can state their voice commands independent of the placements of the actual functions in the menu trees. In fact, menu trees are not required or difficult to implement with voice commands. So the "space" where functions can be placed with voice interface is going to be as much as users can cognitively retain. Users do not have to remember the exact commands and they can be imprecise about the natural language expression of commands. Machine learning can map these imprecise commands to the actual exact functions. If it is unable to disambiguate, the machine can always ask for users to clarify with further information. Furthermore when these commands can be customized by users into more easily remembered phrases this "space" becomes even larger as people can remember them better. I believe these characteristics of voice interface can greatly enhance the usability of mobile phones and allows them to enjoy more functions.

Will voice overtake touch? I don't think so. The most natural ways people interact with the world is not just using languages; people are extremely multimodal. They use visual cues, gestures and touch, type and pointers. I believe the next generation interface will be highly multimodal weaving many different modes of interactions by the whims of users. Voice interface designed with this in mind will win the heart of consumers and accelerate the adoption of voice interface. 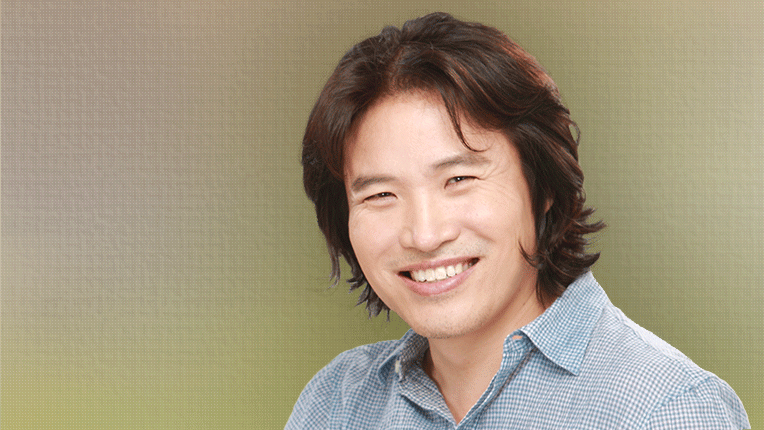 Injong Rhee is the Chief Technology Officer and Executive Vice President of Software and Services, Mobile Communications at Samsung Electronics, Korea. Since joining Samsung in 2011, he developed some of the company’s most high-profile products, including Samsung KNOX, a security platform built into more than 200 million Samsung smartphones, Samsung Pay, a mobile payments solution, and most recently, Bixby, a virtual digital assistant. His most recent accomplishment is the software powering flagship smartphones such as Galaxy S8 and Note 8, Gear smart watches and IoT services. Rhee was a professor of Computer Science at North Carolina State University before joining Samsung.

Rhee is also the inventor of the Binary Increase (BIC) and CUBIC Transmission Control Protocol (TCP) congestion control algorithms, which are used in android and Linux devices around the world. He is a two-time winner of the IEEE William Bennett Award for his work in computer networks (2013, 2016). He will be a keynote speaker at the 25th annual ACM multimedia MM 2017 conference, to be held October 23-27 in Mountain View, California.