In RADCOM-HETNET, one of your recent research projects, you are exploring using radar for coordination and communication between autonomous vehicles. Will you explain why radar may be useful in the development of autonomous vehicle networks?

In the past 15 years, a lot of effort has been spent on investigations of communication technologies and protocols for vehicular networking, with the aim of enabling a set of next-generation safety services, as well as improving the driving experience as a whole. This research converged into two different standards: one building upon WLAN (IEEE WAVE/ETSI ITS-G2) and the other building upon device-to-device communication in cellular networks (C-V2X). Both of these standards use frequencies in the range of several hundred MHz to a few GHz, i.e., being able to send communications through obstacles.

What sounds great at first (you can now communicate, or "see" through buildings) has the disadvantage that multiple concurrent communications interfere with each other. Vehicular radar (operating at 60-77 GHz, i.e., in the mm-range) is quite sensitive to obstacles and needs line of sight. Thus, the interference level is much lower and, most important, much higher data rates can be realized. Our project is about combining sensing and communication on the same technology and then complementing existing WLAN or 4G/5G protocols. At the same time, many security problems can be mitigated using such line-of-sight technology.

You have conducted research using sensors to track bats in the wild, as well as other natural phenomena. How might this research advance the science of wireless networking?

Indeed, tracking bats in the wild turned out to be a massive challenge from an embedded system design as well as a communications perspective. The nodes we have developed that are attached to the bats must weigh less than 2 grams; our prototype currently weighs 0.8 gram. The remaining weight capacity is for the battery. Now, a battery of this size cannot directly power our microcontroller, so that we have to first charge a capacity, which then (for a few milliseconds) powers our system, including the radio transceiver.

We came up with some smart wake-up receiver concepts as well as an approach using sensors in the field as a distributed antenna array for receiving the signals from the bat transmitters as reliably as possible. The findings from this project have a wide application range in IoT, smart city, and smart home applications. We are, for example, now adapting the wake-up system to WLAN for a next generation of highly energy-efficient WLAN devices, which will be the basis for many IoT concepts.

Beyond the use of communication between cars for autonomous driving, you and your co-authors have proposed that cars could serve as the central communications hubs in smart cities, providing critical communications infrastructure and facilitating everything from people using their smartphones to data sharing among sensors and machines at different locations throughout a city. Why do you believe cars are poised to play such a key role in the emerging IoT?

After many years of research in the field of vehicular networking, we also asked ourselves the question: “What additional, possibly more disruptive, applications can be envisioned assuming that next-generation cars will be equipped with many communication and computation capabilities?” It turns out that these capabilities are used only a fraction of the time while people are driving and even less so when a car is being parked. At the same time, we see a strong need for better connectivity in smart cities, particularly for providing location-based services. We therefore explored algorithmic solutions to turn cars into (moving) distributed data storage hubs, which can easily support such geo-referenced data.

The challenge is mainly in the high dynamics of the cars when moving about our cities. With some smart algorithms, we can nevertheless turn them into virtual-edge cloud systems for a huge variety of applications. It’s also important to note that cars are also able to bridge communication gaps after natural disasters if the wider communication infrastructure is temporarily disabled.

What will the landscape of autonomous vehicles and smart cities look like five or 10 years from now?

Only 10 years ago, fully-autonomous driving and the concept of smart cities were considered quite visionary. Now, we see such cars on the road. From a research perspective, there is still a long way to go in order to enable a fully-integrated information communications technology (ICT) system that includes autonomous vehicles, IoT in general, smart cities, and so on. Most important, cooperation is still missing. Machine learning solutions already now enable cars to make decisions—and also bring up questions about ethics and public acceptance.

Yet today’s autonomous cars are still considered toys compared to what is coming with next-generation cooperative driving concepts. Hot topics in research—both in academia and in industry—include platooning, i.e., cars forming a road train with ultra-short safety gaps. The first field trials are going on. Ten years from now, such platoons will be standard on our freeways, even if they are only platoons of specially-designed trucks. At the same time, the majority of cars will be equipped with lots of communication technologies. This, in turn, will enable a huge variety of exciting applications. 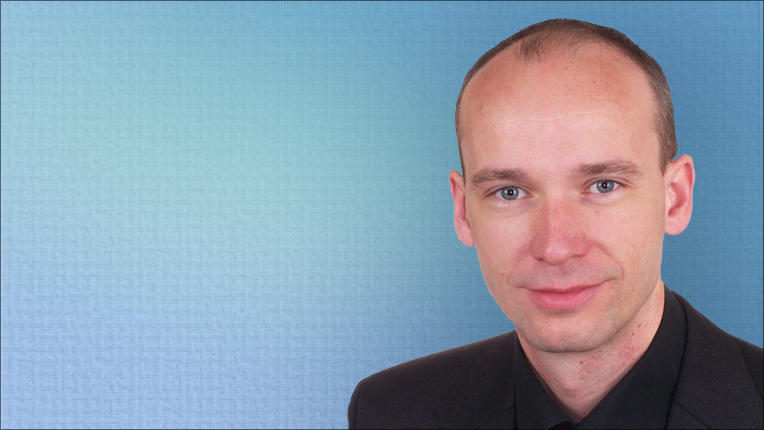 Falko Dressler is a Professor of Computer Science and Chair for Distributed Embedded Systems at Paderborn University in Germany. His research interests include adaptive wireless networking, self-organization techniques, and embedded system design, with applications in ad-hoc and sensor networks, vehicular networks, industrial wireless networks, and nano-networking.

Dressler has authored more than 300 publications, including the textbooks Self Organization in Sensor and Actor Networks and Vehicular Networks. He serves on the Executive Committee of ACM’s Special Interest Group on Mobility of Systems, Users, Data and Computing (SIGMOBILE) and has chaired ACM conferences including MobiSys and MobiHoc. Dressler is an IEEE Fellow and an ACM Distinguished Speaker, and was recently named an ACM Distinguished Member.