How did you become interested in the logic and semantics of programming languages?

My interest started when I was a Master's student at the University of Copenhagen, where I was fortunate to work with Neil Jones on partial evaluation, and with Mads Tofte on the ML Kit with Regions compiler. I then moved to Carnegie Mellon University to do my PhD, where I worked with Robert Harper on logical relations and with my PhD advisor Dana S. Scott on “realizability toposes,” which are a kind of semantic model of type theory. I also learned about John Reynolds' interest in the beginnings of separation logic, an area in which I have since continued working.

You recently co-authored the paper “Interactive proofs in higher-order concurrent separation logic,” which was presented at ACM POPL 2017. How has separation logic influenced the ways in which we reason about and verify computer programs?

Separation logic has made it possible to give precise, mathematical, modular specifications for a much wider class of programs than was earlier thought possible. We can now write down precise logical specifications that express functional correctness of concurrent higher-order imperative libraries—such as those found in java.util.concurrent—and prove that sophisticated efficient implementations meet those specifications. For scalability, a key point is that it can be done modularly, that is, one program module at a time.

There has further been a tremendous development in tool support for machine-checkable verification, both in semi-automated techniques based on static analysis and also in techniques based on interactive verification. For example, in the paper from POPL 2017, we present an Interactive Proof Mode, which supports interactive formal reasoning in our Iris program logic in much the same way as one can reason formally in proof assistants such as Coq. We have used this proof mode to conduct several larger case studies.

A goal of the Modular Reasoning about Concurrent Higher-Order Imperative Programs (ModuRes) initiative, which you are directing at Aarhus University, is to develop mathematical models for future software tools. Five years into the initiative, what are some key insights your group has realized about this kind of research?

We have developed new, very expressive higher-order concurrent separation logics for reasoning about concurrent higher-order imperative programs, in particular the current state-of-the-art Iris logic I mentioned above. Here are three key insights of this work:

What new research in the logical and semantic foundations of program systems will be especially relevant to cybersecurity in the coming years?

There are many interesting directions. One example is the nascent area of secure compilation, which addresses the question of how we can ensure that compilers preserve security properties of programs. Today, almost all the abstraction and security guarantees of the source language are lost when the compiled program interacts with lower-level code, for instance when using low-level libraries. For example, the abstraction of having a proper call stack is broken when linking with low-level code, which may jump to arbitrary points in the target code.

One hope is that hardware can help support dynamic enforcement of desired properties. We are currently investigating how one may use so-called capability machines to enforce the abstraction of having a proper call stack. Interestingly, it turns out that to prove that such enforcement can indeed be achieved, we can use a variant of a Kripke model over recursively defined worlds.

Another example is research in security of cryptographic protocols and primitives, and their implementations in software and hardware. Cryptography proofs are often intricate, and the gap from model to running code is usually quite large, which opens the door to bugs and vulnerabilities. We need better methods for verifying implementations of cryptography. 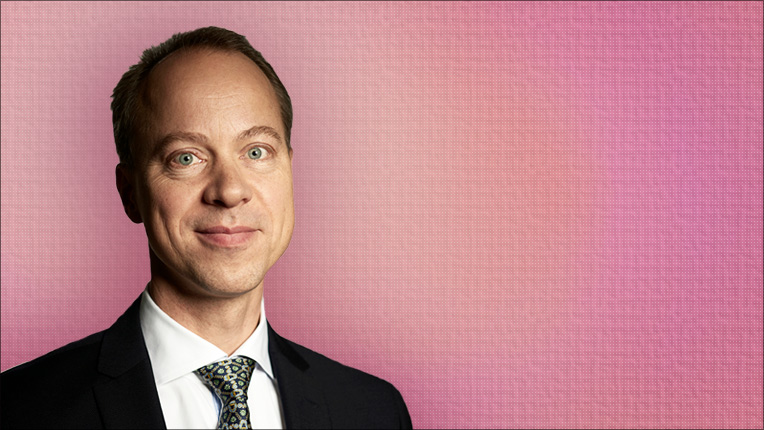 Lars Birkedal is a Professor of Computer Science at Aarhus University in Denmark. His main research interests lie in the area of logic and semantics of programming languages and type theories. Currently he is working on program logics for reasoning about concurrent, higher-order, and imperative programs; cybersecurity; and type theories with guarded recursion.

Birkedal’s honors include receiving the Danish Minister of Research Elite Research Award (2015) and the ACM SIGPLAN Robin Milner Young Researcher Award (2013). In 2017 he was named an ACM Fellow for contributions to the semantic and logical foundations of compilers and program systems.