What is an interesting challenge/question in computer-human interaction you are working on now?

One of my goals is to create interactive spaces where groups of people can easily visualize and manipulate complex data and collaborate remotely with other people anywhere in the world. I founded, and am the scientific director of, the Digiscope project, where we have created 10 platforms on the Paris-Saclay campus with large wall-sized displays or immersive rooms. We’ve developed applications for the platforms in scientific discovery; design, engineering and manufacturing; decision support; and education and training. But it is still too difficult to work in these environments. Current software is not designed to run across multiple devices, be used collaboratively by multiple people simultaneously, or be customized to the needs and capabilities of different users and devices.

My research addresses a few key challenges: understanding fundamental aspects of interaction and collaboration in these environments; creating effective interaction techniques and supporting fluid collaboration, both locally and at a distance; and engineering flexible solutions that can be deployed on these platforms. We have achieved some promising results in all these areas, but there is still a long way to go before “interaction in the large” is as easy as interaction with our laptops and smartphones.

You were a co-author of the paper BIGnav: Bayesian Information Gain for Guiding Multiscale Navigation, which won a Best Paper Award at CHI2017. What is the main idea of this paper, and how it might be applied in computer-human interaction?

This is the work of my former student Wanyu “Abby” Liu, whom I co-advised with Olivier Rioul from Telecom Paris. She received a PhD thesis prize for this work. The “BIG” idea in this work is to use a measure of the amount of information transmitted by the user to the computer, using the tools of information theory in order to create more efficient interfaces. Interacting with a computer to achieve a task can be seen as reducing the uncertainty of the computer about what you want to do. For example, when you are trying to find a location on a map, you go through a series of steps, moving left or right or zooming in or out. At a particular point, if you move left, you are telling the computer that the correct location is not on your right (unless you made a mistake). In BIG, the system uses this information and its previous knowledge to, in a sense, challenge you at each step by choosing a new view so that your next input maximizes the potential gain of information by the computer. From the computer’s perspective, your different possible actions have equal probability.

In our experiments, this has led to performance gains of up to 40% which, for a human-computer interaction application, is huge. Our follow-up work on navigating file systems, BIGFile, showed similar gains (and also received an award). We think this approach can be applied to many other interactive tasks that involve decision making. Challenging the user leads to better performance than trying to help the user (for example, by showing the most probable choice). It’s always interesting when the counterintuitive approach wins.

In 2016, you were awarded a five-year grant from the European Research Council (ERC) for your ONE-Unified Principles of Interaction project, which aims to rethink the basic principles and conceptual models of interactive systems. How would rethinking interaction alter the design of a device that we use every day—such as a smartphone?

On a smartphone—and on a laptop, for that matter—we interact through applications that act as walled gardens: they are neither extensible nor customizable, especially on smartphones. On top of that, the content we interact with is trapped in information silos, oftentimes in the cloud, that we can only access through these apps. I want to break these chains: get rid of the concept of application, liberate data from proprietary silos, and give users the ability to create their own digital environments, in the same way that any skilled worker carefully picks out their own tools and materials.

On a smartphone, this means that instead of having the closed apps we know today, you would have a set of specialized tools that could be combined and work with various types of content. Today, if I like the way a particular app organizes information, and the way another app lets me annotate it, I have to sacrifice one feature or the other. With our approach, based on the concepts of “instruments” and “substrates,” you will be able to mix and match them, and change your mind if you find a better tool, without losing or having to convert your work. To support this flexibility and interoperability, we need underlying “first principles” for digital matter, similar to (but different from) the laws of physics for physical matter. This is a challenging but exciting project because it forces us to think out of the box. It has the potential to change the way we design interactive software by giving power back to the users.

You were recently appointed Vice Chair of the ACM Technology Policy Council. What are some key areas you would like to see the TPC focus on?

There is so much to do! Every day we see the massive impact of information technology on the lives of billions of people, often for the better, but sometimes for the worse. We hear a lot about AI these days, and obviously fairness and transparency of AI systems is a big topic. Other obvious topics include privacy, safety/security, and accessibility. These are all issues that we, as computer scientists, believe we can address with technological solutions.

Maybe because my research is in human-computer interaction, I am more interested in issues that are created by the use and misuse of technology by humans and that will not be solved by technology alone. For example, online platforms have created a gig economy that redefines traditional notions of work and the level of social protection that came with it. Is this progress? Social networks have enabled the “Arab spring,” but also the spread of fake news. Can we ignore it? The CO2 impact of information technology is estimated to already be the same as air travel, and is predicted to double in just a few years to equal that of ground transportation. Is that sustainable? I am looking forward to working with the newly-created ACM Technology Policy Council on these and other questions. 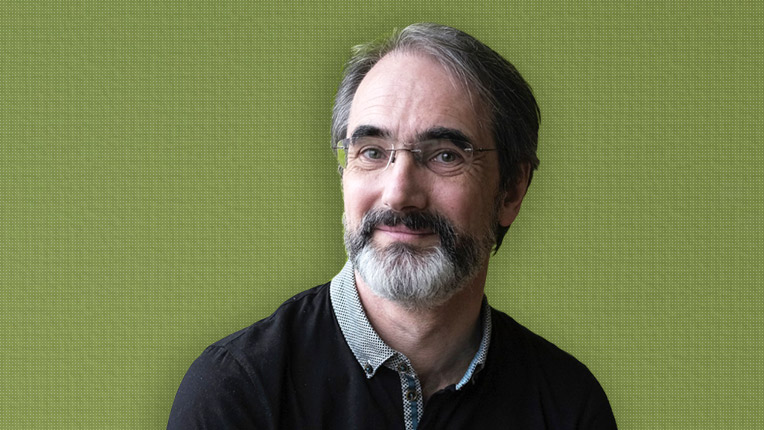 Michel Beaudouin-Lafon is Professor of Computer Science at Université Paris-Sud and a Senior Fellow of Institut Universitaire de France. He has authored over 190 papers on topics including fundamental aspects of computer-human interaction, novel interaction techniques, computer-supported cooperative work and engineering of interactive systems.

Beaudouin-Lafon founded the Francophone Association for Human Computer-Interaction and was its first president. He has been active with ACM and ACM SIGCHI for over 25 years. He sits on the editorial boards of ACM Books and ACM Transactions on Computer-Human Interaction (TOCHI) and was a founding member of the ACM Europe Council. He also served on the ACM Council and the ACM Publications Board. His honors include receiving the ACM SIGCHI Lifetime Service Award and membership in the ACM SIGCHI Academy. A longtime member of the ACM Europe Technology Policy Committee, Beaudouin-Lafon was appointed Vice Chair of the recently-formed ACM Technology Policy Council (TPC), which will set the agenda for ACM’s global policy initiatives.