Given the current state of computer architecture and technology trends, why does energy efficiency continue to be a priority?

At the low end (IoT), maximizing energy efficiency will allow these devices to operate for longer periods of time and do more meaningful computations locally. At the high end (datacenters), energy translates to cost—cost to operate the computers and cost of extracting the heat generated. Finally, there is the role of computing in our overall climate. We should not be oblivious to the carbon footprint of our computers and the emerging killer applications that are running on them, such as machine learning.

How will the growing use of deep neural networks for AI applications impact computer architecture?

The computer architecture community has seen a huge explosion in terms of research volume in hardware acceleration for AI applications. AI applications are showing tremendous promise across a range of applications yet require greater compute and energy efficiency to fully deliver on that promise. One challenge facing architects is the continued evolution of AI algorithms. Accelerators for AI need to be general enough to not become obsolete before they are even manufactured but not so general that they give up their energy and performance advantages.

Much of the early work in this domain was largely focused on inference for convolutional neural networks; already we are seeing the architecture community pivot toward other algorithms and to also consider training as an important aspect for acceleration. The community is also considering accelerators in a range of platforms from ultra-low-power IoT devices up through server/datacenter class devices. There are a great number of challenges for architects, and it’s an exciting time for research in this area!

What other important trends will guide the development of computer architecture in the coming years?

The end of scaling looms large, and computer architects need to find innovative ways to deliver increased functionality and integration in the face of the end of Moore’s Law. One avenue to do this that I’m particularly excited about is chiplet-based systems. Our work on chiplet-based architectures explores opportunities to manufacture small chips economically and then integrate these small chips into a larger system via a silicon interposer. We’ve explored opportunities in this vein for CPUs + GPUs, but there is a rich opportunity to develop more bespoke systems through standard interfaces and communication networks. We envision systems that can quickly and cheaply integrate general-purpose compute with accelerators (such as for machine learning) to create systems tailored to a customer’s demands.

Security is another issue that is on the minds of computer architects. Long considered a niche aspect of the computer architecture community, SPECTRE and Meltdown have recently catapulted security to the forefront. The proliferation of devices through the rise of IoT and the increasing amounts of sensitive data being processed require that architects continue to search for high-performance, secure processor and memory system implementations.

How can an organization like ACM improve diversity in the field? What areas would you like to see the ACM Diversity and Inclusion Council focus on?

There has been a lot of focus on diversity: exposing women and minorities to opportunities in computing and trying to get more diversity into the pipeline. We’ve been talking about the pipeline at least as long as I’ve been in the field (20+ years). These efforts are great and much needed, but the piece I’ve been most interested in lately is inclusion—what happens to people once we get them in the door. Given the lack of significant improvement in diversity over the last 20 years, I think it’s clear that getting women and minorities in the door is necessary but not sufficient.

So, are we bringing people into an environment where they can succeed and thrive? Are they and their ideas treated with respect and given equal attention? In the computer architecture community, through SIGARCH, I’ve been heavily involved in Women in Computer Architecture (WICARCH). In the last two years, our focus has been on building a community—supporting each other, celebrating each other’s accomplishments and increasing the visibility of women’s contributions to computer architecture. One key outcome of this is, I believe, a greater sense of belonging or inclusion in the overall computer architecture community. “You belong here” is a powerful message.

Through the new D&I Council, I want people to come to ACM and find a place that they belong: to know that ACM welcomes and celebrates the unique contributions that each member brings to the table. That impact and innovation can be best achieved through diverse perspectives.

There is some amazing activity surrounding diversity and inclusion happening throughout ACM, often at lower levels like SIGs and chapters. A key priority for the first term of the D&I Council is to collect best practices information surrounding diversity and inclusion from these smaller groups and disseminate it to other SIGs, various committees, councils and boards. We hope on-the-ground volunteers such as SIG leaders will be able to implement these best practices and increase their own group’s diversity and inclusion. I think change at that level can have a huge impact, but SIGs need more information about what is going on in nearby communities and what is working well so that everyone doesn’t reinvent the wheel. I’m thrilled that ACM has put D&I issues front and center and I’m looking forward to the resulting impact we’ll have! 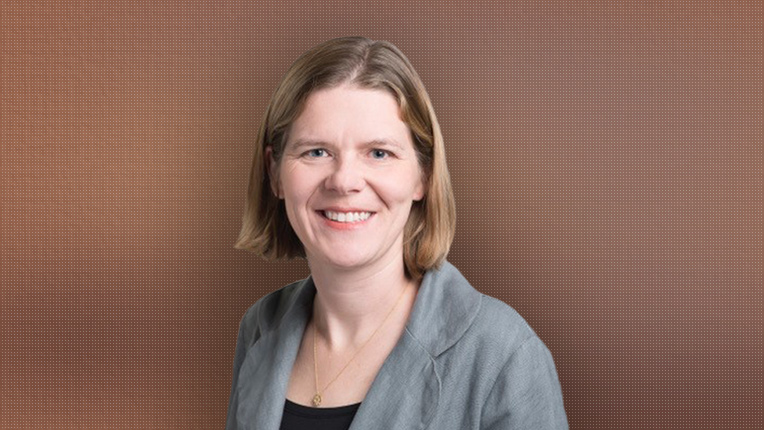 Natalie Enright Jerger is a professor of Electrical and Computer Engineering at the University of Toronto. Her research interests center around computer architecture, with an emphasis on interconnection networks, approximate computing, energy-harvesting Internet of Things (IoT) processors, and evaluation methodologies.

Enright Jerger’s honors include being inducted into the ACM/IEEE International Symposium on Microarchitecture Hall of Fame, as well as receiving an Alfred P. Sloan Research Fellowship and a Borg Early Career Award. She is an ACM Distinguished Member, Vice Chair of the ACM Special Interest Group on Microarchitecture (SIGMICRO) and Vice Chair of ACM’s Special Interest Group on Computer Architecture (SIGARCH). Enright Jerger was recently appointed Co-chair of ACM’s newly-formed Diversity and Inclusion Council.