How did you first become interested in sensor networks and IoT?

I entered graduate school after working for four years as an engineer with a focus on logistics and supply chain issues. Working in industry also gave me experience with using network and other IT technologies. In the early 2000s, when I was starting my PhD, the internet revolution was just getting started, and I recognized that the internet would have an enormous impact throughout the world.

I liked the idea that the internet itself is designed to be self-scalable. I also believed that we needed to (and will eventually) make the internet more intelligent, by connecting not only machines, but people, cars, clothes, and almost everything else. Another goal then was to empower the internet with eyes and ears. So I was motivated to deeply study IoT/sensor networks/RFID, and worked toward the goal of having a new class of devices that are interconnected, programmable, intelligent, and functional, and provide more information than was previously available.

Your project GreenOrbs deploys more than 1,000 sensor nodes in a forest and will collect data for over a year. What have been the challenges in developing GreenOrbs, and what are the opportunities?

This project was motivated by the general efforts people have made in the past decades to combat global climate change. Environmental research reveals that the increasing emission of greenhouse gases (of which carbon dioxide is a major component) is the main culprit of global climate change. Forests sequestrate carbon stocks in the terrestrial ecosystem, while cities are a major source of CO2 emissions.

We launched the GreenOrbs project in 2007. Our first goal was to build a long-term and large-scale sensor network in the forest, in order to provide year-round ecological surveillance—collecting various sensory data, including temperature, humidity, illumination, and content of carbon dioxide—and then sharing the data with researchers. At the time, there was no sensor system with more than 200 sensor nodes working in the wild. And the existing systems only worked for no more than a couple of months at a time. So we were the first project that aimed at creating a system with thousands of sensors running for a couple of years. Beginning in 2008, GreenOrbs has experienced a number of deployments in different places, with different scales. For example, by early 2010, the network size in our Hangzhou project reached 330 nodes.

Later we increased the network size to more than 500 nodes and extended the network to Tianmu Mountain, a national reserve nature park in China. Altogether, by 2011, we had deployed more than 2,000 nodes in forests. We also used the network to provide Canopy closure measurement. Canopy closure is defined as the percentage of ground area vertically shaded by overhead foliage. It is a widely-used significant forestry indicator, but the traditional measurement techniques have either poor accuracy or prohibitive cost. Using a similar method, another forestry indicator called Leaf Area Index can also be measured by GreenOrbs with sensors deployed in the three-dimensional space.

Based on the first phase of GreenOrbs, we started our second phase of the project, CitySee. We deployed 1,200 nodes in an urban area of Wuxi City in 2011, with each node equipped with tens of sensors. Over the next three years, various sizes of CitySee subsystems were deployed in more than 30 cities under the support of NSF China grants and industries. CitySee collects multidimensional data including CO2, temperature, humidity, sound, illumination, location, and human behavior. The extremely dynamic environments and the need of the long-term, large-scale, continuous, and synchronized surveillance of urban areas posed new challenges, so we exercised a series of innovative designs including low-power protocols, wireless localization, network diagnosis, and sensorless sensing. GreenOrbs and CitySee became two of the early implementations of smart city efforts, and we learned a lot from this project that benefits our system designs today.

What might be an especially significant advance in sensor networks or IOT technologies in five years?

In recent years you may have often heard terms like AI+IoT, edge computing and big data. ACM has just named three AI pioneers—Yoshua Bengio, Geoffrey Hinton, and Yann LeCun—recipients of the 2018 ACM A.M. Turing Award for deep neural networks. It is clear to me that AI-embedded IoT is one of the most promising techniques. IoT devices have been building a connected world for years. They produce big data and are able to work with everything from offices to homes to cars. Instead of the term “Internet of Things,” some have begun using the term Internet of Everything (or IoE). With the traditional data analysis approach, data is stored and mined in a centralized manner, in the cloud. However, this process is not fast enough for real-time applications like autonomous cars, and privacy issues continue to be a challenge with the traditional approach.

How can researchers and practitioners in China benefit from participation in ACM and the ACM China Council?

Since the foundation of ACM China Council in 2009, in the past 10 years, we’ve built more than 20 city-based chapters and more than 10 ACM Special Interest Group (SIG) chapters in China. These chapters are very active. For example, ACM SIGCSE China, chaired by Zhang Ming at Peking University, works with ACM China members on curricular recommendations in Computer Science, Software Engineering and Artificial Intelligence. The ACM China chapters also help to provide online learning resources and courses for ACM China members. Other SIG China chapters—SIGAI, SIGMOD, SIGCOMM, SIGMOBILE, SIGBIO, SIGMM, SIGSAC, SIGOPS—also have a lot of tutorials and workshops for researchers and practitioners in China.

Together with the more than 20 city chapters in China—especially with support from Nanjing, Hefei, Chengdu, Shanghai, Chongqing, Xi’an, Da Lian, Beijing, Harbin, Taiyuan, Tianjin, Jinan, Tsingtao, and Lanzhou Chapters—the ACM China Council has organized the ACM Turing Award Celebration Conference in China (ACM TURC) annually since 2017. 1,500 ACM China members have attended each conference. Many ACM A.M. Turing Award laureates deliver talks at this event; at past conferences Vinton Cerf, Raj Reddy, John Hopcroft, Leslie Valiant, and Andrew Yao have visited us. Former ACM Presidents Alexander Wolf and Vicki Hanson also joined the event and delivered talks. In a nutshell, by being part of the ACM family, researchers and practitioners in China are provided exciting tools and resources to advance their career and enrich their knowledge, while at the same time connecting their computing peers. 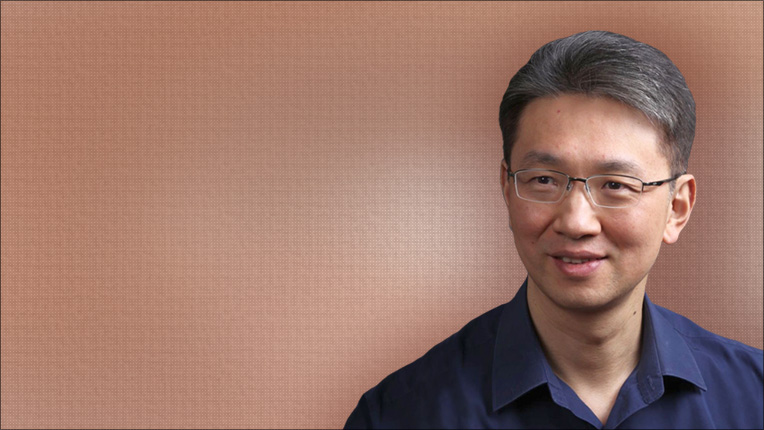 Yunhao Liu is the MSU Foundation Professor and Chair of the Department of Computer Science and Engineering at Michigan State University. He also holds the Chang Jiang Chair Professorship and served as the Dean of the School of Software at Tsinghua University (Beijing). His research interests include Internet of Things, pervasive computing and localization, sensor networks/radio frequency identification (RFID), and distributed systems.

Liu’s honors include receiving the ACM Presidential Award, ACM MobiCom Best Paper Award, China National Natural Science Award, NSF China National Distinguished Young Scholar Award, and China Computer Congress IoT Young Achievement Award. His publications include the book Location, Localization, and Localizability, and the textbook Introduction to Internet of Things (in Chinese). Liu was named an ACM Fellow for contributions to sensor networks and IoT. He is the Editor-in-Chief of ACM Transactions on Sensor Networks and is the Honorary Chair of the ACM China Council.