Some have said GENI is attempting to “redesign the internet.” Why does the internet need to be redesigned and how is GENI doing this?

I prefer to think that GENI provides an experimental environment where many researchers can work, both independently and together, to redesign the internet. Don’t get me wrong, the internet is an extraordinary success story, and it has proven to be amazingly resilient, partly due to all the tweaks and compromises that have developed over decades to support growing demands of scale, security, performance, etc.

However, the same standards that make the internet accessible to everyone also place some limits on innovation. There are many classes of experiment that can’t be tried in the global, public internet, either because the experimental components and traffic would be discarded or because they could disrupt the internet itself. GENI and other research testbeds make such experiments possible and allow the research community to assess their potential benefits and how these new concepts might find their way into future networks.

It’s been more than a decade since the network research community started designing and building GENI. We recently completed active GENI development and switched to sustainment mode, but testbed-based experimentation has continued to thrive. A good example is the Global Experimentation for Future Internet (GEFI) community, which supports international collaboration among network research testbeds. At the GEFI 2018 Workshop, over three dozen such research environments were represented. In the US, I’m particularly excited about NSF initiatives, including Platforms for Advanced Wireless Research (PAWR) and the recently-launched FABRIC initiative, which, in many ways, are picking up where GENI has left off.

In a foreword to The GENI Book, you and your co-authors explain that you will cover “concepts and technologies that transform the internet from a shared transport network to a collection of slices—private, on-the-fly application-specific nationwide networks with guarantees of privacy and responsiveness.” Will you tell us what you mean by “slices”?

A slice is a concept GENI adopted and extended from the work of the PlanetLab project. Beginning in 2003, PlanetLab built on the growing accessibility of virtual computing to give researchers access to a “slice” that includes containers on multiple physical servers around the world. PlanetLab has had a tremendous impact, but its relevance for research in networking and cloud computing has been limited by its reliance on the public internet to connect the computational containers within a slice.

Recall that the underlying notion of a virtual computer is creating the illusion that I have a computer all to myself when I am actually sharing a physical computing resource with others. Different virtualization techniques achieve that illusion with varying degrees of fidelity. GENI relies on the same notion of virtualization to build slices, but incorporates additional resource types beyond computation. As we were designing GENI, the availability of software defined networking (SDN) gave us additional options for incorporating virtual networks into slices as well. The same concept generalizes to many resource types, and researchers have experimented with slices that include virtualizing storage, wireless cellular base stations, and scientific devices such as radars. As with computational resources, the success and limitations of the virtualization depend on the specific techniques used, but slicing in general is a very promising area.

Through your work with GENI, what insights have you garnered about how a future internet might manage increased traffic from Internet of Things (IoT) devices and overall scalability issues?

The past decade or two have seen a striking trend towards centralization of applications into a small number of extremely large datacenters. Relatively simple arithmetic leads quickly to the conclusion that something fundamental will change as a growing number of small devices continue to proliferate and generate ever-increasing data volumes. There is simply no way to move “all the data” to these data centers and even if the data could be delivered, there would be no way to process it all.

Fortunately, this problem is not a new one. The field of distributed computing is all about making intelligent decisions about how to position computational resources and data for the best overall performance. Many people are actively working on a variety of decentralized computational models that take good advantage of advances that have made the mega-datacenter model of cloud computing so flexible and effective. Whether you call these approaches cloudlets, edge computing, fog computing, edge clouds, or something else, they share a number of attributes. These include moving or blurring the boundary between computer and network, enabling in situ data reduction, and the ability to choose when it’s best to move computation to data, as well as vice versa.

What are some exciting new applications/uses that the internet will make possible within the next five years?

Making predictions in such a fast-moving field is always hazardous, but it’s difficult not to be excited by emerging technology that understands both application demands and network conditions and adapts to deliver data intelligently. For instance, some of my colleagues at BBN are engaged in DARPA’s DyNAMO program, which is combining information-centric networking and adaptive network control to interconnect diverse networks that were not designed to work together. These networks speak different protocols, and perhaps more significantly, they may vary dramatically in capacity. By recognizing the needs of applications and adapting to real-time network conditions, technology like DyNAMO can keep information flowing in heterogeneous networks.

This kind of adaptive and intelligent management is already important in today’s networks and will only become more vital in the future. Consider for a moment two ends of a network capacity spectrum. On one end, inexpensive, low-power (IoT) devices can often accomplish useful work with data rates in the kilobytes per second range and lower. On the opposite end, DARPA’s FastNICs program is looking to push data rates above 10 terabytes per second for applications such as distributed training of machine learning classifiers. That’s an enormous performance range of about 12 orders of magnitude, like comparing a drop of oil and a supertanker. Of course, nobody’s planning direct connections between network devices at opposite ends of this spectrum, but such a diverse, worldwide system of networks will continue to be a fascinating management challenge. 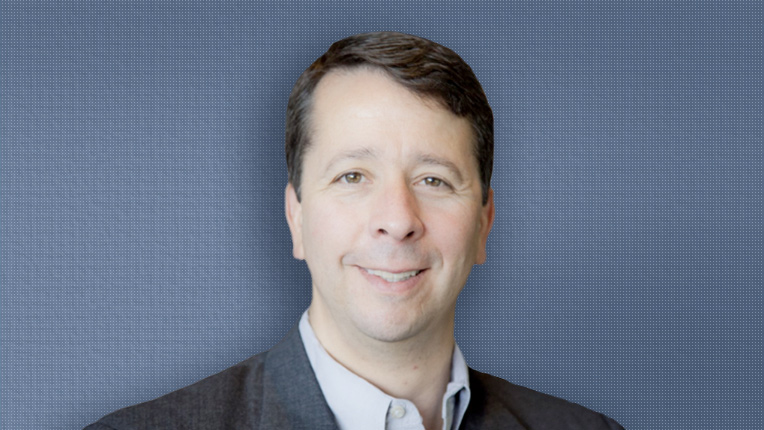 Mark Berman is Vice President of Technology Development at Raytheon BBN Technologies (BBN) and Project Director for the US National Science Foundation’s Global Environment for Network Innovations (GENI) project. GENI’s primary goal is to advance basic research in networking and distributed systems and the development of products and services that improve the internet. The GENI community includes more than 300 collaborators from over 60 universities who help design, build, and maintain GENI, as well as over 14,000 research and educational users in 30 countries and numerous industry and government partners.

In his larger role as VP of Technology Development at BBN, Berman works to bring technical innovations into practical use. He has served as a principal investigator or project manager for several research efforts, including projects related to the development of distributed systems middleware. He was recently named a Distinguished Member of ACM.