Do you think the community of researchers and practitioners have paid enough attention to computing ethics? Why or why not?
This is a tough question, because this doesn’t really come down to “enough attention” about ethics in computing, but more about what kind of attention, when, and by whom. Early in my career the focus was on values and ethics in design, and a push to ensure that technologists and system designers paid attention to values and ethics early on in the design process, rather than waiting for issues to emerge after the deployment of systems. While we’ve had some success in this--including the inclusion of ethics within Accreditation Board for Engineering and Technology (ABET) computer science degree programs, for example--we’ve now also realized that simply “paying attention” to ethics isn’t enough. We need to make sure ethics is woven more deeply into our training and practices as computing professionals. There are some good efforts out there to integrate ethics more deeply into CS curricula (rather than just tacked onto week 15 of an intro class), which is promising.

But the other tough issue is “ethics for whom?” Recently there’s been renewed focus on the fact that “ethics” can’t be treated as a monolithic perspective that applies evenly to all persons or communities. I’m hopeful that the computing community is becoming more attentive to the fact that systems that appear “fair” actually might have uneven impacts across populations. This is an important--and very difficult--challenge for us to confront.

You recently received a $3 million grant from the National Science Foundation for your PERVADE project. What are some of the key goals of PERVADE?
The PERVADE project is a collaboration with six other researchers; we’re trying to tackle the challenge of data ethics from a multidisciplinary perspective. Increasingly, innovative research in fields like data science and computational social science are leveraging the availability of “pervasive data”--data about people and their online activities and interactions--often collected without them being fully aware of its availability to researchers. These might be datasets of public tweets sharing a common hashtag, or photos posted to public Instagram accounts, or heath data gathered from fitness tracker logs, often numbering in the millions of datapoints. With PERVADE, we’re trying to get a sense of how researchers are engaging with the ethical nuances of dealing with this kind of data, how institutional review boards are reviewing research protocols that leverage this data, and how users themselves feel about their data being collected and used, even if anonymized. Our goal is to map this new research terrain, gain a better understanding of the ethical norms and complications, and propose best practices to guide researchers going forward.

In the recent book you co-authored with Katharina Kinder-Kurlanda, Internet Research Ethics for the Social Age: New Challenges, Cases, and Contexts, you outline novel ethical dilemmas faced by those using the internet for research, and suggest some ways of reframing some of these dilemmas. Will you give us one example of such a dilemma, and how we might rethink it?
One of the more significant challenges for internet research ethics is connected to the new and different types of data and resulting possibilities for big data analyses. In the past research ethics--and much of the thinking about internet research ethics--was focused on research where the assumption was that data is mostly generated through researcher interactions such as when conducting interviews or surveys.

Data from social media platforms, however, is an example of “found” data that is produced for other purposes than research, and often shared with a clear intention and audience in mind, even when publicly visible. When conducting research on “found” data, asking for consent to conduct a specific study is not only rarely feasible but often impossible. Researchers may not even have a way to contact the tens of thousands of users represented in a feed of Twitter data. This spurs new questions about how we think about “consent” and even “public” when it comes to research relying on social media data, and presents new challenges of how to respect the contextual expectations of users when they share data on social platforms. This is one of the key concerns that my colleagues and I on the PERVADE project are pursuing.

Why did you decide to start The Zuckerberg Files, and why do you think it is an important effort?
The Zuckerberg Files is a lot of fun…and a lot of work. This started back in 2010 when I was chatting with colleagues at the Association of Internet Researchers’ annual conference about how it would be great to study how Facebook’s CEO Mark Zuckerberg talks about privacy, and whether that has changed over time as the platform has evolved. I started gathering copies of his speeches and interviews, and it dawned on me that this could be a useful archive for other scholars to study. So, in 2013 I launched the digital archive of everything Zuckerberg has said in public. At the time we had a few hundred transcripts and archived videos, but I really haven’t been able to stop collecting data. Given the incredible growth of Facebook, and its connection to recent issues like the US elections, fake news, and data privacy, I’m constantly gathering new material and updating the archive. We now have over 1,000 records and have much of 2019 material still to transcribe and upload.

It has been especially fun, though, to see the archive being used in scholarship and news reporting. Additionally, some creative folks are starting to use the transcripts to write plays, create super-cuts, and even program chat-bots based on Zuckerberg’s language. In the end, I do think we’re able to learn more about Zuckerberg and Facebook’s role in our society based on this ability to analyze and scrutinize his discourse. 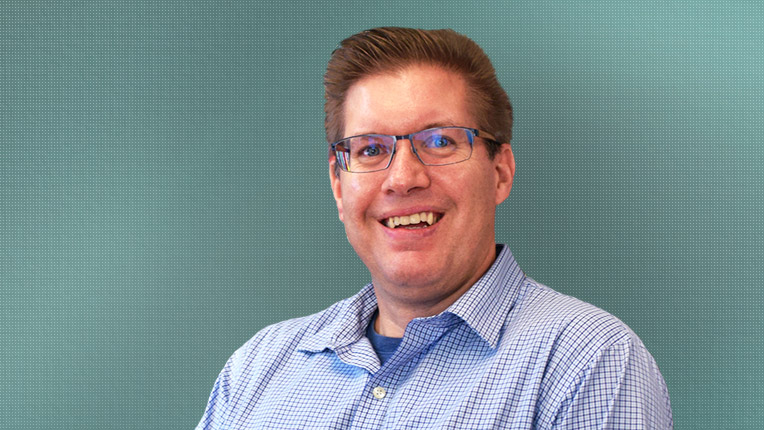 Michael Zimmer is an Associate Professor at Marquette University in Milwaukee, Wisconsin, where he also co-directs the Social and Ethical Computing Lab. He is a privacy and internet ethics scholar whose work focuses on digital privacy, internet research ethics, data ethics and the broader social and ethical dimensions of computing.

Among Zimmer’s current projects are PERVADE: Pervasive Data Ethics for Computational Research, Mapping Privacy and Surveillance Dynamics in Emerging Mobile Ecosystems, and curating The Zuckerberg Files, a digital library of all the public utterances of Facebook’s founder and CEO, Mark Zuckerberg. Zimmer has published in numerous international academic journals and books.