What prompted you to establish the SMART Interconnects Group at USC, and how did it fill a need that wasn’t being addressed within the computer architecture field?

Effectively exploiting parallelism from the proliferation of processor cores and other computing components enabled by technology advancements and leveraged by computer architectures hinges on how well the movement of data among various multiple components is supported by the system’s interconnection network. The SMART Interconnects Group has worked toward advancing designs that enable scalable and reliable communication between burgeoning on-chip and systemwide components, to achieve high levels of performance and power efficiency using only minimal resources and cost as required.

Interconnection networks ideally provide low-latency and high-throughput data movement across interconnected system components (processors, caches, memories, I/O devices, etc.) to allow components to communicate data efficiently and reliably using minimal energy and resources. Whereas the topology of the interconnection network defines what network paths are possible for transporting data packets, the routing algorithm determines which of the possible paths are allowable for packet transport so as to not cause knotted cyclic wait-for conditions with no way of escape for any of the packets involved, which would lead to a deadlocked state. Network deadlocking phenomena can be routing-induced, as previously described, or protocol-induced owing to dependencies among packets of different message types transported across network endpoints, or reconfiguration-induced owing to dependencies among packets routed under the influence of different algorithms within a reconfigured network.

In all cases, the basic idea for deadlock-free adaptive routing is to allow as many of the paths provided by the network topology as possible adaptively to packets, according to prevailing network load (traffic) conditions, while also imposing the fewest set of resources and restrictions on them needed for ensuring that no deadlocked state persists in the network. This can be achieved by deadlock avoidance-based adaptive routing techniques or progressive recovery-based adaptive routing techniques, which maximize freedom of data movement on interconnection network resources. This is in contrast to the less ideal method of maintaining deadlock freedom using fixed or deterministic (non-adaptive) routing that is oblivious to network loading conditions which, in almost all cases, increases the set of resources required and the restrictions imposed on them, limiting the use of possible network paths and resulting in reduced performance and reliability (e.g., poor fault tolerance).

What is an exciting area of interconnection network routing algorithm and architecture research that will have a significant impact on the field in the coming years?

Reliability and energy efficiency will continue to grow in their significance. With the looming migration to beyond-CMOS device technologies, the imminent integration of thousands or more cores onto processor chips, and the eventual scaling to tens of millions or more compute nodes within massively parallel processor systems, the need for addressing reliability and energy challenges across various levels of the interconnect architecture will become even more important, to maintain connectivity of the enormous number of system components and energy-efficient movement of data in the system.

Research on modeling failure mechanisms and novel approaches and adaptive techniques for enabling NoCs and the entire interconnection network to be more energy efficient and resilient to failures—including by tolerating network faults, powering down of network resources, and allowing hot-swapping of components with minimal loss in data transport—will be highly impactful. This line of research has its challenges given that deadlocking dependencies among some connected resources could manifest during the transition from one deadlock-free routing algorithm to another with the changes in connectivity, which could persist even after the network is reconfigured, possibly degrading the entire system.

During a three-year stint at NSF’s Directorate for Computer and Information Science and Engineering (CISE), you served as the founding Lead Program Director for CISE’s Expeditions in Computing program, which now funds projects at up to $15 million over seven years. Given the landscape of how computer science and engineering research in academia is funded by government and private sectors, why is this program important?

Historically, NSF has been the predominant source of government funding, with nearly 85% going to supporting fundamental/basic research in computing by academic researchers in the US, with most of this NSF funding coming from CISE. There has also been a contraction of funding support from industry sources over the years for basic research in academia, especially for large-scale multi-PI projects. Given the significant role NSF CISE now plays, it is important for center-scale funded projects to be supported that allow teams of researchers—including teams from across multiple institutions—to pursue far-reaching, field-defining research agendas with a promise for making significant advances in pushing the frontier of computing in ways that can greatly benefit society.

While a funding program of similar scale and import existed in NSF’s Engineering Directorate, there was no such program in CISE until its inaugural launch in 2008, when Jeannette Wing was the CISE AD, which resulted in four $10 million awards being funded, each for a five-year period. These largely interdisciplinary research programs have, for example, contributed to and enabled the revolutionizing of information technology (such as with the Programmable Open Mobile Internet Expedition) and the establishment of new computing subfields (such as with the Computational Sustainability Expedition) that impact our daily lives. The others in the initially funded cohort, and many more Expeditions awarded since by current Lead Program Director Mitra Basu, have shown equal promise for being as disruptive and impactful. The EPiQC Expedition, for example, explores revolutionary ways of enabling practical-scale quantum computation by developing novel quantum-based algorithms, software, and architecture designs for 100 to 1,000 quantum bit machines that, if/once realized, the research team believes could lead to advancements in drug discovery, efficient photovoltaics and nanoscale materials to improve sustainability, and possibly discoveries for more efficient food production, among many other impacts to society.

You have led efforts to broaden participation in computing of persons from diverse ethnic and racial demographic populations. What are your thoughts about the importance of this, particularly given recent events that led to a statement by ACM’s Diversity and Inclusion Council?

We have seen and/or have become acutely aware of various unsettling and very disturbing events that have occurred in our society—both recently and historically, systemically—that are affronts and attacks on ideals and truths we all value and hold dear or aspire to. That notwithstanding, we live in exciting times to make significant and lasting impact for the betterment of society as contributing members of our computing community. Countless societal challenges, including those identified by the National Academy of Engineering and so-called “Wicked Problems,” are in need of advancements in computing. Such “grand challenges” are aimed at significantly improving humans’, and the planet’s, quality of life and prosperity—broadly spanning energy and sustainability, civil infrastructure and security, healthcare and medicine, and scientific discovery.

To rise to the occasion, I contend and feel very strongly that it is only through the inclusion and embracing of widely diverse ideas and perspectives—including and especially those from persons of all gender, racial, ethnic, religious, physical ability, and identity demographic populations—that the discovery of the most creative, innovative, and comprehensive solutions to critical global challenges facing our society, for the benefit of all humanity, will best be achieved. How can AI for social good be meaningfully applied if vast segments of our society and the unique challenges endemic to them are ignored, left out, or not represented? How can autonomous robotic and vehicular systems or facial and bio-sensing recognition systems be trusted and relied upon if persons of different hues, shades, features, genders and persuasions are not among the designers, test cases, and sample datasets? How can computational sustainability or computationally-enabled immuno-engineering for improving the quality of life and prosperity—both of humans and of all living beings on the planet—be achieved without encompassing and including diversified collectives that are representative of real-world populations, case-studies, circumstances, and scenarios?

If we are to have any hope of truly designing and developing smart cities, sustainable infrastructures, intelligent environments, effective cyber-physical systems, broad-reaching Internet of Things, or any other new or emerging revolutionary technology or advancement, we must embrace, engage and train a truly diverse computing and engineering workforce composed of persons from all demographic populations. 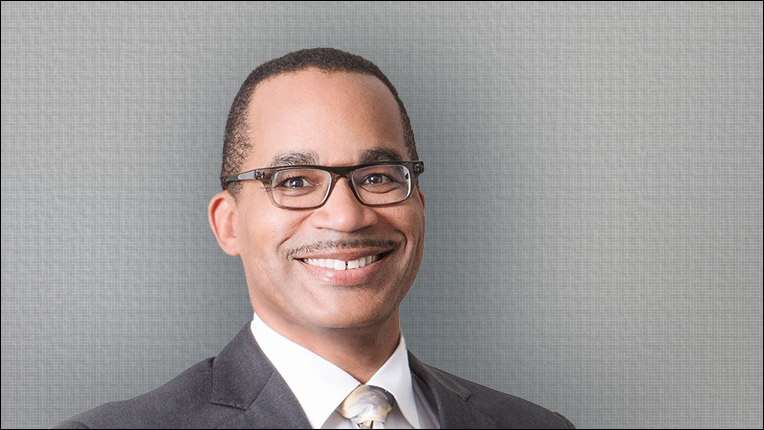 Timothy Mark Pinkston is a Professor and George Pfleger Chair in Electrical and Computer Engineering, and also a Vice Dean, at the University of Southern California’s Viterbi School of Engineering. At USC, he founded the Superior Multiprocessor Architecture (SMART) Interconnects Group, where he and his colleagues conduct research on computer systems architecture. Pinkston has authored or co-authored over 100 technical publications on related topics, including on interconnection network topology, deadlock-free adaptive routing, router microarchitecture, and networks-on-chip (NoCs). His contributions help to improve interconnection network designs for embedded processors, compute servers, datacenters and supercomputers.

Among his honors, Pinkston was recognized early in his career with a Minority Research Initiation Award and a CAREER Award from the (US) National Science Foundation (NSF). Since then, he has received many other career honors and awards, and he has taken on several professional leadership roles, including serving as General Co-chair of the ACM/IEEE International Symposium on Computer Architecture (ISCA 2018). Pinkston was named in 2019 as an ACM Fellow “for contributions to interconnection network routing algorithms and architectures, and leadership in expanding computing research.”