Will you tell us a little about your current work in machine learning, and how it is being applied in areas from cancer immunotherapy to climate change to ethical decision making?

Cancer immunotherapy unleashes your own immune system cells to go after your cancer cells in a targeted way, without the “collateral damage” to healthy cells that may result from standard chemo or radiation therapy. But the effectiveness and safety of a particular cancer immunotherapy is very dependent on the individual—their genome, their immune profile, their cancer cells, and their history. The same treatment may work beautifully in one individual, be entirely ineffective in another (which enables the cancer to spread), and have terrible side effects in a third individual. We usually don’t understand the complex biology that results in these different outcomes. However, machine learning provides the ability to take in a lot of different data and predict who might be a good candidate for which treatment. For example, in some of our work, we used 19 different features with some reasonably straightforward machine learning (the lasso method) and got much better results than had been found previously.

For climate change, I worked on a big project with about 20 other researchers—including experts in machine learning and in climate—to identify classes of problems of relevance to climate change that could be tackled using machine learning. We wrote a paper discussing problems to be tackled with machine learning in different domains of climate impact, and noted what we believed to be the difficulty of the problem. We did this work as a call-to-action for the AI community, and it has sparked much subsequent research. We also founded Climate Change AI to help coordinate work in the community.

Machine learning can make the world a better place by enabling more effective healthcare, implementing better approaches to climate change, and so much more. But it also has the potential to increase bias if we do not explicitly mitigate bias in our ML algorithms. Some of my recent work has addressed this concern. For example, companies are now using automated methods to decide to whom they should advertise particular job openings, or to select among candidates based on their biographies or CVs. We showed that even with protected attributes like gender or race, standard machine learning algorithms trained on existing data pick up biases in the existing data by finding proxies for the protected attributes, thereby exacerbating bias. The proxies need not be as simple as a sport that may be more likely to be done by a man than a woman; it can be subtle, e.g., men and women often use different words to describe similar achievements. We also developed an algorithm that does not use protected attributes but nevertheless mitigates, rather than exacerbates, bias.

You are recognized as one of the inventors of the field of graphons. What are graphons and how are they used in machine learning?

Graphons are continuum limits of networks, or graphs, as mathematicians call them. In much the same way that differential equations describe large-scale properties of something like a fluid (which could be represented by trying to follow the trajectories of all the particles in the fluid), graphons represent the large-scale properties of networks. Graphons give a much more compact representation than trying to specify every node and every interaction between pairs of nodes on the network. We can also use a graphon to generate networks that are statistically similar to a specific network.

Graphons are used in machine learning to represent actual networks—e.g., I can try to succinctly represent a particular social network by its function f(x,y) without explicitly knowing all of the latent variables that determine the likelihood of actual connections. It’s much easier to study the behavior of the network with this function. It’s also easy to generate statistically correct random realizations of the network from this function.

I see a broad spectrum of industry research labs, from very directed labs that keep their work confidential to basic research labs that work closely with universities and have very little confidential work. Many drug company labs are examples of the former, whereas Bell Labs was the classic example of the latter. Microsoft Research is much closer to the Bell Labs model, though as the years went on, there was more focus on return on investment (ROI). The tech industry, especially the platform companies, generally benefits from “first-to-market” effects of innovation, which increase penetration of the platform. So having an open environment that produces more innovation on a faster time scale is the model adopted by many tech companies. Drug companies, by contrast, benefit tremendously from patents, which give them dominant positions for many years.

The model at a place like Microsoft Research, which has deep interaction with universities, seems to be the sweet spot. Based at a company, the researchers have access to much more data than at a university, and they have both the opportunity to translate commercial problems into “computing problems,” which universities can also study, and the ability to push their innovations out quickly to hundreds of millions or billions of people. The way I ensured that we delivered enough ROI to the company was not by directing research, but by letting a thousand flowers bloom, then providing additional visibility and resources to those particular projects that I thought would have commercial value to Microsoft.

At Microsoft, you were recognized for your ability to recruit and retain computing professionals from historically underrepresented groups. What advice would you offer technology leaders who are looking to diversify their workforce?

Everything begins with values. The values of the institutions I build include: 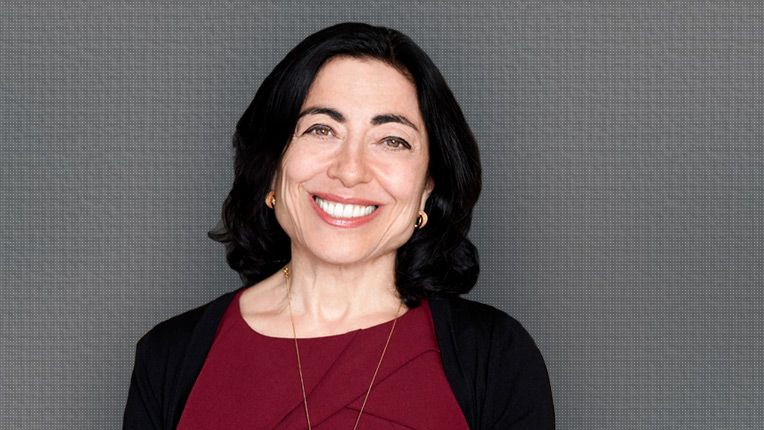 Jennifer Tour Chayes is a Professor and Associate Provost of the Division of Computing, Data Science, and Society and Dean of the School of Information at the University of California, Berkeley. Her research areas include phase transitions in discrete mathematics and computer science; structural and dynamical properties of large networks; mechanism design; graph algorithms; and machine learning. She is the co-author of more than 150 scientific papers and the co-inventor of 30 patents.

Prior to joining UC Berkeley, she spent over 20 years at Microsoft as a Technical Fellow and Managing Director of labs at Microsoft Research New England, New York and Montreal. The MSR labs Chayes founded have roughly three times the percentage of women compared to corporate labs, and an unusually high percentage of people of color and members of the LGBTQ community. Among her many honors, Chayes was recognized with the 2020 ACM Distinguished Service Award for her leadership, mentorship and dedication to diversity during her distinguished career of computer science research and institution building.