What does your role as Director of the People + AI Research (PAIR) Team at Google involve?

The PAIR team conducts human-centered research and design to make people and AI partnerships productive, enjoyable, and fair. We are an interdisciplinary team of software engineers, UX designers, and HCI and ML research scientists conducting fundamental research on human-AI interaction. We are part of Google Research’s new Responsible AI and Human-Centered Technologies organization, and we are also affiliated with Google Brain.

Readers can learn more about PAIR by visiting our website and checking out resources such as research papers, blog posts, interactive “AI Explorables,” open source interpretability tools, the People + AI Guidebook, and a podcast about machine learning (ML).

How did you initially become interested in collaborative web search? Where do you see this field heading in the next five to 10 years?

When we graduated from Stanford University in 2006, my husband and I were moving from California to Seattle to join Microsoft Research. We had to transition from student life to “adulting” and needed to conduct extensive web searches to help find and furnish a home, purchase a car, and research local dog breeders. I realized that the process was highly inefficient; the two of us were performing many redundant searches, unaware of what the other had already discovered, and our email was becoming cluttered with links we sent back and forth. That experience inspired me to develop collaborative search tools as my first major project at Microsoft.

Will you define the term “human-centered AI?” How is the field progressing in reaching the goal of making AI systems human-centered?

“Human-centered AI” is a term I have seen used in different ways by various organizations. To me, the term signifies the importance of considering the socio-technical context in which systems are deployed. A human-centered approach considers issues such as the values of end users and the ways in which AI can support, complement, and/or augment human skills (rather than replace them).

You also have done significant work in the area of technology and accessibility, including founding the Ability team at Microsoft Research. What’s an example of an emerging AI technology that you think will have far-reaching impact on enhancing and expanding accessibility?

It’s difficult to choose only a single AI technology in response to this question, since I believe that responsibly-developed AI has the power to be transformative with respect to many accessibility challenges. One particularly exciting development is recent advances in vision-to-language technologies, which can scale the accessibility of digital images to screen reader users by providing automated “alt text” in cases where the content author has failed to provide this metadata (which is unfortunately a common occurrence; for instance, in a 2019 paper at The Web Conference, colleagues from Carnegie Mellon University and I reported that fewer than 0.1% of images on Twitter contained alt text descriptions). The Ability team’s work on this topic is available here.

You have been very involved in efforts relating to increasing diversity in computing; what types of programs do you think are important to growing the pipeline of diverse computer scientists?

I have attended many programs related to diversity in computing over the past couple decades. There are many great programs out there, but I have been most impressed by the Computer Research Association's Committee on Widening Participation (CRA-WP)’s Grad Cohort workshops. The annual Grad Cohort Workshop for Women and the Grad Cohort Workshop for Inclusion, Diversity, Equity, Accessibility, and Leadership Skills (IDEALS) focus on professional development, mentorship, and networking for graduate students in computing in North America from historically underrepresented groups. These are amazing events. (I wish they had existed when I was a student!) If you have the opportunity to become involved in these workshops—by nominating a student to attend, by volunteering as a speaker or mentor, or by providing financial sponsorship—don’t pass it up! 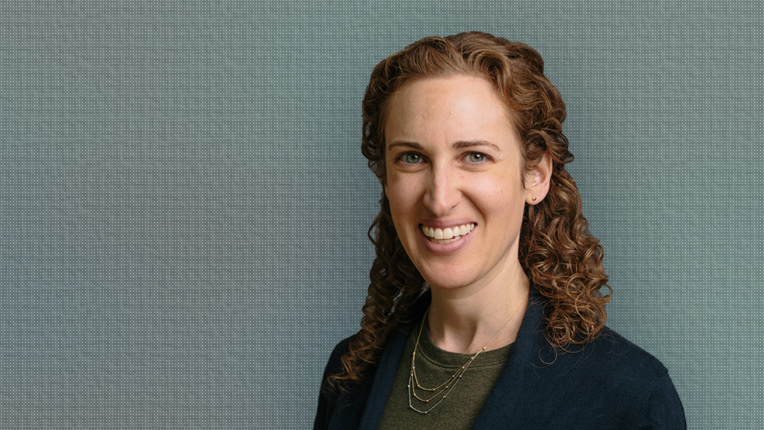 Meredith “Merrie” Ringel Morris is the Director and Principal Scientist at the People + AI Research Team at Google Research. She is also an Affiliate Professor at the University of Washington. Previously she was the Research Area Manager for Interaction, Accessibility and Mixed Reality at Microsoft Research. Morris has received 22 US patents and has authored more than 100 publications on topics including collaborative technologies, gesture interfaces, social media, accessible technologies and human-centered AI.

Morris was named an ACM Fellow for contributions to human-computer interaction, information retrieval, computer-supported cooperative work, and accessibility. She has been recognized as one of Technology Review’s “35 under 35” for her work on collaborative web search. Morris was also elected to the ACM Special Interest Group on Computer-Human Interaction (SIGCHI) CHI Academy in 2020 and has received three Lasting Impact Awards as well as several Best Paper Awards from SIGCHI conferences.