How do you define digital forensics, and what is its relationship to distributed ledger technology?

Digital forensics, an interdisciplinary research area, can be broadly defined to be the process of identifying and preserving evidential artefacts of relevance to a criminal investigation or civil litigation, analyzing the evidential artefacts, and presenting the findings in a court of law as an expert witness. Due to the digitalization of our society, digital evidence is no longer restricted to devices such as computers, laptops and mobile devices. In the foreseeable future, it is likely that all-sensing AI-driven smart devices will become the norm and be an integral part of our Cyber of Everything Ecosystem (CoEE). For example, devices around us (e.g., smart sensing devices in buildings, on streets, and in the air), on us (e.g., smart clothes, shoes, and lenses) and in us (e.g., devices embedded in our bodies, such as prosthetic body parts) collect, synthesize, and analyze data from different interconnected devices in the CoEE. Such data and devices are potential sources of evidence and intelligence.

Hence, moving forward, we posit the importance of designing and implementing forensic-ready systems and infrastructure. Such a concept (also referred to as "forensic-by-design") is analogous to "secure-by-design" and "privacy-by-design," where requirements for forensics are integrated into relevant phases of the system development lifecycle, with the objective of developing robust forensically-ready systems. This also necessitates the design and deployment of some sort of AI-driven digital forensic black box (analogous to the flight recorder on commercial flights), where AI agents can be used to automatically identify and collect artefacts of forensic interest in a forensically sound manner. Such artefacts can then be stored in secure centralized/decentralized locations (i.e., blockchain or distributed ledger technologies can be utilized to ensure the integrity of the stored artefacts, due to properties such as immutability), which can also be used to train AI-driven cyber defensive systems to facilitate investigations, cyberattack attributions, and threat assessments and mitigation.

Why should we be interested in distributed ledger technology?

While blockchain underpins cryptocurrencies (e.g., Bitcoin) and smart contracts (e.g., Ethereum), there are much broader applications of blockchain and distributed ledger technologies (beyond cryptocurrencies and smart contracts), such as those in the 16 US critical infrastructure sectors (e.g., financial services, information technology, transportation systems, and healthcare and public health). The interest in exploring the application of blockchain and distributed ledger technologies in the many different domains is partly because of their capability to offer transparent and integrity properties (due to the underlying consensus mechanism), where recorded data in any given block cannot be modified retroactively without modifying all subsequent blocks.

For example, in the context of e-voting, participants can use blockchain address to represent their identities, thus achieving pseudo-anonymity. Operations in conventional voting systems can be defined as transactions or transfer of virtual assets between voters and candidates, and the transaction contents can be encrypted to protect participants' privacy. After the voting process concludes, all transactions related to the voting event will be stored in the blockchain, thus ensuring integrity of the voting process.

However, the increasing speed and nature of emerging technologies such as blockchain and distributed ledger technologies represent a challenge for policy and decision-makers trying to regulate such innovation. From a legal perspective, we cannot afford to continue to have slow-moving bureaucratic processes or overly broad legislation and regulation that may result in unintended consequences that impact on the broader adoption of blockchain and distributed ledger technologies.

How do we design the next-generation blockchain and distributed ledger technologies so that they can be leveraged to build robust and resilient systems, say at a whole-of-government level?

We need to bring together perspectives and approaches from different disciplines and sectors (e.g., academia, industry and government), and investigate what we can do individually and collaboratively to further advance blockchain and distributed ledger technologies and their adoption.

Closer collaborations between researchers and practitioners from academia, industry, and government will help bridge the gap between academic research and real-world applications, and can therefore contribute to the advancement of next-generation blockchain and distributed ledger technologies that are robust, resilient and quantum-resistant. In other words, designing these next-generation technologies is not the preserve of any single industry sector or disciplinary field because of the nature and extent of an increasingly connected society and sophisticated technological and user bases.

What are your goals for the Distributed Ledger Technologies: Research and Practice journal?

I’m extremely excited about this new journal, which seeks to be the preeminent venue of choice that publishes high-quality, real-world relevant and impactful articles, as well as serving as a platform that promotes research and collaboration on blockchain and distributed ledger technologies across different disciplines and countries.

I also look forward to engaging and having conversations with our community and stakeholders from academia, industry and government, particularly those working on blockchain and distributed ledger technologies, to expand our knowledge base and help orchestrate new thinking and opportunities in our future blockchain and distributed ledger technologies-enabled world. 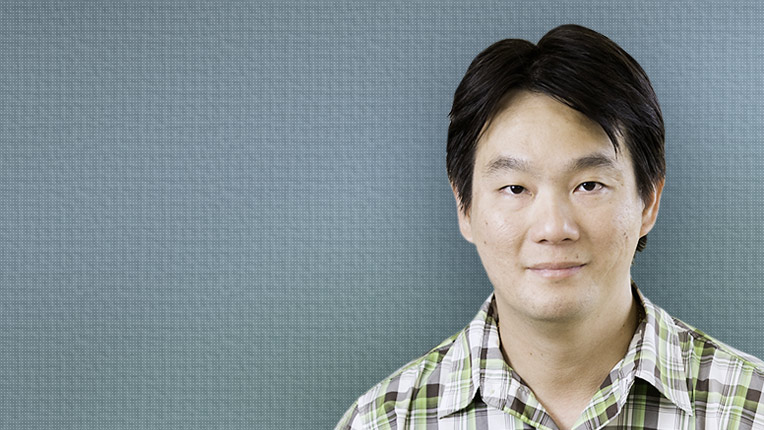 Kim-Kwang Raymond Choo holds the Cloud Technology Endowed Professorship at the University of Texas at San Antonio. His research interests include blockchain, big data analytics, cybersecurity and digital forensics. Earlier in his career, Choo worked for the Singapore Police Force and the Australian Government’s Australian Institute of Criminology (AIC). He was also a visiting scholar at INTERPOL Global Complex for Innovation in 2015, and a visiting Fulbright scholar at Rutgers University’s School of Criminal Justice and at Palo Alto Research Center in 2009.

His awards include the 2019 IEEE Technical Committee on Scalable Computing Award for Excellence in Scalable Computing and the 2008 Australia Day Achievement Medallion (in recognition of his dedication and contribution to the AIC). He was also named a Fellow of the Australian Computer Society, and is both an ACM Distinguished Speaker and an IEEE Computer Society Distinguished Visitor.

Choo is Co-Editor-in-Chief (along with Mohammad Hammoudeh, Manchester Metropolitan University) of the new ACM journal Distributed Ledger Technologies: Research and Practice (DLT). DLT is a peer-reviewed interdisciplinary journal that publishes high-quality research on the theory, application, development and evaluation of distributed ledger technologies, including, blockchain, cryptocurrency, smart contracts, and cryptographic primitives and their wider applications. The inaugural issue of DLT will be published in 2022.