What does your role as Head of the Industrial IoT Competence Center at fortiss GmbH involve?

The core focus of our work is developing networking and computational architectures that can provide support to the next generation of IoT applications (e.g., integration of augmented reality, swarms of robots), with a particular focus on industrial domains. We are working on smart, decentralized edge computing, future wireless networks, information-centric networking, and dynamic container orchestration. From a technical standpoint, our topics relate to networking architectures and protocols, machine learning, and semantic technologies, among other areas.

As head of the IIoT fortiss Competence Center, I am helping shape a new frontier for the internet and IoT. It’s an exciting environment that involves both academic and industrial research work. This role allows me to be creative, apply my computer science knowledge, and have a sense that I am making an impact. Our research team is international and includes both researchers and students (undergraduate, MSc and PhD). We also work with other researchers from the different fortiss competence centers, which fosters interdisciplinary cooperation. Together with international colleagues in Europe, the Americas, and Asia, we work in fields of common interest (wireless, 5G/6G and edge computing). We also collaborate in the areas of computer science training and education.

The IEEE/ACM Transactions on Networking paper that you co-authored in 2016, A Proposal for Dynamic Frequency Sharing in Wireless Networks, explored user-centric networking. What does this mean, and what is the state of user-centricity and networking today?

This is a prime example of a networking research paper developed in an academic environment that had a practical application. Since 2008, I have been doing research on user-centric networking/user-provided networking, i.e., networking architectures where the user (a citizen, an entity) is both a consumer and a provider of internet services.

While the paradigm of user-centricity/human-in-the-loop is today the basis of future 6G solutions, in 2008 we were still working with 2G and evolving toward 3G. The key challenge we explored in this paper is how to integrate user behavior and inference in the networking layers, to improve the network’s operation and to improve the transported internet services.

The paper explored theoretical advanced concepts to improve the OSI MAC layer while supporting fairness downstream when multiple stations are concurrently accessing the wireless medium, without changes to hardware. This work resulted in one European patent, and in the development open source software (OSI MAC layer).

Another recent paper you co-authored, Mobile Pervasive Augmented Reality Systems—MPARS: The Role of User Preferences in the Perceived Quality of Experience in Outdoor Applications, explores how user preferences influence the pervasiveness of mobile augmented reality systems. What was a key insight of this paper? How do you see mobile augmented reality systems advancing in the near future?

The same “user-centricity” line of thought (i.e., the need to develop and approach technology by integrating a user-centric perspective, where technology is not just pre-planned for the user but dictated and controlled by the user via her preferences), is one of the key aspects of this work. The paper is focused on a new generation of augmented reality software-based systems, MPARS.

MPARS will be carried around by users in different environments—at home, at work, and outdoors. A student of mine is working on the adaptation (in real time) of the information provided to the user via MPARS, in a way that takes into consideration her preferences. A goal is to understand the specific utilization context, to prevent information overload.

Augmented/virtual reality (AR/VR) is one of the most crucial next-generation IoT technologies, and our team at fortiss is working on new holographic AR in the context of human-centric scenarios (health, manufacturing, entertainment). We are working on this technology from an interdisciplinary technological perspective. For example, we are taking into consideration user behavior and inference; situational awareness; individual awareness; and connectivity aspects, such as intermittent connectivity and device-to-device communication support.

Why did you decide to become a Councilor of the ACM Europe Council?

I have been involved with ACM for a long time, first as a visiting scholar during my PhD years in the US, and then later as a Professional Member. When I started my PhD, I first became acquainted with ACM and its activities in the US via my advisor and mentor. That was around 2000, so ACM’s presence in Europe was not as strong as it is today. As a PhD student, I found that ACM opened new research horizons and a new research path for me.

My decision to become an ACM Europe Councilor relates to my belief that volunteer work is a key pillar of a research career. We have extraordinary examples of technological and policy development in the overall research community, and especially in the internet area, that stem from volunteer work. 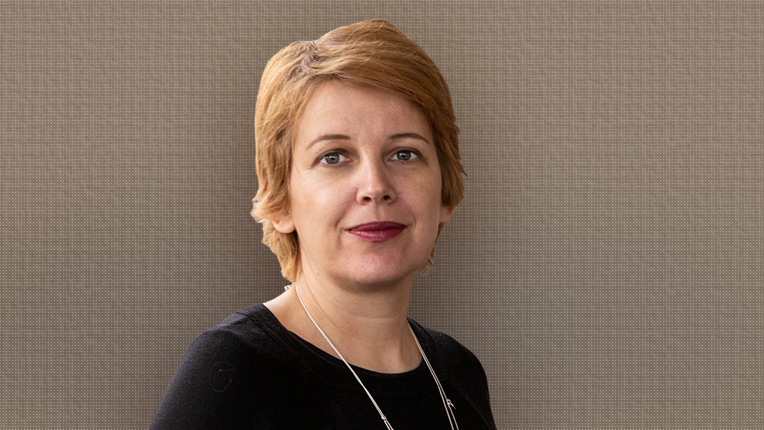 Rute C. Sofia is the Industrial IoT Head at fortiss, the research institute of the Free State of Bavaria for software intensive services and systems in Munich, Germany. She is also an Invited Associate Professor at Universidade Lusófona de Humanidades e Tecnologias in Lisbon, Portugal, and an Associate Researcher at ISTAR, Instituto Universitário de Lisboa. At Universidade Lusófona, she co-founded the research unit Cognitive and People-Centric Labs (COPELABS). Rute is also a co-founder of Senception Lda, a startup focused on personal communication platforms.

Her current research interests include network architectures and protocols, internet of things (IoT), edge computing, in-network computation, and network mining. She has authored more than 60 peer-reviewed publications in her fields of expertise and has received nine patents.