How did you initially become interested in game design?

I grew up in Germany, which has a strong board gaming culture. Like many other families, we would get and play the annually awarded “Spiel des Jahres” (Game of the Year) every Christmas, which turns out to be a surprisingly good hidden curriculum of game design. As James Wallis puts it in the subtitle of Everybody Wins, a review of all past Game of the Year-winning titles, it’s “Four Decades of the Greatest Board Games Ever Made.”

Probably my biggest influence, though, was playing and game-mastering tabletop role-playing games in my teens. Because all their rules and scenarios are written out in front of you (instead of blackboxed in some compiled software) and yet so underspecified for what happens on the table, tabletop role-playing games practically require you to be an improv level designer, rule designer, narrative designer, etc. The barriers to entry for fan work were very low then—I got my start publishing in fanzines and commercial gaming magazines.

You have written extensively on gamification—incorporating game design elements in non-game contexts, such as Duolingo using experience points to teach people new languages. How are recent advances in AI shaping gamification?

Research and development tend to follow “what technology wants.” That is, whatever solution space is most readily afforded by it. So, for gamification and AI, the main expectable thrust has been data-driven personalization, regardless of how needed or effective such work is.

I see two less explored but possibly more fruitful opportunity areas. One area includes metaphors, materializations, and interaction patterns for artificial agents. In all the current talk about hybrid or augmented intelligence, human-AI interaction, collaboration, or collectives, people often overlook that in games, players have been collaborating with artificial agents for decades—only we call them “non-player characters” or NPCs. Tapping game design’s rich experience in creating useful, usable, and desirable AI agents is one interesting intersection of AI and gamification (a shoutout here to Project Malmo).

The other area centers around experience-driven procedural content generation, using AI algorithms to generate (or adapt) game levels and other content that is not just functional, but delivers on some desired user experience. This can be data or model-driven, e.g., computationally implementing some theory of motivation or aesthetics. This already happens in games today, which have a leg up here on other creative domains, but I think there are broader transferable lessons from games for other domains like task allocation in productivity or any form of experience-driven computational interaction.

What role do you think ACM Games: Research and Practice can fill in the field that is currently not being served?

We think games research today has a missing middle. On the one hand, academic games research has won a kind of Pyrrhic victory. Games gained legitimacy as a research topic, so work is exploding in volume across venues. But it’s also fragmenting and being absorbed into the concerns and agendas of specializations such as computer graphics, AI, design, media psychology, creative writing, etc. There are few truly interdisciplinary venues for work that seeks to synthesize the state of the art on games—not graphics or narrative or AI. With a broad scope and editorial board, as well as flexible formats that include reviews and tutorials, we want to create an integrative reference point—think Computing Surveys, but for games and playable media, and not bound to one discipline.

On the other hand, the big game industry players have matured enough to build up their own research arms, but little of that work is currently accessible to academic researchers or smaller studios which make up the vast majority of the industry. There’s a missing middle where academia and industry get together and share. So we want to create a forum that makes great industry work visible and accessible to academia and vice versa.

In seeking submissions for GAMES, the editorial board noted that many people think of video gaming exclusively in terms of digital console and PC games from the Global North—but that this is not fully representative of everything that is happening in the field. Will you give an example of a gaming trend via a novel platform, or in a developing region of the world?

“Not fully representative” is understating things: By some estimates, mobile games make up 83% (2.6 billion) of players and 53% (US $103 billion) of revenues worldwide today, more than console and PC games combined. At the same time, the Asia-Pacific area is now up to 55% (1.7 billion) of players worldwide. The Middle East, Africa, and Latin America have larger player populations than North America and are growing much faster. So, consumer preferences and government regulations in these oddly-named ‘emerging’ regions will shape what games are being made, and we see will companies from these regions buying studios in the Global North and bringing their games into its markets. The global success of Genshin Impact is a perfect example of this. Produced by Shanghai-based miHoYo, this anime-styled cross-platform game arguably mainstreamed gacha monetization—spending in-game or real money to unlock some random characters or weapons—making over US $3 billion in its release year of 2020.

From another angle, we see that live-action roleplay (LARP), long considered a particularly “geeky niche,” is becoming rightfully influential, not just with the cultural renaissance of role-playing in the West and the commercial explosion of Jubensha (murder mystery LARP) in China. LARP designers and academics have developed design practices and concepts for embodied, performative, 360-degree pervasive play that are now being embraced by immersive theatre and augmented reality companies as well as educational and entertainment game designers and Disney. And whatever will come of the “metaverse,” designing socially shared, persistent VR experiences has a lot to learn from LARP as well.

With ACM Games: Research and Practice, we hope to create a forum that surfaces these trends and phenomena and gives voice to important underrepresented voices in games research and creation, with a diverse editorial board and a scope that is intentionally not limited to digital games.

Regarding the impact of gaming on society and individuals, what topic(s) will be the focus of your research in the next 1–2 years?

One of my core interests right now is exploring how game design can contribute to the societal goal of transitioning toward a net-zero emission economy. First and foremost, this requires systemic and regulatory interventions. But modelling studies suggest that the fastest and most cost-benefit efficient way of reducing emissions and resource consumption is coordinating end user demand—e.g., sharing resource-intensive devices or ensuring not everyone charges their electric vehicle at the same time. I think there is an untapped opportunity in social game design for making such energy market systems more effective, acceptable, and engaging for citizens at scale.

Another area I am working in is computational modelling and AI-assisted design for curiosity. I think curiosity and its drivers are underappreciated in games but also cultural heritage, work, and general mental wellbeing. Among other things, the restricted routines and life spaces of the pandemic have highlighted just how much we want, need, and thrive on novel and varied experiences. There are exciting new computational theories of cognition, such as predictive processing, that lend themselves beautifully to explaining curiosity and being implemented in procedural content generation and adaptive systems for games and other domains—both to afford more engaging experiences, but also to test theories against human behavioral and experiential data.

A third area I plan to explore more in the near future is responsible monetization. Games scholar T.L. Taylor noted that games are the avant-garde of many general technology trends. Think about how online role-playing games and Second Life predate most of today’s “metaverse” visions by a good 15 years. Many online game developers shake their heads at current metaverse efforts retreading their old mistakes. In the same vein, video games have already established models for “microtransactions”, e.g., small payments financing games as services. We can already see how the emerging creator economy on video and asset sharing platforms is adopting similar monetization models, with similar public worries about “gamblification,” potential financial harms for select users, and precarious superstar economics for producers. As economic activity overall is moving toward virtualized piece work and asset trading, it is urgent that we understand what makes for socially and economically responsible virtual game economies today in order to sustain our global virtual real-life economies tomorrow. 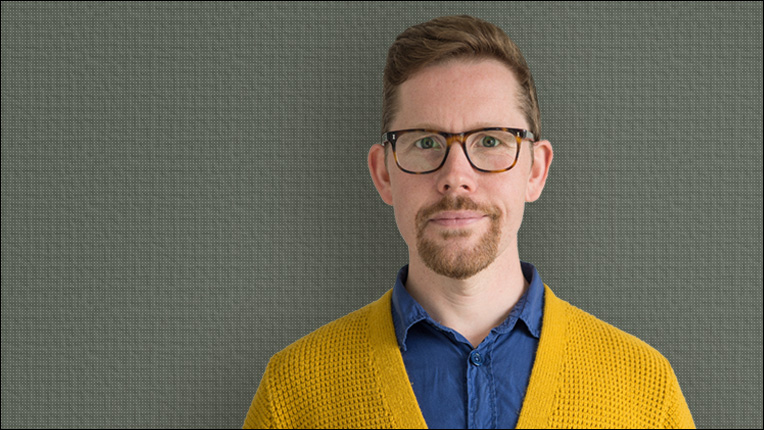 Sebastian Deterding is a Professor in the Dyson School of Design Engineering at Imperial College London. He has worked extensively in game design, behavioral and motivational design, design ethics, and computational creativity, and is most well-known for his pioneering work on gamification, including the co-edited handbook The Gameful World: Approaches, Issues, Applications (MIT Press, 2015). He takes a broadly sociotechnical view to how games prefigure the increasing everyday shaping of human conduct by designed automated rule systems and cyberphysical environments, and what ramifications this holds for responsible design in the service of human flourishing.

Along with Kenneth Mitchell of Edinburgh Napier University, Deterding is Co-Editor-in-Chief of the new journal ACM Games: Research and Practice (GAMES), published in collaboration with ETC Press, which is now open for submissions. They envision GAMES as a shared space where researchers from industry and academia can integrate and advance the full diversity of games and playable media research.