How did you initially decide to pursue a career in computer science?
When I was a kid, I admired my uncle, a retired electrical engineer. He is extremely knowledgeable and can explain anything. If I ever had an unsolvable math problem, my mom would drive me to see him. He had an amazing ability to explain how to solve problems and do so in multiple ways. I saw this as a superpower and wanted to understand concepts as deeply as he did. He talked to me about what he did as an electrical engineer, and I equated his ability to understand and teach things so deeply to his profession as an engineer. I knew then that I also wanted to be an engineer.

I also loved video games! I wanted to design, develop, and build every part of the system, including the software. I knew that if I majored in computer science, I wouldn’t learn the hardware aspect of design and development. So, I thought I’d double major in electrical engineering and computer science. However, when going on college tours, I learned about computer engineering at North Carolina State University. I was hooked after visiting a lab where computer engineering and computer science students were developing video games. My mentors didn’t recommend double majoring; they suggested getting a master’s degree in CS. So, after working for a couple of years as a software engineer at Intel, I decided to pursue a master’s degree in computer science and specialize in Human-Computer Interaction (HCI). It took me five years to finish my MS degree part-time, and after spending that much time on a degree, I couldn’t imagine going back to school. Yet, only a year later, I was ready for more. I decided to pursue my Ph.D. in HCI.

In the area of social innovations, what is one example of an innovation your group developed to address a real-world problem that you are especially proud of?
Many of our innovations aim to support job seekers experiencing marginalization. We’ve designed and developed tools that leverage the O*NET skills database to help job seekers identify skills that they have to transition to new fields and provide a pathway of jobs to pursue to help them gain the skills needed to land their dream job. We also developed a tool that provides job seekers with resume feedback. While these tools have not been deployed widely, we have published the work in academic venues and in a short policy brief.

What was a key conclusion of your recent paper “Implications for Supporting Marginalized Job Seekers: Lessons from Employment Centers”?
Our findings confirmed the severe impact of economic conditions marginalized job seekers face, such as transportation scarcity and stigma. We found that employment center staff performed significant work to assist job seekers in overcoming barriers such as not having reliable transportation, the need for flexibility, or having criminal records. We extended the Psychology of Working Theory by contributing ways in which staff helped mitigate feelings of stigma and contributed design implications for how future employment tools could also help to reduce feelings of stigma (e.g., incorporate stigma-reducing language, provide encouragement throughout the online job search process, foster inclusive relationships with peers facing similar challenges) and incorporate critical consciousness (e.g., acknowledge job search inequalities and create spaces for interrogation; empower job seekers to take action, learn together, and create or participate in new forms of work (e.g., entrepreneurship, worker-owned cooperatives. My colleagues and I outlined this research in the 2020 paper “Community Collectives: Low-tech Social Support for Digitally-Engaged Entrepreneurship.”

What has your experience as a Human-Computer Interaction researcher taught you about interdisciplinary undertakings? Do you think there is enough interdisciplinary work going on in the computing field more broadly? Why or why not?
HCI is an interdisciplinary field sitting at the intersection of computer science, design, and social sciences. So, in addition to having learned from computer scientists and engineers, I had the privilege of learning from designers and social scientists and today have the privilege of working with students and colleagues trained from various backgrounds as well. I’ve learned how to approach problems from different perspectives and to value the diverse ways in which we leverage our skillsets to solve them. When I look at many of my colleagues outside of my immediate field of HCI, it feels as though there’s plenty of interdisciplinary work happening, but that might be my own bias. I don’t know too many people who have only had collaborators in computing. We’ve seen, and continue to see, how technology has led to negative consequences, even when the developers and designers had the best intentions. I would argue that we’re not seeing enough community-based work going on in the computing field more broadly. How many of us have interacted with and spoken to people with no connection to academia who use our innovations on a day-to-day basis? 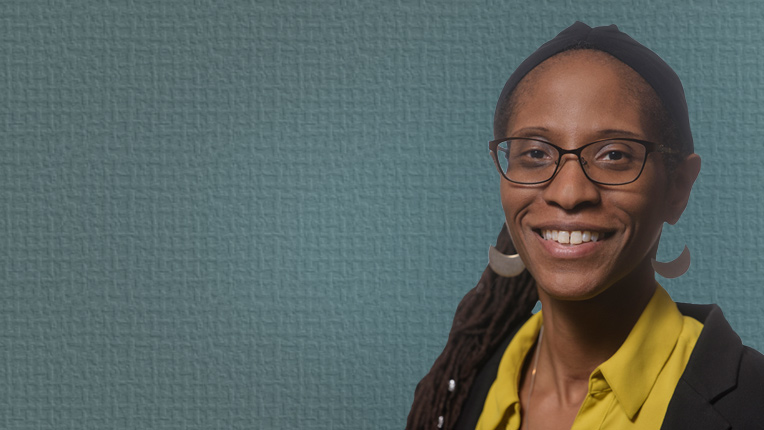 Tawanna R. Dillahunt is an Associate Professor at the University of Michigan’s School of Information (UMSI). She holds a courtesy appointment with the Electrical Engineering and Computer Science Department and is a faculty affiliate of Michigan’s Science, Technology, and Public Policy. Working at the intersection of human-computer interaction; environmental, economic, and social sustainability; and equity, her research investigates and implements technologies to support the needs of people experiencing marginalization. She leads the Social Innovations Group. Together, she and her colleagues have developed digital employment tools that address the needs of job seekers with limited digital literacy and education; assessed real-time ridesharing and online grocery delivery applications among lower-income and transportation-scarce groups; and proposed models for novice entrepreneurs to build their technical capacity. Prior to working in academia, she was a software engineer at Intel Corporation for many years.

Dillahunt was named a 2021 ACM Distinguished Member for outstanding engineering contributions to computing.