How would you describe your own core research interests within the human-computer interaction field?

Leaving Virginia Tech in 2012 after obtaining my PhD to start a Human-Computer Interaction (HCI) career in Egypt demonstrated first-hand the disconnect between teaching and practicing HCI in Western and non-Western contexts. My research interests in HCI lie in the processes by which digital technologies are designed in non-Western or so-called Global South contexts. One motivation behind this work is the fact that most technologies that we use in the Global South are predominantly Western designs. Digital technologies are exciting and widespread internationally, and we tend to think of them as global and universal. But we miss the fact that technology designs naturally embody the worldviews of their creators, and the latter is not universal.

I would like to illustrate this with an example from architecture. If we examine house designs within the city of Alexandria versus the Bedouin houses in rural areas, we find that the layout fundamentally differs and manifests how a family defines its private spaces, areas suitable for guests, family gatherings, etc. If we go further and ask one rural family to live in an urban house or vice versa, they will probably cope and possibly learn new things, but they still experience incongruity. The ill-fit between humans and designs (technology designs to be specific) is a major driver for HCI research and the kind of research I do. I deliberately use examples from the same country to show that differences in worldviews exist within and between countries.

Within that big picture, I am particularly interested in what makes a design process inclusive and participatory. My work therefore entails researching questions such as how a design process might seek the effective participation of diverse stakeholders, understand and navigate power structures, strive to bring the voices of those who are on the margins of technology to the table, and be attentive to the specificities of the cultural contexts of potential technology users. I employ methods such as participatory design, co-design, and decolonial approaches to design. Examples of research projects included designing a digital game for rural schools and designing mobile applications for Bedouin users to document their intangible cultural heritage such as stories and experiences. Other and more recent research contributions are analytical in nature and are intended to scrutinize and reveal the worldviews underpinning how African contexts, cultures, and users are perceived in Global HCI research. The premise is that understanding our perception of a certain cultural context will enable us to engage meaningfully in design activities in that context. This goes for Western and local designers alike.

You mentioned that you’re interested in decolonial approaches to technology design, could you explain what that means and speak to its relevance of this topic to CS professionals?

Decolonial thinking and decolonizing design are terms that are increasingly present in HCI academic spheres. For many of us, it might seem awkward to use such political term in talking about technology, but I have founded it to be a useful critical lens to inspect the assumptions of the world we carry over as technology designers. Decolonial thinking recognizes that the traces of the colonial structures have remained after the era of colonization ended. These traces manifest themselves in giving knowledge—often originated in the “modern” West—precedence over other kinds of knowledge (e.g., originated in local, non-Western contexts). That, accompanied with the fact that colonization erased and belittled local and indigenous knowledge, might mislead many of us to assume Western knowledge is ubiquitously valid. One might think of technology design as a form of knowledge creation—of certain people and the challenges they face—which are later framed and worked by designers. It is equally mistaken to consider a technology design that emerged in one part of the world as universally valid. Further, adopting decolonial thinking encourages us to question the politics of who is designing for whom and the power dynamics involved.

In my work with Egyptian Bedouins to document their heritage I came to understand the difference between collecting this heritage in a museum—where views of the curators might be foregrounded—and employing a bottom-up approach to allow the community to collect their heritage using mobile devices. The latter meant that multiple views inside the Bedouin community as to what represents valuable heritage are represented. The pluriverse is another concept in decolonial thinking that I think is useful when we engage in an inclusive design process with others whose worldviews are different from ours. Put simply, in the pluriverse multiple tangled and connected realities co-exist and do not correct each other. That requires, in my view, that we become more accepting and accommodating of our users. In my project with the Bedouins, the role of women in households and the community were different from the designers’ backgrounds. The design team discussed whose views should take precedence, although the answer should have been obvious. But letting go of one’s views sometimes is not as easy or straightforward as it might seem and requires the training of oneself as well as future generations. This is also why having diversity in the design teams in important.

What was the context of your recent paper, “Championing HCI Education to CS Undergraduates at a Grassroots Level: A Case Study in Egypt?” What was a key insight from this work?

The context of the paper was to introduce the field of HCI which I had learned in the USA to Egyptian computer science students. An effort that was met by a resistance on their side to the extent that had me think of designing short introductory learning courses specifically to motivate them about HCI. The main challenge I faced with my students was that they possessed technically oriented mindsets or had the worldview that technology is the solution of most problems. They tended to jump to design a technical solution or a piece of software that they thought appropriate without questioning its suitability to the user or context. I had to emphasize that they should follow and trust a design process in which an understanding of and engagement with users in mandatory. I challenged how they thought of typical computer users or context of use by asking them to design for rural farmers, people who cannot read or write fluently, children in remote areas, people in crowded hospital waiting rooms, patients in chemotherapy rooms, etc. Students were then sensitized to the fact that technology operates in a context and is given its meaning by users.

I think the key insight from this work is that educating computer science students in an interdisciplinary manner that enables them to be sensitive to understanding people and contexts would help in preparing them to deal with future technical problems where the lines between people and technology are blurred (e.g., design of responsible AI systems).

This article has a special significance to me because of the extended practical applied (rather than academic) impact it had. Colleagues from other Global South countries (Nigeria and Nepal) approached me because they faced similar challenges with their students, and I was happy to share my experience as well as teaching materials with them.

One of the motivating factors for founding ArabHCI was the hype in the discussion of social media and its role in enabling societal changes that accompanied the Arab Spring. The founders felt that the voices and realities on the ground were not fully represented and wanted to reinforce the need to encourage the global community to adopt what we called an “insider” perspective where many local voices are presented.

I think we learned a lot since then and tried to summarize our learning in the article “ArabHCI: Five Years and Counting.” Mainly, we were able to facilitate building a body of knowledge from empirical studies by Arab researchers about Arabic technology users and cultural contexts. We provided examples that explained the incongruity between assumptions made by Western designers and the realities of Arab technology users. An example of that is how some Muslim Arab users defer from using the Facebook event “Going” option and instead use “Interested,” even if they are certain they will attend because in Islam all future events should be accompanied by the sentence “God willing" or "InshAllah.” A design option of “Going God Willing” would be better suited for users who are so in touch with their religion. We also learned that Arab researchers needed to adapt and appropriate Western design methods and make them more appropriate to the Arab cultural context. Examples include the methods that require engagement and participation from users in Arabic busy households as well as female participants in conservative Arabic societies.

What is an especially exciting technology in your field that will have a big impact in the coming years?

I think this goes without a doubt to AI. HCI professionals are really good at bridging the communication gap between humans and technology. This is needed with AI technologies, where sometimes the developers of the technology themselves do not understand how AI decisions are made, let alone communicated, to human users. I think designing ethical, responsible, and sustainable AI systems is a challenging task that brings to the fore the core drivers and values in which HCI was cultivated, such as creativity and human dignity. Questions of how AI fits into our lives are urgent. Further, responsible AI is about people and their interaction with AI, not merely a technical question of how to create better and more accurate machine learning algorithms. There are many questions worth investigating in the Global South’s contexts—including how HCI professionals might engage in meaningful and balanced discussions with communities about AI and ensure their voices and worldviews are considered in the design of technologies such as bots, drones, or autonomous vehicles.

These are global questions. But what makes the Global South context more worrying is the history of blind adoption of Western technologies. Issues of data collection, sharing, and training machine learning models, the explainability of models and AI literacy, and the suitability or lack thereof of the ethical worldviews of Western AI to Global South’s users have to be researched locally. HCI and local design capacity need to be built in that direction. That is the premise of Responsible Human-Centred AI in Africa (RHAI-Africa)—a project I am co-leading with Prof. Anicia Peters from Namibia which was funded by the Google Award for Inclusion Research (2020) and Google AI (2021). Our goal is to design and implement an Afro-centric HCI curriculum that will provide theoretical and practical support to the AI ecosystem in Africa by sensitizing African AI startups to the issues of AI ethics, algorithmic bias and fairness, and social justice from a human-centered perspective. One of the unique aspects of that work is that it is designed to primarily address the African communities and technology makers. 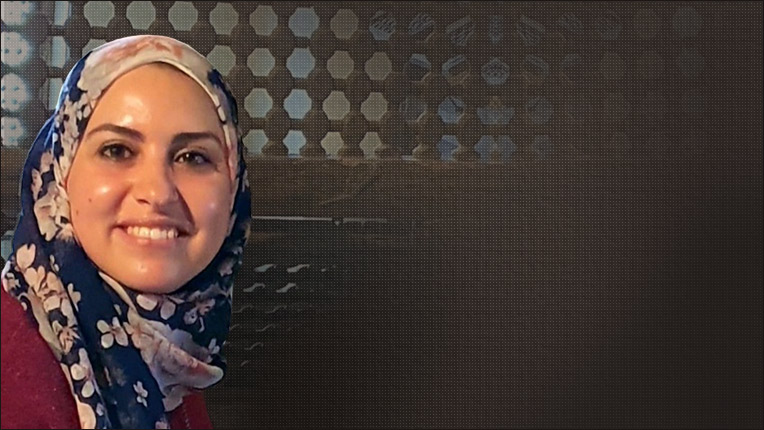 Shaimaa Lazem is an Associate Research Professor at the City for Scientific Research and Technological Applications in Alexandria, Egypt. Her interests include human-centered innovation, and responsible design of AI systems.

Lazem has worked on low-cost digital games for students in rural schools and mobile applications to document the intangible heritage of Egyptian Bedouins. She is a Leaders-in-Innovation fellow with the Royal Academy of Engineering in London since 2018, and the co-founder of the ArabHCI Community, an initiative that aims at promoting HCI research and education in Arab countries. She is currently designing an HCI curriculum for AI start-ups in Africa, funded by the Google Award for Inclusion Research and Google AI.